Worst Neighbor Ever: Worcester Lady’s Dog Poops On Neighbor’s Yard, Poops On Herself, Assaults Ambulance Drivers, Gets Handcuffed To Gurney Saw this story on a loyal Turtleboy Sports reader’s Facebook page. It all began when she put up this picture of her neighbor being put into an ambulance while handcuffed to the gurney: 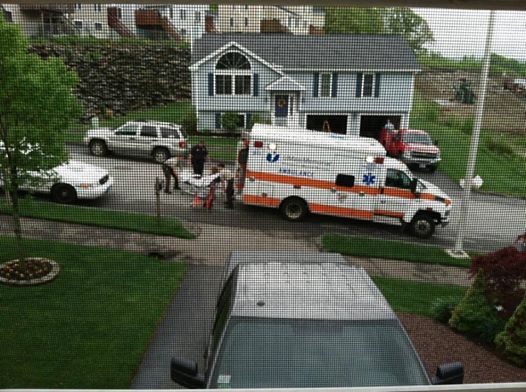 “This is my crazy neighbor who I have been dealing with for a couple of years. Things came to a head last year when I caught her bringing her dog over to my front yard and letting it shit there and not cleaning up after it. I kindly responding by returning the dog shit to her front door with a lovely note which was followed by the ever classy screaming match in the middle of the street.” 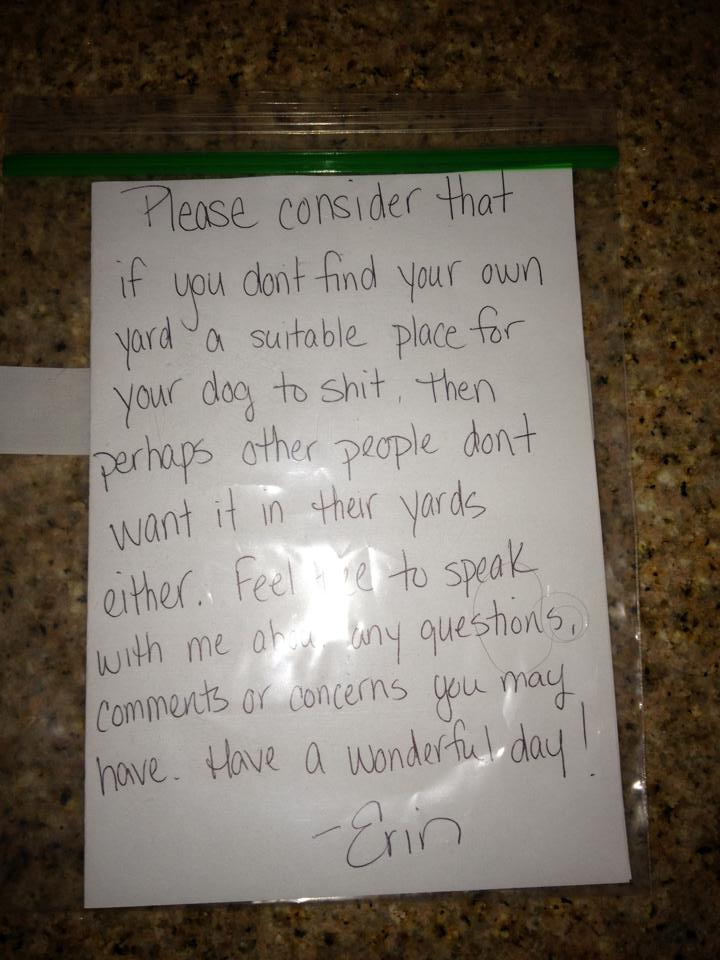 “The police have been here quite frequently dealing with her (not per my request) and someone called in a wellness check on her. Police found her in bed after she OD’d and had pissed and shit herself for days and the poor dog hadn’t been let out for days and also piss and shit all over the house. When they tried to take her out she became extremely combative and had to be handcuffed to the stretcher.”

I think I might be in love with this woman. Unfortunately she works for the CIA so I cannot reveal her identity because it will compromise national security. This is the type of person I want reading Turtleboy Sports. Someone who keeps it real and doesn’t put up with shit. Literally, shit.

Imagine if Margee Pesikov had heard about this? Her ten things I hate about Worcester video would’ve been at least 20. Based on the picture you can tell it’s not exactly Main South though. That’s what surprises me more than anything about this story. Fucked up people like this live in regular homes. My question is, how do they afford it? Like, I have a college degree and I feel like I’m gonna be foreclosed on any minute now. How do crackheads pay the bills? And who approved them for a mortgage? I mean if this lady can’t even get up to clean the feces off of herself I just can’t imagine her having the work ethic to get her ass down to the welfare office to pick up her check. 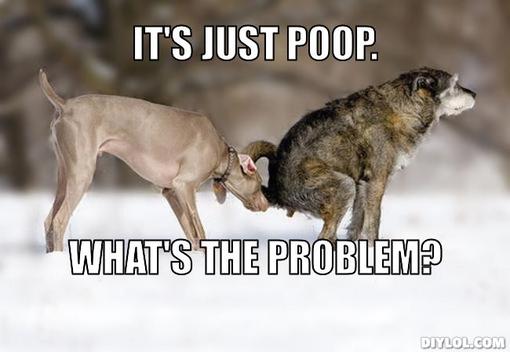 My whole take on this isn’t about the insane dog lady. It’s about dog shit in general. Now back in my day we had a family dog. Every day we had to take her for a walk and watched as she christened other people’s property with her sweet glorious dumps. Never once did we ever pick it up, and no one gave a shit (no pun intended). Now my folks have a new dog and they have to bring a bag with them every time they take the dog for a walk.

My question is, when the hell did the rule change about dog shit?

Was there a mass meeting about this that I missed? Because literally no one in the 90’s picked up their dog’s shit. Now there was some basic etiquette for walking the dog. Almost every house in Worcester has a lawn, followed by the sidewalk, followed by a small patch of grass, followed by the curb, followed by the street. Everyone knows that the small patch of grass between the sidewalk and the curb is where dogs unleash their steamy dumps. I mean, that’s why they’re there right? I can’t see any other possible function for that space. Under no circumstances did you allow your dog to shit on someone’s lawn though. That’s always been against the code. We’re not savages after all.

Now the downside to the old system is that once in a while you stepped in shit. But honestly, if you knew that the grassy patch is off limits then you don’t step on it. Ever. Unfortunately I forgot this rule a lot when I was in high school. I stepped in shit ALL THE TIME. Like, we’re talking possible world record status. And it always seemed to happen every time I got a new pair of shoes from K-Mart.

Like this one time I walked into school, I think it was junior year, and unbeknownst to me I had dog shit all over my brand new kicks. Now my school had no walls, except for a couple rooms. One of these is where Mrs. Bessete’s french class was held. This was the perfect storm waiting to happen. Within minutes of first period starting the room was overcome with a smell that is universally recognizable – dog shit. There was simply nowhere for the odor to escape.

The teacher grilled the class about who trekked dog poo into the class. 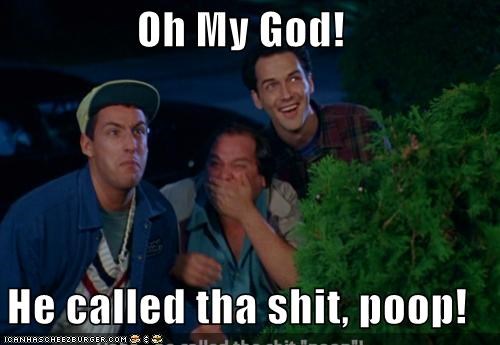 I couldn’t wait to find out who the culprit was. Was it the quiet Asian kid in the back? Or perhaps it was the dorky white kid in the front row. I knew it couldn’t be a girl. Girls simply don’t step in dog shit – it was always a guy. It must be a guy. But who?

After no one fessed up to it Mrs. Bessette decided that a shoe check was in order. She went up and down the rows inspecting everyone’s shoes. When she finally came to me I showed my left foot first. All clear. Then the right. 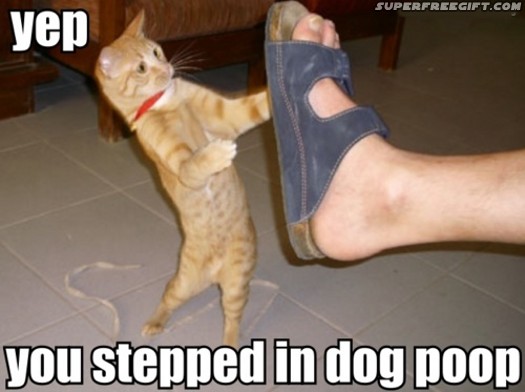 It was at that moment that she shrieked. Of course it was me the whole time. Of course it was. So she banished me to the hallway, gave me a pencil, and made me scrape the poo into a trash can. The rest of the day sucked. So yea, I’m never owning a dog if those are the rules. And what was this woman who can’t stop herself from pooping on herself thinking when she decided to get a dog? “Yea, that’s what I’m gonna do – I’m gonna get a fucking dog.” Under no circumstances am I going to follow an animal around and pick up it’s shit multiple times a day as a chore. No animal is worth that. I mean, people don’t even wanna change diapers for their family members. You do it, because it’s a human being that you love so you have no choice.

But a dog is something you choose to get. If you’re willing to follow it around with a bag and scoop up it’s feces then more power to ya. That’s why this lady whose dog keeps dumping on our Turtleboy Sports girl’s lawn is such a lowlife. She knew the rules, she still got a dog, and then she was too lazy to pick up her dog’s juicy dumps. And of course she ended up covered in her own poo while being handcuffed to a gurney.

So the lesson of the story is that in 2014 if you’re not willing to pick up after your dog then you shouldn’t own one. Unless you don’t mind being taken away by an ambulance while under arrest and covered in your own poo.