“These are serious charges,” Rosenberg, D-Amherst, said in the statement. “They are now being handled by the judicial system. I have faith in that system and trust that it will adjudicate this case fairly.”

Rosenberg separated from Bryon Hefner and stepped down from the presidency of the Massachusetts Senate, a powerful post, after the Boston Globe reported four men alleged sexual misconduct against Hefner and claimed he meddled in state Senate matters. Rosenberg remains a state senator and is running for re-election as the allegations rocked the Massachusetts State House. The indictment is in connection with allegations of sexual assault and distribution of nude photos without consent. The charges were announced by the offices of Attorney General Maura Healey and Suffolk District Attorney Dan Conley. How is Stan Rosenberg getting a pass on this one? Dude married damaged goods because the sex appeal was too strong. He brought a snake into the Statehouse, who used his relationship with Rosenberg to sexually assault multiple people over the years. Rosenberg is 38 years older than Hefner!! He was thinking about one thing and one thing alone when he entered into a relationship with this pervert – sex. Because when you’re a crusty old Amherst fart like Stan Rosenberg, you’re supposed to settle for someone your age.

Not Stan though. He had to go for the young meat. Not just young meat – young VULNERABLE meat. Here’s an article from 10 years ago in the Turtlegram about Hefner overcoming a rough childhood in the foster system and transitioning to adulthood:

The first 10 years of his life were spent in unstable, abusive conditions with his biological mother and half-sister, he said. They were homeless and bounced back and forth between his grandmother and uncle’s houses. His father and stepfather were in and out of their lives, and his mother abused drugs and alcohol, and physically and emotionally abused him. At 10 years old, he was sent to an emergency foster home, he said.

“They decided they didn’t want me anymore,” Mr. Hefner said. “They were given a choice and they said, ‘Take him.’ ”

His first foster home did not work out, he said, because they tried to assimilate him into a family setting that was unfamiliar to him.

“I did not adjust well at all,” Mr. Hefner explained. “I had my own mother, and no matter what I did, she told me I was always wrong. She didn’t care about me, and only knew how to neglect me and beat me, so I pushed away my foster mother. I did not know how to have a mother.”

He was then sent to a psychiatric hospital for two months for evaluation before being sent to the RFK Lancaster campus. He was watched round-the-clock and educated there and excelled to the highest level of the program. At 14, he was told he had to leave.

“I fought tooth and nail to stay, but it was time for me to move on,” he said. “I didn’t need that level of supervision anymore.”

He was then sent to a group home in Taunton, where he was once again abused, he said. After a series of foster and group homes, running away and staying with his biological family again, Mr. Hefner ended up in a juvenile detention center and then another group home.

“It was horrible,” he said. “I hated it, and it wasn’t what I needed, and I couldn’t go to public school. There was no emotional or intellectual stimulation. I didn’t have teachers, and I was given an Algebra II book and taught myself.” 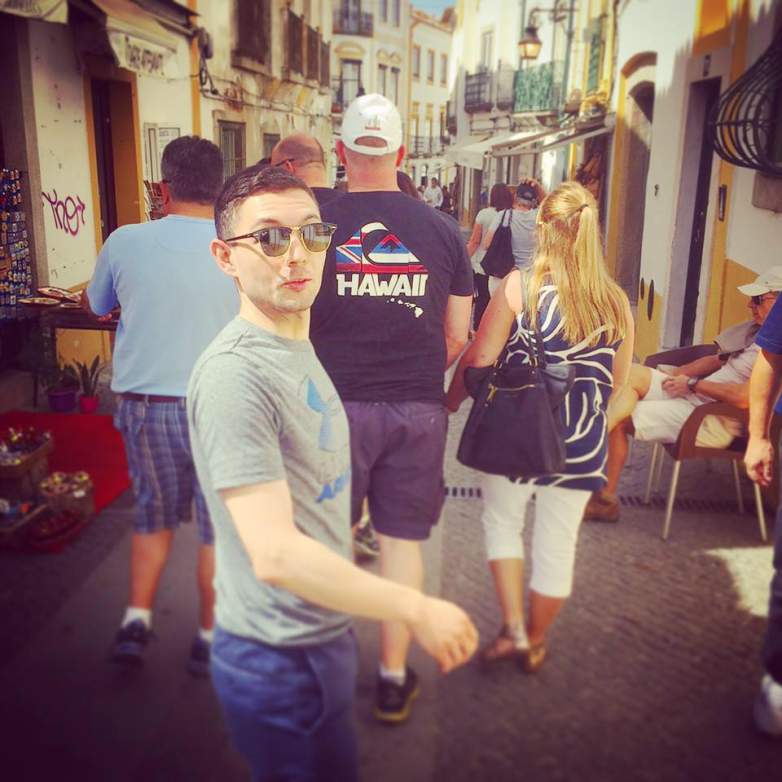 This article was written in July of 2008. They started dating in September of 2008 after serving as an intern for Rosenberg. He was 20 at the time and Rosenberg was 58. Stan obviously read this puff piece. He knew that his intern was young, vulnerable, and damaged goods. But he dated him anyway, because the sex appeal was just too much to pass over. They have almost no public pictures together, which is weird because they were MARRIED!! It’s almost like Stan knew that he was dating trash, but it’s all good because the young stallion was bringing the heat in the bedroom.

Sure, Hefner was likely an emotional basketcase who would bring Stan nothing but problems down the line, but Rosenberg wanted a nice piece of ass so he looked past all this to satisfy his own selfish sexual desires. He’s basically the gay version of Steve Levine. Except Steve Levine wasn’t the Senate President.

Hefner was doing some dirty and corrupt shit:

Four different men told the Globe that Hefner harassed or sexually assaulted them over the past few years: three saying Hefner grabbed their genitals, and one saying Hefner kissed him against his will.

The Globe’s account says their “account is based on interviews with 20 people who have dealt with Hefner or know his alleged victims. All of the men said they felt powerless to report the incidents because they feared alienating Rosenberg, with whom they believe Hefner has tremendous influence. Reporting Hefner’s behavior to Rosenberg or the authorities was a career-threatening prospect, they said.”

This guy’s going around the statehouse, grabbing vomit rods, sending unsolicited dick pics, and doing so knowing full well that his victims are scared to come forward due to the fact that their abuser is married to a powerful man.

Did Rosenberg know his trophy husband was going around grabbing porridge guns? Maybe, maybe not. I’ll give him the benefit of the doubt. But the writing was on the wall. Hefner created this Twitter account to mock his powerful boy toy’s colleagues in 2014:

All of his colleagues in Boston knew about it, but they didn’t say shit because as a gay man from Amherst, Stan Rosenberg was part of a protect class.

Look, there’s plenty of powerful straight guys that bang good looking younger chicks because they can. It’s just the way things work. But you don’t make a ho a housewife. Everyone knows that. And Bryan Hefner is now and always has been a ho. An emotionally damaged train wreck of a ho. Rosenberg knew that and he married him anyway, when Stan was 65 and Hefner was 27. They media fawned over it and we were fed this narrative about how great it was because two men could get married, and how gay people in Massachusetts can rise in the house that Billy Bulger built.

And this is the danger of celebrating diversity. Instead of people applauding the State Senate President for breaking down LBGT barriers, perhaps they should’ve pointed out how disturbing it was that he was marrying a fucked up 27 year old who was already bragging about the influence he was about to get from his soon to be husband. Because none of this would’ve happened if he had just dated in his own league. But then again banging a junior smokeshow 20 year old intern, knowing full well that he was damaged goods, was a lot more fun and exciting then dating someone his own age.

Look, I believe in full equality between gay and straight people. But if Stan Rosenberg were straight, and he married some damaged goods psycho broad who used to be his intern, this would be a #MeToo moment. He took advantage of a vulnerable, damaged pervert, and he used him for his own selfish desires. In doing so he put innocent people at risk of sexual assault and he brought shame upon the State Senate. The fact that he still serves as a Senator is a disgrace and he should resign immediately.

Where’s Jamie Eldridge on this one? He’s Mr. Virtue Signaler on Twitter. Constantly looking for points every time he tweets out about sexual assault or #MeToo. Yet he hasn’t said a word about his friend and colleague. Wonder why?