It was only a matter of time until the Boston Globe tried to make you understand why dangerous cop killer was allowed to roam the streets despite being a dangerous career criminal. Because we were all waiting to hear the other side of this issue. There was a lot of demand for that. Sure, many of us came to the conclusion that this was the direct result of judges and prosecutors not doing their jobs. But that’s because we’re not enlightened like the good folks at the Globe, and we haven’t really delved into Jorge’s side of the story. After all, the Globe was the newspaper that printed this opinion column from Gish Jen, in which she blamed the Boston Marathon bombing on racism and claimed that Bay Staters “failed the Tsarnaevs.” Gish Jen must’ve been busy sipping tea at an organic coffee shop in Cambridge this week, but luckily Shelly Murhpy at the Globe was there to show the other side of the story. It’s kind of long, so let’s look at some of the highlights….

“The arrest records reveal a pattern of hostility toward police, one that culminated tragically last month when Zambrano allegedly killed Auburn police officer Ronald Tarentino during a routine traffic stop.” Zambrano, 35, was killed during a shootout with police in Oxford, about 18 hours after police say he shot and killed Tarentino.

Allegedly?? Only the Globe would feel the need to go out of their way to use that word when describing this animal. Because we don’t wanna jump to any conclusions or anything. We don’t know for sure that he did it. The police just SAY he did it. Sure the car he was driving was radioed in as the murdermobile, he was holed up in a house with the same gun that was used to kill Ron Tarentino, and he could’ve surrendered and explained everything if it wasn’t actually him who did it. But the mean police killed him before he could have a fair trial, so now the Globe will forever refer to him as the alleged killer.

From the point on Shelley Murphy goes on to detail the many times Jorge Zambrano was arrested and violated probation. But instead of interviewing people who could explain how this ridiculous system got this way, she instead chose to interview people who think this proves that the justice system is working just fine.

The trial court and the Worcester district attorney’s office are reviewing how his criminal cases were handled. The court’s preliminary review indicated that no procedures were violated.

Many legal specialists said it’s unfair to assign blame in the Zambrano case, given the difficulty in predicting who poses a risk of lethal violence.

“I don’t think anyone could have predicted that by releasing this man he would have committed such a violent crime,” said Randy Gioia, deputy chief counsel of the public defender division of the Committee for Public Counsel Services. “It doesn’t strike me that it’s an unusual case that was crying out for someone to be held (without bail).”

Yea, who would ever have seen this one coming? The repeated pattern of assaulting police officers, carrying weapons, and selling drugs means nothing. Everyone was shocked that Jorge Zambrano didn’t turn his life around when he was released from prison in 2014 and start working on his Master’s.

But in each of Zambrano’s cases, Scola (Zambrano’s lawyer) said, there were extenuating circumstances. That led to a joint recommendation in March by prosecutors and Scola, adopted by Mandell, that Zambrano should undergo a mental health evaluation and treatment rather than return to jail for assaulting the police officer in January and several other charges.

He was sentenced to a year’s probation, which he soon violated by testing positive for cocaine. Still, he remained free.

“When do you give up on people?” Scola asked.

Yup, the Globe just HAD to let us know that Tony Scola, a man who was investigated for murdering his wife, a case that remains unsolved, thinks that we shouldn’t give up on the likes of career criminals such as Zambrano. See, if Shelley Murhpy actually wanted to do her job, she would have interviewed someone at the probation department and asked them the following question:

“What’s the point of probation if you can violate it and not go to jail?”

But instead she wanted to hear Tony Scola’s opinion. Makes sense.

Scola noted that Zambrano’s convictions since he got out of prison in 2013 were misdemeanors, and none involved a gun. His only felony charges, for carrying a folding knife, were dismissed by prosecutors.

Yup, beating a woman, assaulting police officers, carrying folding knives, and selling drugs are OK, because none of them involve a knife. Therefore it’s not a big deal.

Attorney Edward Ryan Jr., a former prosecutor and Massachusetts Bar Association president, said Zambrano’s case did not warrant a dangerousness hearing. His girlfriend denied that he hit her, he noted, and he was ultimately not charged with assaulting or threatening the police officers.

“Any good prosecutor is unlikely to have requested a dangerousness hearing on the facts presented in that case,” Ryan said.

Yup, you guessed it. Trashley Losapiho. The woman who is sleeping with the Jorge’s twin brother Giancarlo Zambrano. Because we were all wondering if Ed Ryan thought that Jorge got a fair shake. And why would the prosecutor request a dangerousness hearing? It’s not like Jorge Zambrano repeatedly showed that he was a danger to society or anything like that.

How is this Ashley Losapio story not bigger? She worked in the probation department while her boyfriend’s brother repeatedly violated probation and never got in trouble for it. What am I missing here? This is a woman with connections, who was either directly or indirectly in contact with this animal, and likely has the ability to “fix problems.” She has admitted in the past that she gives confidential information to criminals. So are we just to assume that Jorge Zambrano was the one guy on probation who she did not provide help to? Insane.

Seven weeks later, another Worcester County prosecutor recommended that Zambrano be placed on probation for the January assault, in which he allegedly tried to pull a police officer into his car with a pit bull inside. Zambrano’s lawyer said he was asleep in his car and was startled when police checked on him.

The prosecutor, who was not identified on the recording, told the court the officer “explained to me that the situation was intense, but he recognizes that the defendant probably needs more help than jail time.”

The prosecutor is the one saying that he needs more help than jail time??? Oh yea, none of this is the fault of Joe Early’s weak ass DA’s office. Newsflash – it’s the job of the defense attorney to say that the defendant needs more help than jail time. It’s the job of the prosecutor to be a hard ass and put criminals in jail. Act like you’ve watched Law and Order SVU before.

Great job of investigating by Shelley Murphy here too. The prosecutor wasn’t identified on the recording so she just gave up and called it a day. Wouldn’t wanna name names or anything like that. Such a Globe move.

Zambrano pleaded guilty to assault and battery on a police officer and a variety of other charges, resolving several of his cases. In sentencing him to a year’s probation, Mandell warned Zambrano that he would face 2½ years in jail if he violated the terms. But in April, Zambrano tested positive for cocaine twice and suboxone once, and admitted to using both drugs on another occasion, according to court records. Still, he remained free.

A probation officer was working with Zambrano to obtain MassHealth coverage and had referred him to a mental health clinic “to get that process going,” the Probation Department said. Zambrano had completed an intake interview on May 10, and a full evaluation was scheduled for mid-May.

Oh good, instead of putting him in jail the probation office was forcing the taxpayers to pay for Jorge’s mental healthcare via MassHealth. And once again, Ashley Losapio WORKS IN THE PROBATION OFFICE!!! The only job of the probation office should be to check and see that people on probation don’t violate it. Instead they did this:

In Zambrano’s case, probation notified the court of his violations, but had not recommended he go to jail, according to court records.

Why is Ashley Losapio’s place of business going out of it’s way to help this dangerous woman and cop-beating savage stay on the streets? And who is this probation officer? Why aren’t they named? Are they friends with Ashley Losapio? Hey Shelley Murphy – these questions matter. How can she mention the probation officer going to bat for this scumbag and not mention that his twin brother was not only drilling, but spending LOTS of money on gifts for Ashley Losapio? 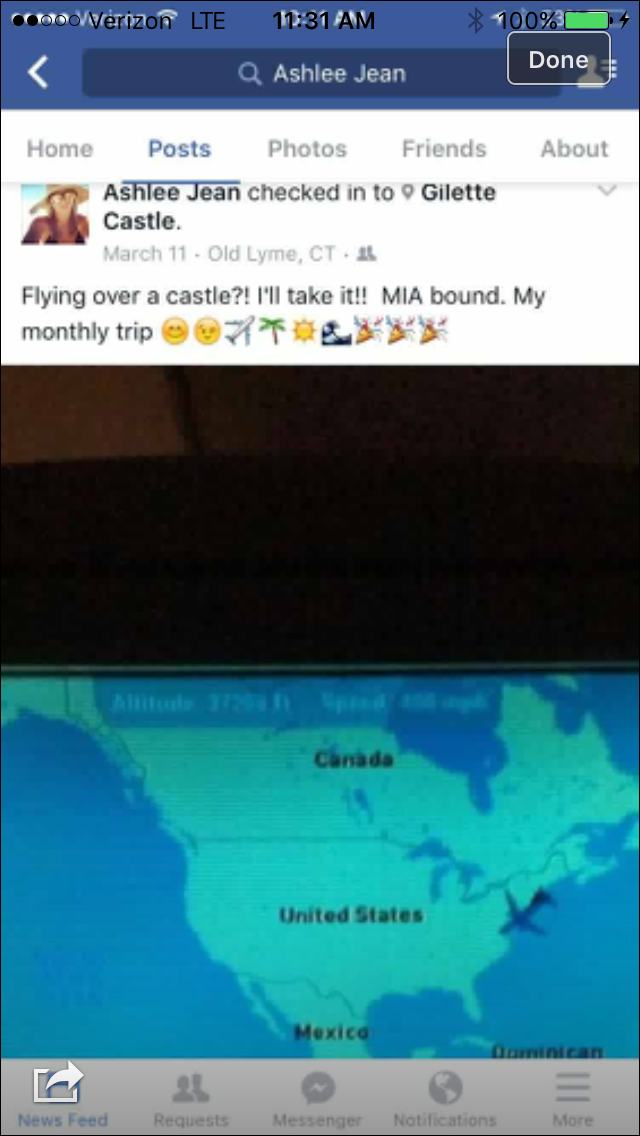 Isn’t this bribery? Isn’t this a conflict of interest? Doesn’t this violate Massachusetts State Ethics laws? Teachers can lose their jobs if parents give them gift cards for Christmas. So why is a probation officer allowed to accept gifts from a guy who not only is the twin brother of a career criminal out on probation, but also  has many court appearances himself. Check out the Worcester Courthouse records from 2011:

He was also in court last month for scamming a woman out of $14,000 for some work that his “contracting” company was going to do, but never did. He didn’t show up for his hearing, had a warrant issued for him, and then showed up later, paid only half of what was owed, and somehow was allowed to walk out of court a free man.

And guess who the judge was who continued Giancarlo’s case that day? That would be the honorable Judge Paul McGill. The same judge who let Jorge Zambrano off on personal recognizance in January after he beat the shit out of his trashbag girlfriend on the highway, injured a cop while he resisted arrested, and told police officers he could take them all on. This guy let off not one Zambrano, but two. Wonder if he eats lunch with Judge Paul Losapio. Just sayin.

The Boston Globe continues to be a trashy, larger version of the Turtlegram. A newspaper that literally wrote a satirical front page story about the doomsday scenario that would occur if Donald Trump were elected President. Their agenda is to always make you empathetic towards the criminal. They suck, and so does everyone who has blood on their hands from Ron Tarentino’s senseless murder.