Brockton Hood Bunny Mom Who Assaulted Her Crotch Fruit’s Teacher In 2016 Was Arrested Again For Scamming Elderly People And Stealing Identities By Pretending To Be Cops, Healthcare Workers, And Salvation Army Employees Brockton Enterprise: A woman accused last week of posing as a cop and a Salvation Army worker during a string of December thefts has now been charged with impersonating a home health aide in Stoughton and robbing an elderly victim — and police say there are likely other victims. Carla Darosa, 40, was arrested Sunday at her home in Boston by Stoughton, Brockton and Boston police detectives, a little over a week after she was arrested by Brockton police on 16 charges connected to thefts that police say occurred before Christmas. Police say there are others they’re investigating that she may be connected to dating back to October. Darosa pleaded not guilty Monday in Stoughton District Court to charges of unarmed burglary, breaking and entering during the night with intent to commit a felony and larceny under $1,200.

The Norfolk County district attorney’s office requested Darosa’s bail be set at $2,500 but Judge Daniel O’Malley set her bail at $500, which was posted Monday and she was released. Stoughton police Lt. John Bonney said the department felt it was appropriate for the prosecutor to move for a dangerousness hearing “given the gravity of the offenses,” which would have resulted in Darosa being held without bail pending a hearing in which prosecutors are required to prove a suspect presents a danger to the community if released prior to trial.

“All we can do is put the best case forward and when it goes to court it is out of our hands,” he said.

The charges stem from a July 14, 2020, incident in Stoughton. Police say an 88-year-old woman was robbed by Darosa, who posed as a home health aide, wearing blue scrubs, a mask and gloves and carrying a medical bag.

“Our detectives were able to determine the suspect was a female who had entered the home under false pretenses,” Bonney said. “The suspect went to great lengths to cover her identity, but a very specific tattoo was seen on video surveillance.”

The family told police that a wallet, bracelet and a set of house keys was missing from the home. Police say the same woman is believed to have entered the home again on Aug. 13 and stolen a purse. Stoughton police say they recently learned Darosa may be their suspect after Brockton police contacted area departments to be on the lookout for her.

“Their investigation had revealed that she had used stolen identities to make purchases in Stoughton,” Bonney said.

Stoughton police Detective Daniel Barber “saw the bulletin and quickly drew similarities to our burglaries from this past summer,” Bonney said. Barber compared the Stoughton burglary suspect’s tattoos to those of Darosa “and found they were identical,” Bonney said.

“He continued to investigate from there and working collaboratively with Brockton police they were able to determine that evidence recovered from a search warrant matched evidence stolen from our victims,” he said.

Stoughton police were granted an arrest warrant for Darosa, which police say was executed Sunday at her 40 Boylston St. home in Boston. In Brockton, Darosa was accused of pretending to be a police officer and a Salvation Army worker during a string of December thefts.

“Police believe Darosa steals mail that doesn’t belong to her so she can commit identity fraud,” Brockton police spokesperson Darren Duarte said Monday. “Our investigators say she has stolen bank and financial information from unsuspecting people here in Brockton, Abington, Stoughton and Boston. Brockton detectives are also looking into whether she has filed false tax returns using other people’s names.

“They expect to charge Darosa with several new crimes later this week.” How the hell does a ratchet from Brockton end up living on Boylston Street? That’s high end, right by the Boston Common rent. They take Section 8 there now? And if she lives in Boston then why is she still robbing people in Brockton and Stoughton? Better question – how the hell would anyone ever believe a ratchet like this rummaging through their mailbox was a cop? 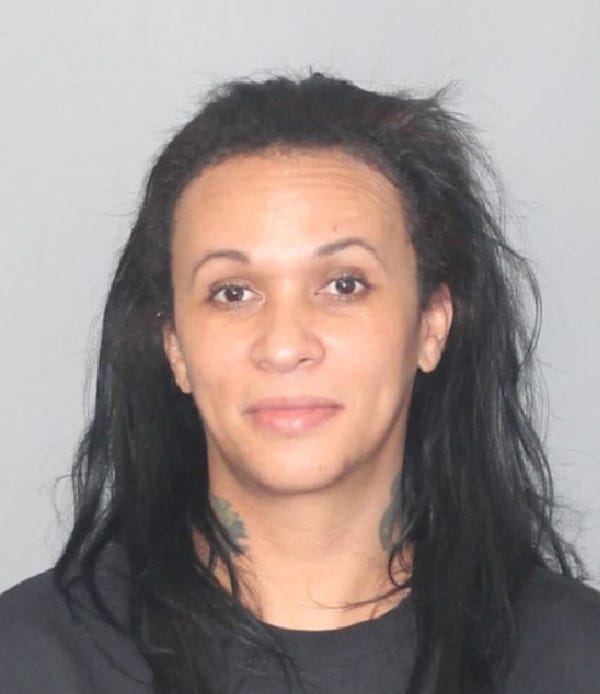 If she were smart she would’ve just filled out a postcard and had these people’s mail directed to her house. Apparently you can just fucking do that without any consequences, because it happened to me in October.

Anyway, if the name Carla Darosa rings a bell then you’re likely an old school turtle rider, because I blogged about her 5 years ago when she got upset about the fact that her daughter made up a lie about her teacher calling her Ratatouille when she didn’t do her homework, and barged into Brockton High School to fight her crotch fruit’s teacher:

“I’ll (expletive) you up!” she yelled while trying to get into the classroom, court records show.

Darosa said she got a text from her daughter Wednesday saying she was upset that her English teacher was talking about her to other students and in the past had made fun of her appearance to the class.

“My daughter gets straight As. … It wasn’t over her taking points off a project,” Darosa said. “It was over a teacher calling my daughter names like Ratatouille and mentally abusing my daughter.”

After receiving the text message from her daughter, she went to the school and said she asked to speak with Donovan and the teacher. She said she did not trespass at the school.

“She tells me she was out in the hall the whole time,” Darosa’s attorney John Doherty said in court. “Did she speak loudly? Yes. Did she ask for [the teacher] to come into the hall to address her concerning what she’s been telling her young daughter loudly? Yes. At no time did she use the language that the State said she used.”

Darosa has had 10 warrants issued for her in the past and has had multiple cases continued without a finding, including a 2013 case out of Stoughton where she was accused violating a harassment order, officials said. Only in Brockton can someone with 10 warrants just walk into a high school without any resistance, march up to their child’s classroom, and fight the teacher. You’d think that with school shootings and whatnot they’d take precautions not to let every deranged Brockton hood bunny with no job and nothing but time on their hands waltz into the school and walk around like it’s Barnes and Noble. This was normal to her and she saw nothing wrong with it, and because it’s Brockton most people agreed that this was an example of quality parenting.

But now that we know that she also goes around pretending to be cops, taking people’s mail in multiple cities in order to steal their identity and file fraudulent tax returns, and pretends to be a Salvation Army employee and a home health worker in order to rob families and the elderly around Christmas time, I’m beginning to think she wasn’t being completely honest about the incident at Brockton High School in 2016.

P.S. The daughter was 15 at the time, and since they lived in Brockton it means that the odds Carla is a grandmother are astronomically high. Only a matter of time until she makes her TB debut.