Can you believe it’s been six months since we broke the Alli Biblowgate scandal? We originally alleged that District Attorney Joe Early, who is good friends with Alli Bibaud’s father Judge Tim Bibaud, was the one who first made a phone call to the Massachusetts State Police telling them to alter Alli Bibaud’s arrest report to get rid of the “do you know how many guys I had to blow to get that heroin” statement.

Since we broke that story it blew up and has led to the resignation of 4 high ranking members of the MSP, including Colonel Richard McKeon, who fell on the sword and claimed to be the lone wolf responsible. But DA Early has vociferously denied that he had anything to do with it, which never made any sense because how else would the Colonel of the MSP have been alerted to this one particular arrest in Holden? There are thousands of arrests every week by the MSP. Are we to believe that the head of the MSP goes through every single one on his own and tells troopers to delete embarrassing information on everyone who was arrested? Nope. Someone made a call.

Yet the butthurts who refuse to admit that we are the realest news in Massachusetts continue to claim that we lied about Early, since it’s never been proven that he did in fact make a call and ask for the arrest report to be altered. Well, the truth came out today……

Masslive: “There [sic] were the result of flawed judgement [sic] and a lack of professional analysis as to the requirements of report writing consistent with the training of the MSP, the requirements of the government’s discovery obligations, and the conflicting advice from DA Early concerning the revision of the reports that have been submitted in support of an application for a criminal complaint,” the report continues.

“Early asked McKeon, ‘what are you going to do,’ about the Bibaud report. McKeon said he could not do anything because he ‘thought that ship had sailed, meaning that [he] believed that this had already been with the court,” the report reads.

The two had multiple phone conversations on the matter, according to the report, and Early told McKeon that changes could be made to remove the offensive language.

McKeon “‘had no doubt in [his] mind that the District Attorney was correct,’ ‘that there would be no problem in making changes to the…report,” the State Police review reads.

Boom. Roasted. Never, ever, ever, ever doubt the turtle. Ever. We would NEVER print something that wasn’t true with this serious of a matter. We were meticulous and thorough when we researched this blog. We knew he was involved, and now the truth has come out.

The worst part is that it sounds like Colonel McKeon initially didn’t want to do it because he “thought that ship had sailed” and it was too late to alter the report. But instead of accepting that Early pressed and had “multiple” conversations to try to use his influence to cover up an arrest report in order to do his good friend Tim Bibaud a solid. He insisted that changes COULD be made, despite McKeon initially telling him that it was too late. This is INSANE!!! He wouldn’t take no for an answer. He didn’t just call up the State Police and ask once. He did it repeatedly. He used the power of his elected office to pressure the highest ranking member of the MSP to alter an arrest report. And then when the troopers didn’t want to go along McKeon punished them!! Because he had to, because Joe Early wouldn’t stop calling him about it!

Oh, and remember how we opined that McKeon would’ve had no way to know this arrest occurred in the first place unless someone used their influence to call him? Yup, turns out we were right:

Mr. Early, who was interviewed by investigators from the AG’s office, acknowledged that Col. McKeon was unaware of the arrest of Ms. Bibaud when the DA first spoke to Col. McKeon about it.

The report also indicates that McKeon did what he did because Joe Early “was previously my boss”:

Well, it was after that I had the conversation with Joe Early, and all indications were that this was the appropriate thing to do. I must say that he was previously my boss. He’s the prosecuting District Attorney in that county.

Early knew McKeon would do what he asked because he was intimidated by him. It’s a blatant abuse of power. And in the same report Early basically admits that he’s never done this before, and was only doing so to help his friend Timmy out:

“DA Early told us that he was concerned the statements about sex acts needlessly stigmatized a person struggling with addiction, and were likely to generate prejudicial pretrial publicity, and did not contribute to establishing probable cause,” the AG’s report said.

“When asked, DA Early could not recall another instance in which he contacted a police department or otherwise personally intervened in a matter because of such concerns.”

Do you think the average crackhead on the street gets Joe Early to call the MSP and have the arrest report scrubbed because Early is “concerned the statements stigmatized a person struggling with addiction?” Nope. He was concerned because it was his friend’s daughter. And he was using the power of his office to force a subordinate (McKeon) to force his subordinates to force their subordinates to change the report in order to protect the integrity of a woman who clearly hasn’t given a shit about her integrity in a long, long time. Here’s my question – did Early take it upon himself to do this? Or did Judge Bibaud ask him to? We know that Early saw the arrest report on October 17. But had Bibaud? Bibaud admits to picking her up on the 16th at the Holden barracks. Did they give him a copy of the report? That was not investigated by the AG.

But I can’t imagine a situation in which Early went rogue without Bibaud knowing about it. Not that I’d blame Bibaud, after all, it’s his daughter. But that’s when Early has to tell him, sorry can’t help you out with that one Timmy. It’s unethical and illegal. What really pisses me off is that there are 3 victims here – the 3 state troopers who were punished for doing their jobs. All 3 of them were put in a situation where they had to choose between breaking the law by altering an arrest report or potentially losing their jobs. And they had no recourse either. Early, McKeon, and Major Anderson had created an atmosphere where troopers feared being ethical.

Think about that. The cops were afraid to be ethical. That is unacceptable. We should be rewarding police officers who do their job well and don’t do favors for friends and bigshots. But instead the MSP punished the good cops, while handing sweet jobs to drug dealers like Leigha Genduso. It’s a culture that Early helped create, and for that he should be out of a job.

And it was all to protect the integrity of this woman: 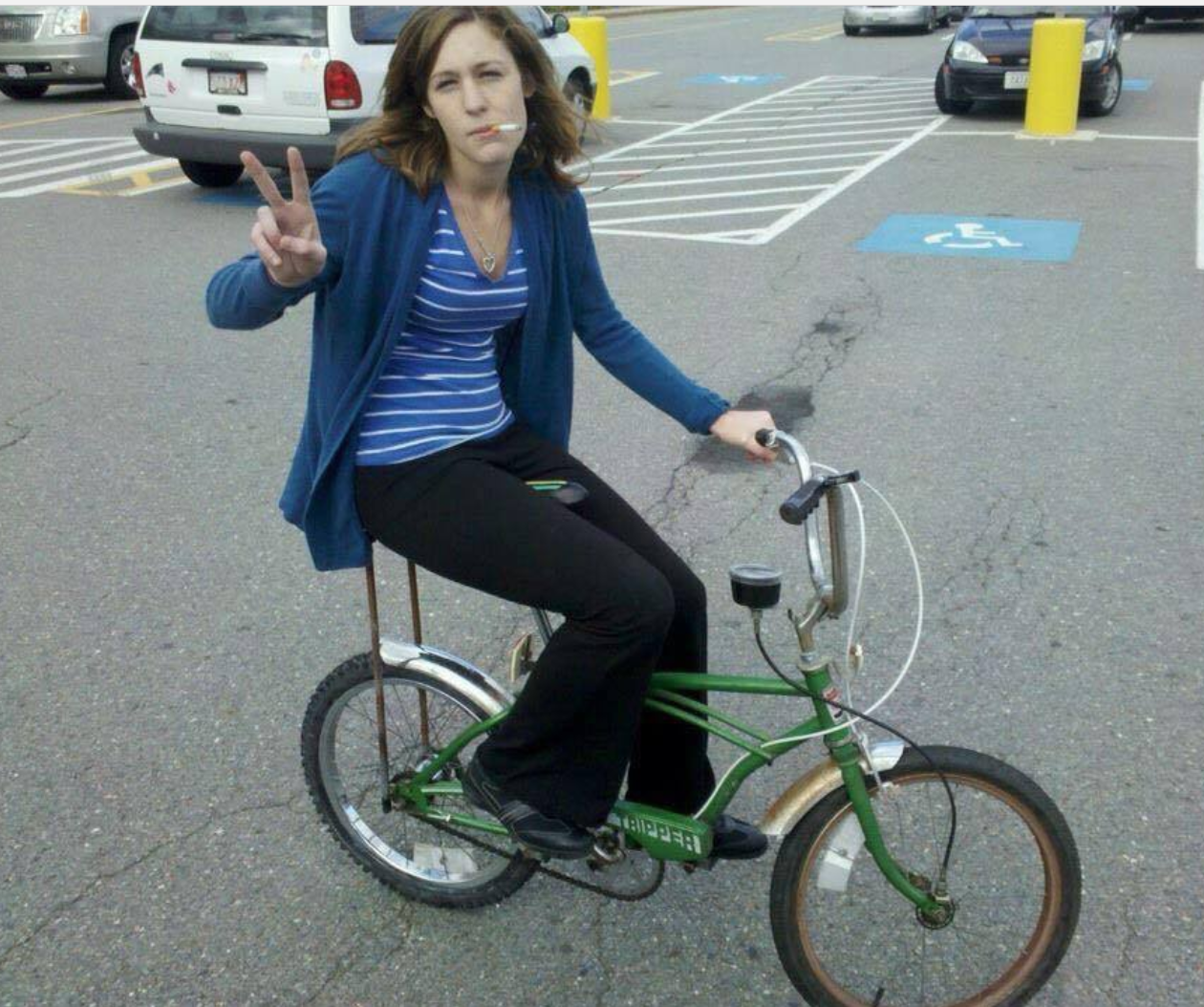 Bibaud tried to smear Turtleboy by running to Worcester Magazine, a free newspaper whose editor Walter Bird has repeatedly been accused of sexual harassment by multiple women, and calling Turtleboy a liar:

But if we lied about it, then how come he hasn’t sued us for libel yet? He’s a judge. He knows more about the law than anyone. Yet here we still are. Hmmmm….

Of course Maura Healey will not be pressing charges against Joe Early too:

The AG’s report said that although the agency would not be filing any criminal charges against Mr. Early, “For that reason, we are referring it to the State Ethics Commission as we believe civil ethics statutes may be potentially implicated by the conduct here, including the unwarranted privileges statute and the appearance of partiality statute” the AG’s office said.

Of course not. Because they’re both major players in the State Democratic party. This is how politics works in Massachusetts. If you have a D next to your name you can pretty much do anything you want, unless you go overboard like Sal DiMasi or Dianne Wilkerson. As long as it’s small time corruption it’s all good though. There are a never ending line of lemmings in this state who will carry your signs in the St. Patrick’s Day parade, just because you’re a democrat, your Daddy was a congressman for 18 years, and you’re a “good guy.” So what time is Early resigning? How can he not? It’s clear as day that he abused his office in order to do a favor for a friend. The proof is all there. McKeon himself admits that he felt he had to, after initially having cold feet. But Early would not relent. This is what the job of the DA is? To do favors for old friends? To punish troopers for doing their job? It’s absolutely disgusting, and if he doesn’t resign it shows just how corrupt our political and judicial systems are in this state.

If you want to tell Joe Early himself that he should resign, feel free to bombard his Facebook page.

P.S. Turtleboy is officially mentioned in the AG’s report for breaking this story too:

Suck on that mainstream media.