Source: Video secured by GoLocal shows protesters attacking workers and owner Chris Morris of Antonelli’s Poultry Co. located on Federal Hill at DePasquale Plaza in Providence. Morris, who according to sources is in his 70s, is seen being pushed and a blood-like liquid is poured on him repeatedly. The incident took place at approximately 3:30 PM on Saturday afternoon. According to sources who witnessed the attack, pepper spray was also used on Morris and workers. This is not the first attack on Morris. Businesses on Federal Hill have been decimated by the pandemic. And, numerous restaurants have closed. (Click here to watch video if video does not embed)

Thanks to Antifa and black lives matter I almost forgot how horrible animal rights activists are. This piece of shit maced one of the employees who had finally subdued one of the savages. Lowest, most useless form of society there is. The least surprising thing was hearing one of them respond after it was all over and someone told them to get a job.

Yea, jokes on you. You think any of these maggots would ever consider working?

And can we just talk about this for a minute. How the fuck you gonna be a plus sized vegan? What’s the point of being a vegetarian if you can’t be skinny? It doesn’t count as eating healthy if you dip your celery sticks in deep fried blue cheese. I gotta say that the girl in the blue can work for me any day. She took their own fake blood and threw it right back on them. When one of them dumped fake blood on her she smacked the fuck out of her. 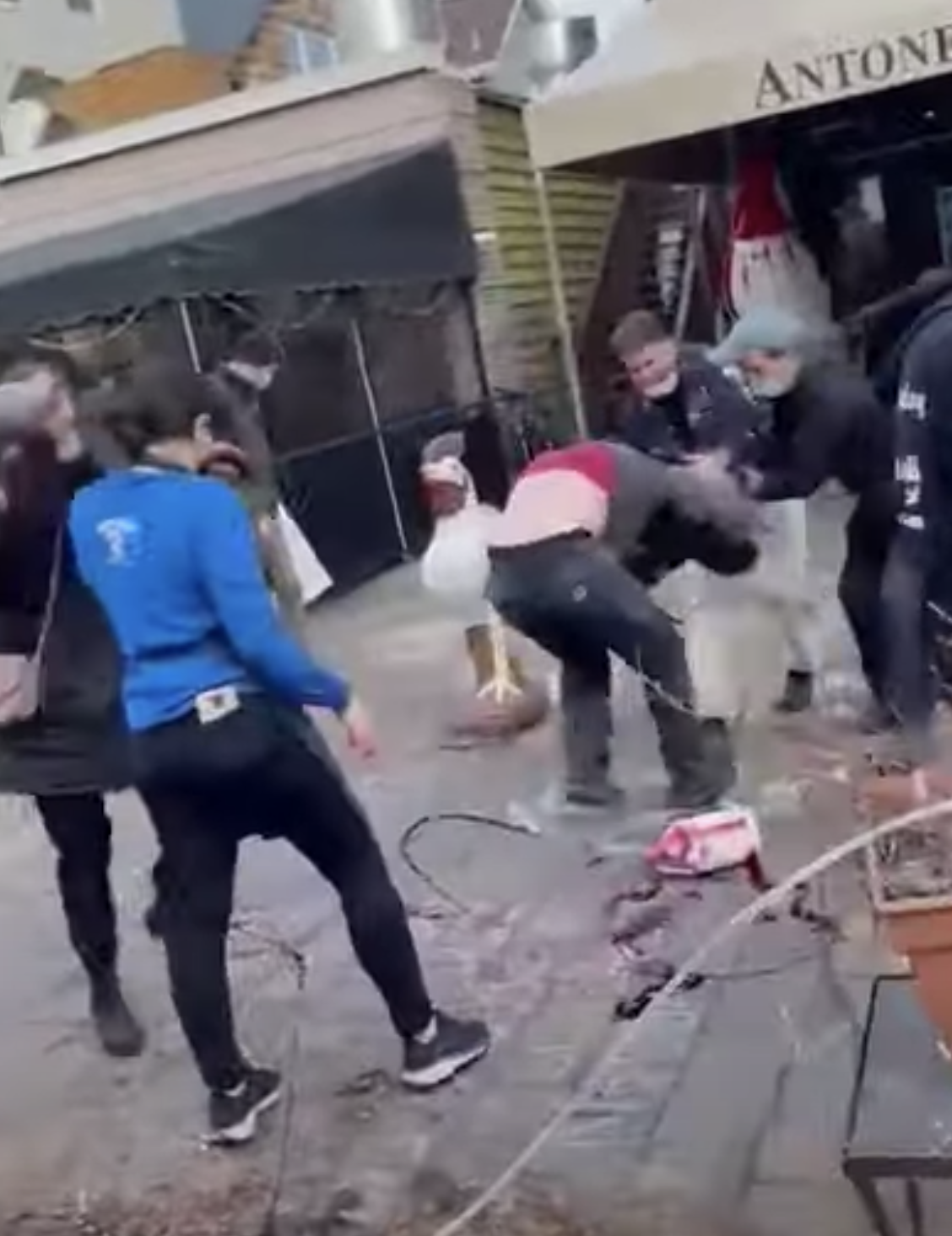 Somehow they haven’t been identified yet and I only saw this story covered by two media outlets. But if you happen to know the plus sized vegan, or any of these winners: Including the guy in the Venda Ravioli hoodie: Hit me up on Facebook at Clarence Woods Emerson or send a tip to tutleboysports@gmail.com so we can give them the public shaming they’ve earned.