This is Shoshana Gordon from Stoneham. 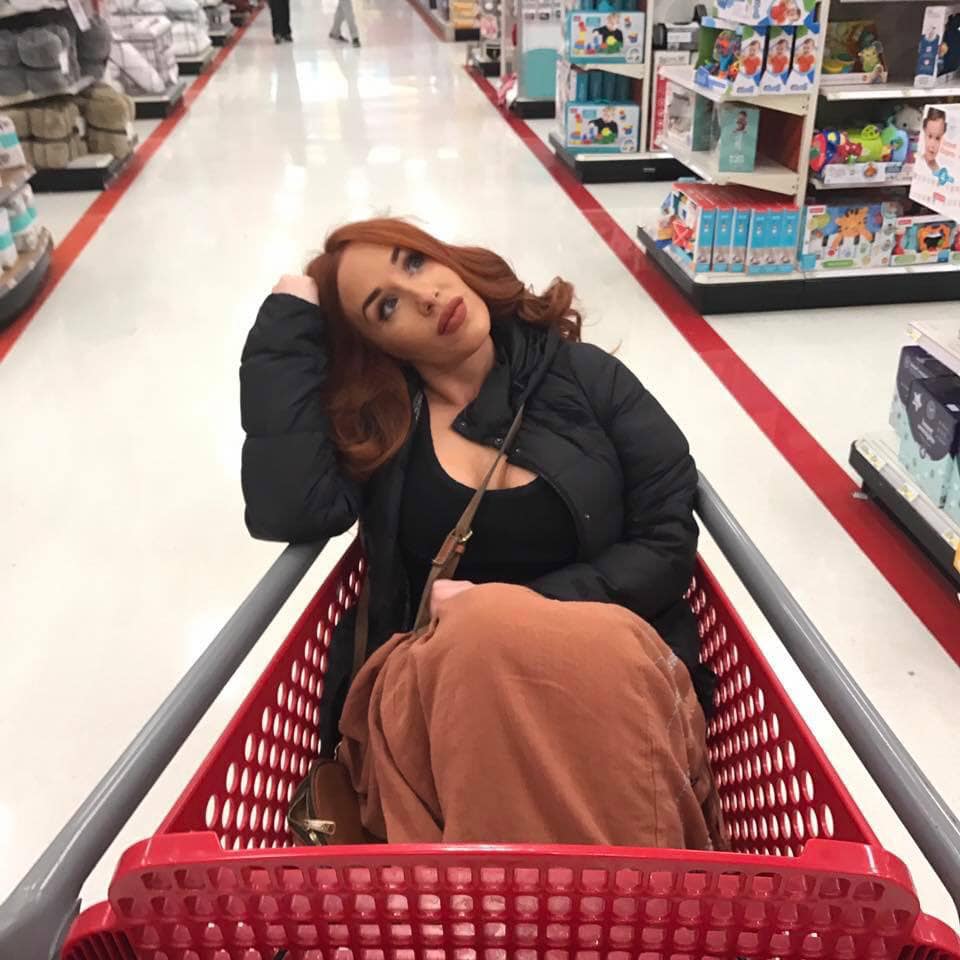 Every town reports on how many incidents they have of coronavirus, and Stoneham thus far has exactly zero. But yet Shoshana has been causing quite the panic in town by posting that she’s had the disease for a week, which concerned a lot of people because she had been dropping off her crotch fruits at school. So I guess two pictures of a bloody tissue is all the proof you need these days to convince the Interwebz that you got the coronavirus. She claimed that she was tested her and her “life partner” for it. And she said that the town was lying about not having any cases of chop fluey because she put a different address. Her posts freaked everyone out because the world has gone mad with coronavirus, and people wanted to know if the town was covering something up. So a woman made a post on a Stoneham community page telling people about Ginger Snookie’s post and including the screenshots above. Shoshana responded to the post and called out poor Bethany, who was just trying to find out the truth. Yea, there’s nothing private about coronavirus. If you got that shit you should get a scarlett Red China C tittoed on your gerber servers. I don’t wanna be around you or your crotch fruits until we figure this out, so it’s absolutely other people’s business.

But something didn’t smell right about the whole thing. She’s been practically begging for attention on Facebook about it, and said that her crotch fruits have been telling everyone in school that Mom has the commie cold. What she hadn’t done at this point was offer ANY sort of evidence that she was actually infected, and wasn’t just an attention seeking drama queef. According to her that was because her “lawyer” told her not to.

She demanded that the Facebook admin take down the post about her, even though her name was redacted. When she was told that this was a community health issue, and that elderly people would be at risk if she really had the Wu Flu, she threw herself a pity party.

Yea, why do you care about all the people who this disease could spread to when you should be focusing on her!! ME, ME, ME, ME, ME!!!

Oh, and she says that she’s being picked on in town because she’s Jewish and says that her crotch fruits saw swastikas in the bathroom of the elementary school, which is causing UTI infections. Yea, this chick TOTALLY is not an attention seeking drama magnet who perpetually makes herself a victim. Not at all.

Keep in mind, she called asking people if they’ve got CV “ableist.” She wants you to help find attorneys for black convicts in Alabama. And she’s mad at her crotch fruit’s teacher for liking posts from concerned citizens about whether or not the woman posting about having coronavirus, does in fact have coronavirus. Her posts led to the cops and the board of health showing up at her house for a Mexican standoff to see her papers. The tape shows her hand a piece of paper to one of those guys, but doesn’t show what it says or how this was resolved. I guess we’ll just have to take her word for it that her multiple lawyers and doctors advised her to give them something that says, “Shoshana’s got coronavirus” on it.

I reached out to Shoshana for comment and she never got back to me. But let’s be honest, she’d probably just tell me her lawyer, who is very real, told her not to talk to me cuz…..HIPAA.

My guess? She can’t shut the fuck up on social media and wanted to get some attention and pity from her friends, so she pretended to have coronavirus because getting coronavirus is all the rage these days. She was hoping it would just stay with her Facebook friends, but people talk and screenshot, and the next thing you know it’s in a community group freaking people out. At that point she knew the town would get involved so she said she was being picked on for being Jewish and her privacy rights were being violated. Either that or a massive coverup by the town. Tough one.