In the last 24 hours there have been so many amazingly hilarious posts on Facebook about the Obama Worcester Tech graduation that I thought we needed to put together a Top 10 list. Without further adieu, here are the best and brightest Worcester has to offer….

Barbara makes the list largely because she has the most dominant last name in the history of the world. Sure it’s probably pretty hard growing up with the last name “Fikucki” before anti-bullying laws were enacted, but now you just dominate the internet with comments like this. Let’s try just for a moment to figured out what the hell B-Fuck is trying to say here. A lot of these commenters just haven’t figure out how awesome periods and commas are. Trying to figure out where one thought ends and another begins is SOOO much easier when you use these fantastic devices. I broke her comment down to four different thoughts, and I still have no Fikucking clue what the Fikuck she’s trying to say:

It’s people…..who have no respect…..that my the kids the way they are today….hopeful our youths don’t listen to you.

Sounds like she thinks Obama is a fikuck boi.

Wait…so Obama is a serial child murderer now? Give OB a break – this is only partly true. He only kills Afghan children with remote controlled military toys. But I kind of don’t really understand what my friend Fern is trying to say here. So like, when Obama looks at your kids they’re just dead? Because if so he is the most vicious killer in world history.

People like Brenda are hilarious. According to these geniuses Obama should’ve been strapped to a rickshaw and pulled the taxpayers through Main South. A bunch of people who lived outside of their means and bought homes they had no business buying can’t keep up with their bills so obviously this means the leader of the free world shouldn’t come to Worcester. Because if SHE is having trouble paying her bills then the city should’ve turned down the opportunity to have a sitting President speak at a high school graduation.

People like Brenda are always fucking experts too. Didn’t you know Nashville only had to pay $30,000 on his visit there? Sure she doesn’t provide any documentation and is literally pulling this stat out of her ass. But if this isn’t a face of someone who knows what the fuck they’re talking about

So she went to a private four year college, paid a shit ton of money, and now lives in a WASPY, well off town with high property taxes. And because she works at some dead end job which has made her realize that not going to Worcester State or UMass was a really, really stupid idea, she believes that the rest of the city should not have been able to enjoy a pretty cool and historic visit yesterday. Ya got that? Oh yea, and she doesn’t live in Worcester, but she’s mad that the City of Worcester had to foot the bill for Obama’s trip here. Don’t let any of those things stop you from commenting on Facebook though Brenda.

I HATE when my house get’s murdered too. It’s the worst. I’ve lost three houses already to murders. When will it end? I can’t tell what this guy’s deal is. Like, is he mocking the real Bryant Gumbel, or is this his real name? Either way, I hope he never loses a house to another senseless murder again.

Lol. LOVE these people. Love em. Rafael you would’ve been the perfect interviewee yesterday my man. Why couldn’t you show up downtown with a sign? Because I would love to have asked you what you think an impeachment is. I’ve asked other people and every time it’s the same answer – “you’re kicked out of office.” Sure, the only two presidents in American history who have been impeached remained in office for the rest of their term. Sure an impeachment was specifically designed by the founders to be a very difficult thing to accomplish so we didn’t frivolously impeach every president who people like Rafael get mad at on a whim. Sure impeach only means that you’re put on trial in front of the Senate. But don’t ever let that get in the way of a good rant Rafael. You forgot to mention BENGHAZI though!! Minus ten FoxNews points.

“Someone must really hate Obama if he needs 250 cops!!”

LOL. Newsflash dude – he’s the fucking President. It doesn’t matter who the President is, there are a shit ton of people out there lining up to kill him. Think the Taliban gives a fuck who the President is? Nope. You win the presidency and your name goes to the top of the kill list.

He wasn’t alone in this belief…

Yea Obama, why are you letting kids in Worcester get killed all the time? Didn’t you know that international teams of assassins are plotting to kill Billy McJones while he walks home from Thorndyke Road School? Maybe you should give up your Secret Service for them asshole. It’s about the children!!! Not like YOU need protection. 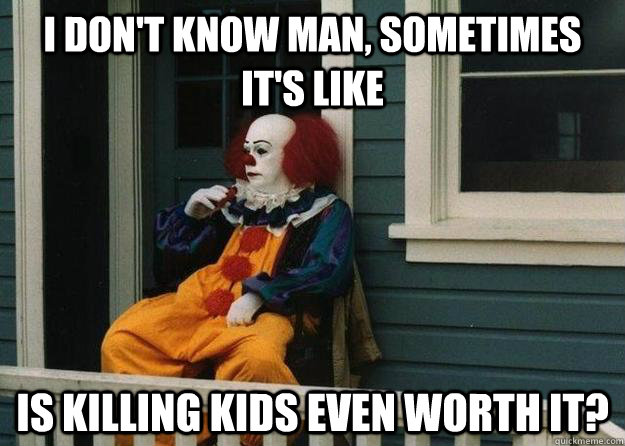 This girl is obviously wiser than everyone else and we should all listen up because she’s wicked smart. Even ask her:

Our Turkish rocket scientist here feels bad for these kids because of the poor economy and lack of employment, so obviously we should all listen up to her long term economic forecast. But hey, she’s got the coveted and rare high school degree, so she obviously knows what the fuck she’s talking about.

Now THAT is a sentence people. Y’all just got Fayshalized like you read about. I want her and Barbara to get married because Faysha Fukacki might be the most dominant name in the history of the world.

I love Gail Hughes with a passion. This was her actual comment on one of the Obama graduation threads:

Fantastic. Sometimes I forget that old people still don’t know how to use the internet. Or the TV. Or the radio? Wait, I didn’t even know it was possible to not know Obama was coming to Worcester, but apparently it is. Don’t old people listen to Jordan Levy? We gotta get this woman a subscription to Turtleboy Sports so she can stay up to date on hot takes. I am picturing this woman’s living room right now. Most likely she’s sitting there nitting something for her grandson…..oh, what’s-his-name? She picks up the rotary phone, dials the operator, and asks why the milkman hasn’t come in 28 years.

Then she threw this gem out there:

This lady rules. She saw President “What’s-his-name” right after she walked down some street she can’t remember. She does likely remember that her and her friends Beatrice and Agnes stopped for some saltwater taffy on the way home though. Thinks she gives a fuck who the president was? Nope. She was too busy getting her swerve on. Johnson, Nixon, Lincoln, doesn’t matter. Love this lady to death.

Can’t tell if this person is trolling or not, but either way, they got five people to like this comment so that alone is pretty impressive. How many lies can you fit into one sentence? Because our girl Trisha easily just obliterated whatever the previous record was.

And what do you think she does for work? My first guess was crack-whore. I mean, what else could you possibly be if you deny the fact that the President is actually the President, and that he should be imprisoned for being an illegal “mooslum terrorist murdering phuk”? Well, apparently she’s a nurse.

So yea, our elderly our in good hands people!!

Sticky Ricky won the internet yesterday. He was just on a roll all day. People were busting his chops because he can’t spell, read, or write? Think Ricky gives a fuck? Nope. Just kept coming back stronger each time.

In his defense Texas is WAYYY too expensive. We could’ve got it from Mexico for half the price. Thanks a lot James K. Polk!!

Yea Obama, what’s up with these milk prices?

You think you’re hot shit because you’re the President Obama? Why don’t you park in the lot like everyone else?

Here are some honorable mentions:

Yea, our economy, which has been improving steadily for several years now, is basically in the same state as it was during the Great Depression.

Yea, why does everyone call him the President? Sure he’s been elected twice, but you think that makes you President? Move back to France traitor.

Yes, because you know him so well.

Right. Because if you don’t like Obama, then by default you are a racist.

Millions and millions. What a waist!!!

No offense, but anyone who loves, loves, loves a politician is someone I would like to sell my imaginary house at the Cape to.

And last but certainly not least these beautiful hippy protesters:

Who was your favorite commenter? Feel free to share your thoughts to keep the conversation going.