I had my date with Charlotte McFarland in Leominster District Court today for a hearing on the harassment order I filed for after discovering that this lunatic has been threatening to burn down my house, along with several other disturbing posts. I didn’t think Charlotte was gonna show up today, since it seems strange that someone who doesn’t work has access to a car. But there he was with his Adam’s apple front and center in courtroom 300 when I got to Leominster District Court. I explained to Judge Noonan that this individual has been harassing and threatening me for the last 19 months. I read all the messages and posts out loud and Charlotte had a chance to respond. He admitted to posting all of that but attempted to justify it by ranting about Bret and other anonymous turtle riders allegedly threatening him and blah, blah, blah. Charlotte clearly could not comprehend that none of that mattered because we were there to discuss the things he posted and sent.

Judge Noonan asked Charlotte if he considered this a threat:

Charlotte responded by asking him, “would you want your house burned down with a molotov cocktail?” In other words, it’s not a threat because it’s just a statement of fact that it would be a shame if anyone had their house burned down. Charlotte also mentioned that he was part of the “Boston burners” community, and everyone looked around, hoping someone knew what that meant, but sadly no one did. It’s an interesting move to mention that you’re part of a group with the word “burners” in it while fighting a harassment order that comes from a threat to burn someone else’s house down. Sadly it did not work out in Charlotte’s favor and the harassment order has been granted: 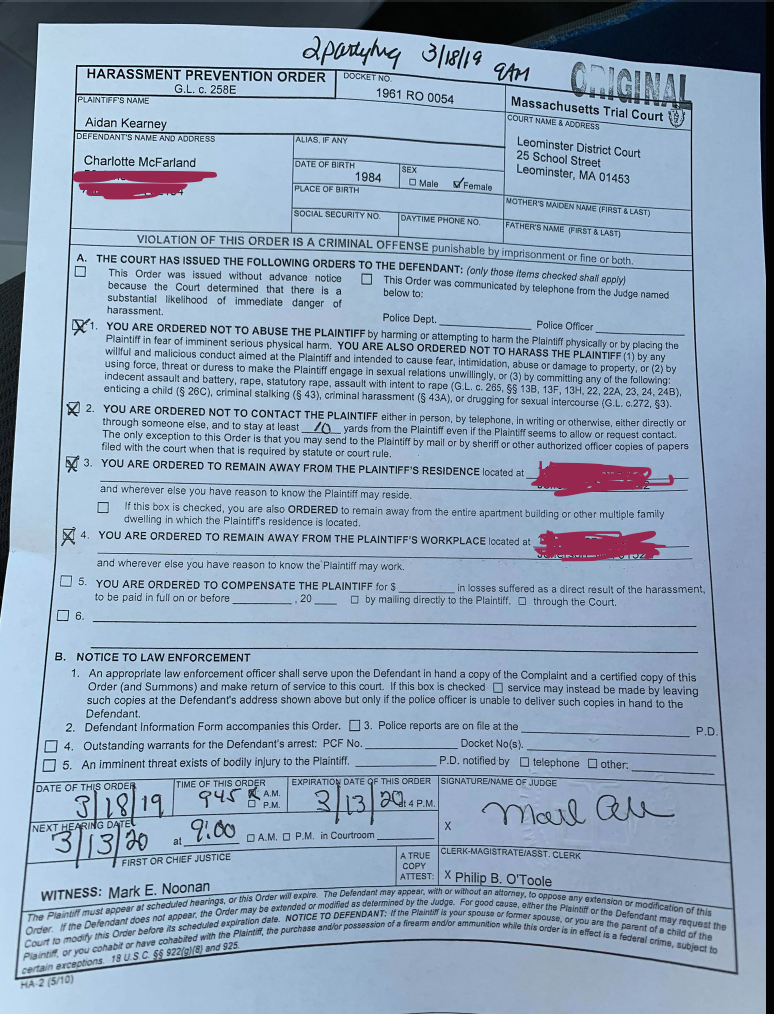 Let it be known – if you do what Charlotte does, I’m going to do the same thing to you. You can hate the blog, call me names, etc. I really don’t care. But when you break the law, I will hold you accountable for that.