Going into the Boston Red Sox three game series with the Chicago Cubs, I told myself that this was it. This was the series we’d been waiting for – an easy sweep to jumpstart a giant second half surge.

Instead we were facialized and emasculated as badly as you can possibly be. By the fucking Cubs!!! It simply doesn’t get any lower than that. Not only were we at home, but we were going against a team that has been MLB’s ongoing joke throughout its existence. Oh yea, and did I mention that their only good pitcher Jeff Samardzija didn’t pitch this series? 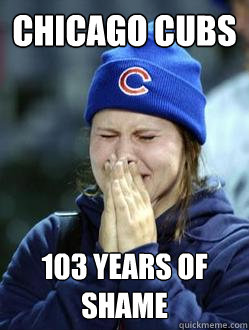 First we almost get no hit by some stooge named Jake Arrieta. Then we actually get a good performance from Clay Buchholz and as usual our moronic offense can’t put any runs on the board. To top it off Koji Uehara, who will probably be our token All-Star this year, blew the game. Then Wednesday happened. We actually scored nine runs, but of course we gave up 16. This is what rock bottom feels like.

Up until this point I’ve said the Red Sox are still in it. And technically they still are. The AL East is the worst division in this history of humanity. The three teams everyone thought would be fighting it out for two playoff spots (Red Sox, Yankees, Rays) are all terrible bottom three teams. And I’m sorry, but I have no faith whatsoever that the Blue Jays and Orioles will finish with more than 85 wins. But we just got swept by the freaking Cubs. How can I possibly think we have any shot at winning 85 games?

How sad is it that the defending World Series Champions can’t win this crap happy division? Look there’s a lot of reasons the Red Sox suck. Their outfield might be the worst in the history of baseball, their stars aren’t producing like they should, and after John Lackey and Jon Lester their rotation blows. But there person I blame more than anyone is Manager John Farrell. Here’s my case: 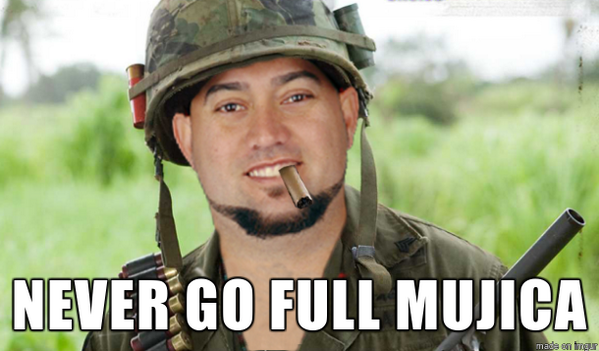 Is the season over? Should the Red Sox be buyers or sellers at the deadline? I’m inclined to say buyers. Look, the Red Sox don’t sell. Dustin Pedroia is finally starting to hit. Papi is Papi. You’re getting a career year from Brock Holt. Even Daniel Nava is starting to hit again. They’re a lot better then what we’ve seen so far. Well, except Stephen Drew and Jonny Gomes. They will always suck.

The bottom line is that you’re not gonna win by counting on Jackie Bradley Jr. and Xander Bogaerts. They need an outfield bat and they need it badly. Seriously, any normal person back there who can hit .280 will do. And they need a starter, because it’s clear that Peavy is a whole lot of what he is and Felix Doubront’s 2013 was an anomaly.

Look, America is out of the World Cup and I need something to get fired up about before the Patriots start steamrolling everyone again. I refuse to believe that the Red Sox are out even after it appears we have hit rock bottom.