Leigha Genduso Is Looking Sexier Than Ever, Still Seems To Think She’s A Cop, And Says Her Story Was Purchased For A Movie That’s Going To Be Bigger Than The Departed In January we published a blog about drug dealer turned State Trooper turned bartender turned local ratchet Leigha Genduso had published a book about her life. It was a pretty wild read, and the TL;DR was that she was a victim, she slept with pretty much anyone who could help her gain power, she had an abortion and then shit on other women who had abortions but didn’t take it as seriously as she did, and she repeatedly referred to Turtleboy as a “scumbag blogger” who ruined her life.


I couldn’t believe she was dumb enough to make the book free, as I would’ve definitely paid to read it. I always knew she was a little ratchet, but until I read that book I didn’t realize quite how egregious it really was that the MSP hired this woman. Even worse, she was involved in arresting people for selling drugs and was on the K-9 unit, simply because she was sleeping with a disgraced Lt. Colonel. 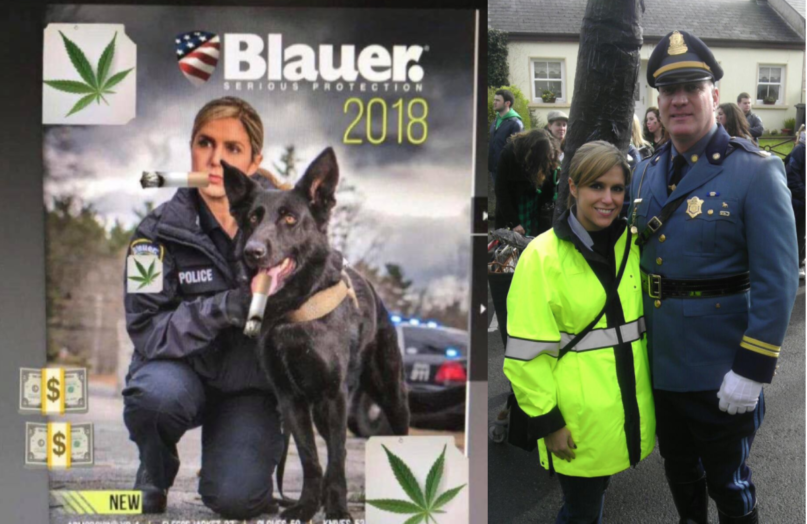 It’s actually kind of sad seeing some of her posts on IG. Like, she really can’t give up the idea that she’s not a state trooper. A couple weeks back she was posting pictures of herself wearing a MSP hoodie, looking for missing person with her dog. She’s also posted videos of herself in what appears to be a school, training a dog on how to find drugs in lockers. Hey Leigha, why don’t you just stay out of the law enforcement side of drug dealing. Kind of hypocritical considering you had no problem sending Sean Bucci to jail for 12 years for selling pot when you were his business partner.

I gotta give it to her though – her post cop transformation has been sexier than ever. And according to her recent post on IG it appears as if everything has worked out just fine for Leigha Genduso, as she’s about to be a movie star. I have no idea what production company she’s alleging has bought the rights to her story and is making a movie out of it, but I have a hard time believing Leigha Genduso would ever lie about anything. It’s not like she’s perjured herself while acting as a state’s witness against her ex-boyfriend in order to avoid jail time. If Trooper Dank Nugget says it’s true then I believe her.

Honestly, I hope it is true. I wish Leigha Genduso nothing but the best in life. I don’t want her to be destitute, but she just had no business being a state trooper. She also was the only one who went down for that, even though she was hired by the very agency that previously investigated her, which was complete bullshit. So for that reason I hope she tries to profit off of all of this. Her story is a wild one and I would probably be first in line to see her at whatever independent theater showed her hit movie. I just laugh at the idea that she’s some sort of victim in this.