The Lynn Public Schools was one of many districts that voted for full remote learning this year because the teachers were scared of commie cold. The union even put up a stink about returning to completely empty classrooms to work because they wanted to teach at home, and used this silly virus as an excuse not to. As you can see, she teaches 7th grade. According to the Lynn Public Schools website students will continue to be denied a quality education and forced to endure what is basically child abuse (remote learning) until the virus magically goes away. 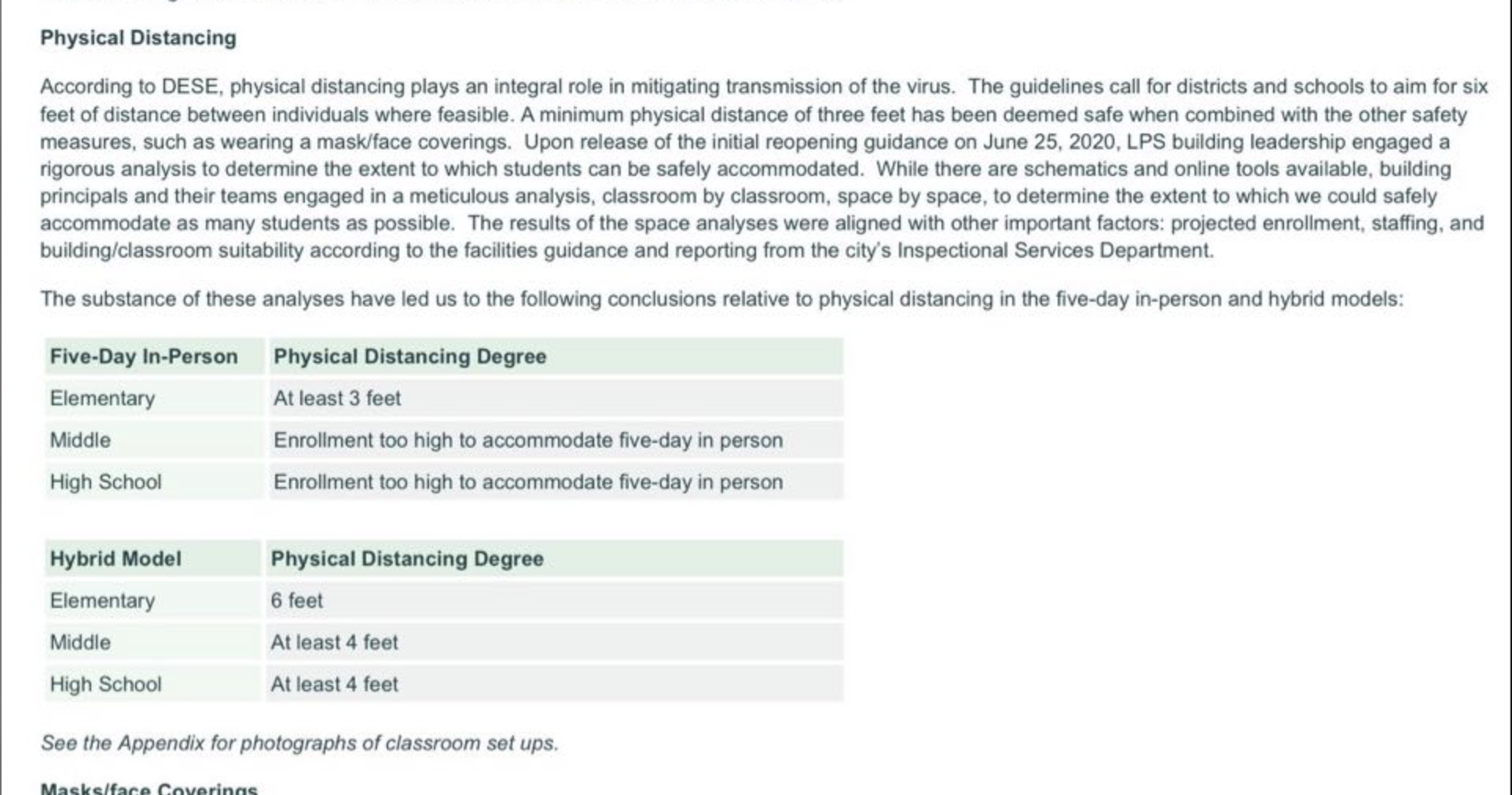 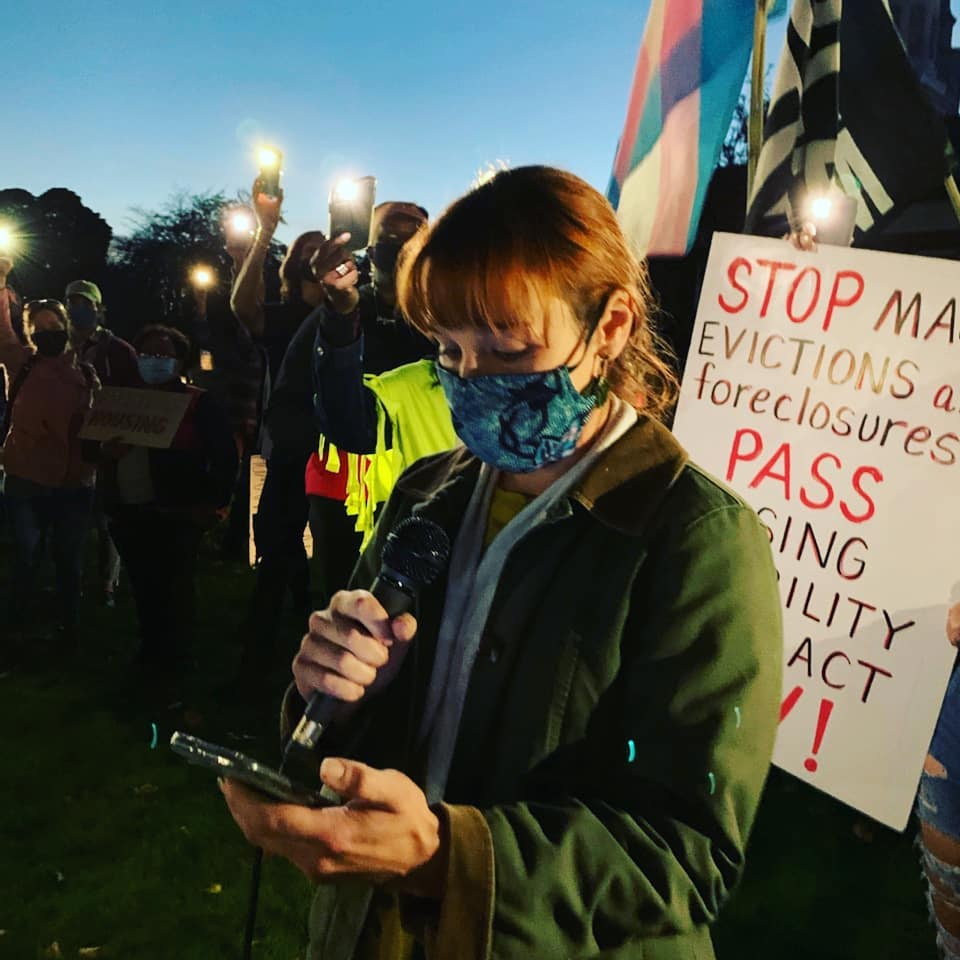 Not her first shoulder to shoulder protest though. On October 6 she was in Lynn protesting ICE. In September she was protesting in Danvers to force the fire department to remove a thin blue line flag from their trucks. And of course over the summer she protested for George Floyd while holding a sign announcing that she represented Lynn teachers. She cares. Not about kids though. They can go fuck themselves. She can protest till the cows come home because the virus doesn’t spread at protest. She just can’t go to work because she might catch commie cold from a black or brown kid in one of her inclusion classes. Inclusion, for those unfamiliar, are special ed classes where another teacher goes around helping kids who “learn differently.” Students of color disproportionately need services like this. Those kids need to be in school more than anyone, but they’re not because teachers like Davia Moore are so selfish that they’d allow these at risk crotch fruits to suffer at home due to Davia’s irrational fear of a virus that has no chance of killing any of them.

Searching for Davia’s name also brings up a comment on a blog from Gentile Brewing in her home town of Beverly. You gotta read this. White liberals are the most racist people on planet earth and they don’t even realize it.

Just listen to them. They treat black people like they’re fucking pets. It’s so gross. She wants “a person of color” to be in their book club. Any person of color will do. They’re all the same, right? They all believe they’re victims and need white allies to save them from racism. As long as she has “a POC” to point to and say, “see, I have a black friend! I’m listening,” then she’s doing her part to fix racism.

The blog itself is one of the most fantastical pieces of white guilt you will ever read. I urge you to do so by clicking here, but I’ll share some of my favorite parts.

We felt that by simply being not racist and being welcoming and kind to everyone and teaching our children to be the same was the correct path.  We now realize that we must be anti-racist.

BLM is literally a cult.

We both grew up in a life of privilege. Not economically, our parents were able to make ends meet, but we always had food on the table and a roof over our head. Our privilege was our whiteness. Paul did so many dumb things growing up in rural Connecticut, but they mainly revolved around driving fast and acquiring road signs. They were done for the thrill of getting away with it or maybe getting caught. Black teenagers do not have the privilege to do dumb things. If they are caught they will most certainly be arrested, probably injured, maybe killed.

Right. Black teenagers don’t have the ability to fuck around and not get shot or arrested. Nobody knows more about the collective experiences of 40 million black Americans more than two white people running a brewery in Beverly. They get arrested every single time they break a rule, injured most of the time, and killed like, at least half the time.

The amount of stress that a black person lives with, and sleeps with, every day is exhausting. Simply for being black and existing in a country where the laws are written against you.

It’s so exhausting being black because the laws are written against them. What laws exactly? Not sure. But surely there must be laws written that make it OK for white people to hunt black folks like Robin Williams in Jumanji.

We are not doctors. We are brewery owners. But George Floyd’s autopsy listed underlying heart issues as contributing to his death. And heart disease is a major health issue in the black community. You know what one of the main causes of heart disease is? Stress. People of color, specifically black people, are stressed every day by simply existing in their beautiful human skin.

Pander harder. You can’t. George Floyd died because he took a bunch of fentanyl, resisted arrest, and a rogue cop wouldn’t get off his neck. His death had absolutely nothing to do with stress, but nice whitesplaining.

Have a job that is stressing you out, find a new one. Kids driving you crazy, go for a run. Having a tough week, have a couple of beers and get a good night’s sleep. Living while black, well, sorry, the laws in the country are written to make sure you don’t get a leg up.

Again, there are no laws in this country that make sure black people don’t get a leg up. This brewery is literally just making shit up as they go along because they felt pressured to do so by the BLM cult mob.

Black people are tired. So tired. And we are done sitting too idly by. We are listening and more importantly, we are ACTING.

What have we done so far?

They’re fixing racism by donating to the Mass Bail Fund. The same bail fund that paid $15,000 to bail a 3-time rapist out of jail, who immediately went and raped another woman in Boston. Don’t worry, shitbags like that don’t live in Beverly, so the people who go to this brewery won’t get raped by him. It was just a black woman from Roxbury who got raped instead. No big deal.

It is what we can do, but it is not enough.

We have always prided ourselves on making our taproom inclusive but it is a continuous process that needs to change and grow. It is no longer enough to just be nice to people, which is a good start and is something we will continue. We need to learn how to actively make our space more inclusive, always. We will continue to listen and to learn, and we will likely make some mistakes along the way.

To our dear customers, we ask that you join us in ACTING. It is not enough to say Black Lives Matter, we all must live it in our daily lives. Spend your money with black-owned businesses, give your money to support black lives, speak to your family and friends about what you are doing and why. This is work that must be done. It is time to be the change we want to see in the world.

Craft brewing is the whitest industry that has ever existed. Almost no black people own breweries or frequent them as customers. If Gentile Brewing actually wanted to make a difference they’d sell their business to a black person for half of what it’s worth. Or just give it away. Instead they donate to the bail fund because it temporarily makes them feel good and gives them something to virtue signal about on social media. People like Davia Moore sit on their computers and wait for businesses to make meaningless declarations like this, becaue if they don’t then Davia will give them bad reviews and stop shopping there.

Meanwhile black and brown kids in Lynn continue to suffer while Davis is out protesting. These are some of the most despicable frauds on the planet.