I’m glad they at least showed the pictures of the Johns too. Sometimes they just show the hookers, which is pretty fucked up since they’re only hooking because their lives are one gigantic abortion sandwich. But the guys? They just can’t get laid so they have to basically hand these chicks the money they need to get more heroin so they can continue to be deadbeat hookers. Sad.

The thing is, usually when they share these mugshots all you see is a sea of embarrassment and shame. But not with this chick: 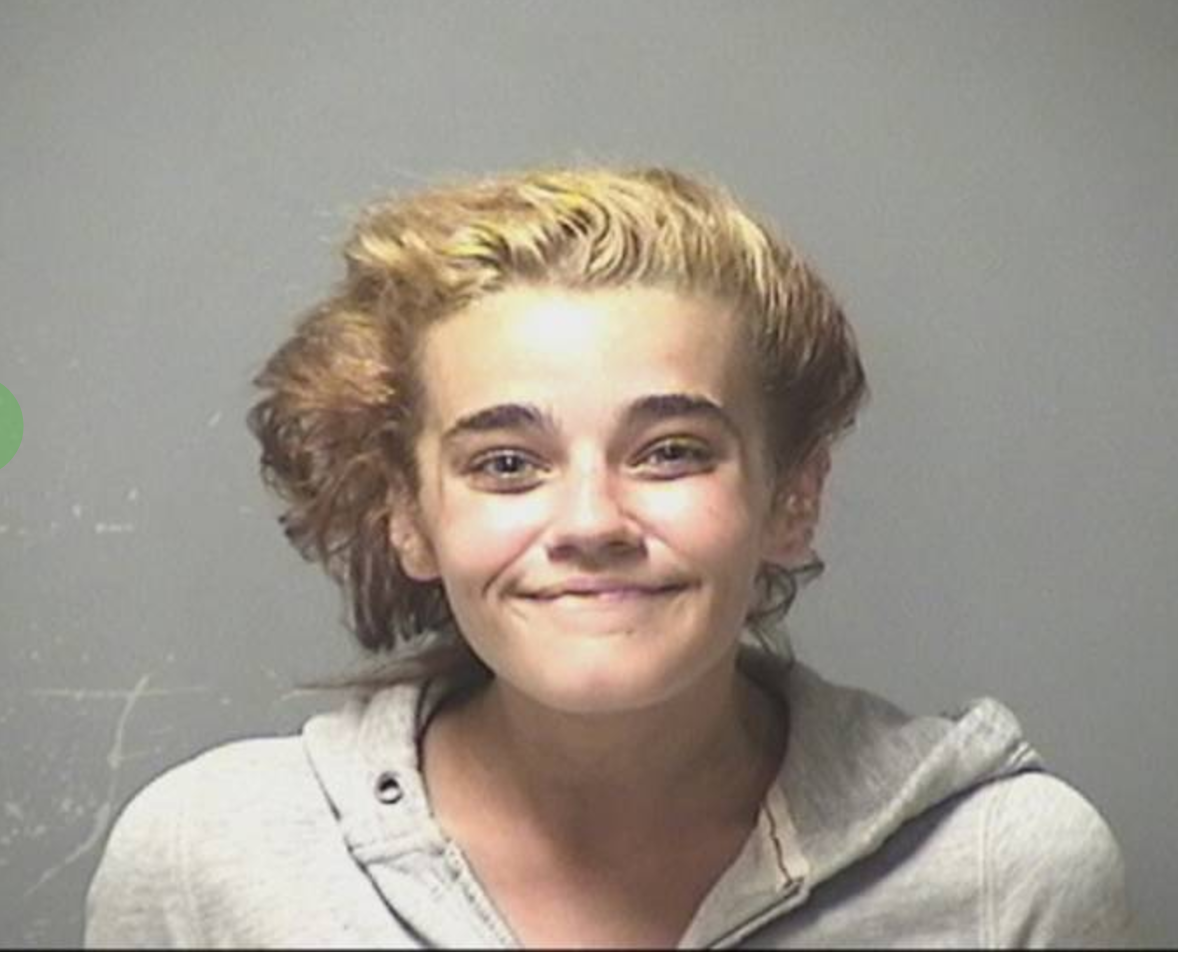 That is the happiest prostitute I’ve ever seen.

And 19 year old Ashely Berube’s Facebook page is a real trip too. First of all, guess where she moved from: She don’t chill with scummy people because she’s “alset with that life”:

Does this look like a scummy person to you? Nope. That guy is a learned scholar who obviously can show him her the finer things in life. Funny, on the Cialis commercials they never show that guy’s face, holding hands with a drugged up hooker in his and her bathtubs.

Take a guess what were favorite cigarette of choice is…. Looks like the single life is working out well….. Why date just one guy when you can have all of this? Ashley ironically does not like loose women, and vows to “catch u lacking” on the streets: She’s evidently angry because one of her rival prostitutes gave her boy the clap: And her birth canal is allegedly so gaping that the echoes reverberate from Africa:

And she is definitely in a position to judge the sexual activity of other women. Definitely.

Looks like she was just arrested a couple weeks ago and has some strong feelings towards the police: Of course the big loser here is her ex-boyfriend Nick: As you can imagine, Nick is quite the catch. He was on his way to live in Webster, took a wrong turn, ended up in Manchester, and decided he’d fit in perfectly there too.

Once again, his loss: She apparently was pregnant last year, and posted a bunch of pictures of her baby bump. Unfortunately due to her lifestyle, the baby didn’t make it. Naturally she went on Facebook to take a bathroom selfie and use a Facebook filter she doesn’t understand the meaning of in order to commemorate her loss. It’s sad when a baby dies like this. But at the same time, that baby’s chances of making it when you call this thing “Mom” Were pretty small to begin with.