Here’s a fun story about dumb criminals who wandered into the lovely town of Sutton in broad daylight and got busted breaking into homes:

Here’s another great example of see something, say something! Today we received a call from a citizen who saw something that he thought may be suspicious….well, we investigated, and here’s the Press Release about the incident….

At approximately 1:45pm, Sutton Police responded to the area of Marble Road and Rt. 146 (Northbound). Police had been summoned to the area due to a report of a suspicious motor vehicle. Upon arrival, Sgt. Joshua Nunnemacher observed an older blue Oldsmobile parked on the road’s edge; between two homes. Sgt. Nunnemacher observed a female, later identified as Stacey Grabow, seated in the passenger seat. The female informed Sgt. Nunnemacher that “their” vehicle had become disabled due to a coolant leak and that her “boyfriend” went to a nearby residence to “get some water”. Nunnemacher became suspect of the story after observing no signs of the vehicle leaking coolant. Additional police were requested to respond to the area.

Nunnemacher began checking nearby residences. A short time later, Nunnemacher could hear what sounded like footsteps inside a nearby home. After knocking at the door he received no response. Additional noises could be heard from within the home. After surrounding the house, police made entry into the home and discovered Keith Lavallee on the second floor of the residence. Lavallee was laying on the floor in a small area of the second floor. A small amount of jewelry (belonging to the homeowner) was found within his immediate area. Additional property, suspected to be stolen in previous thefts, was also located within the Oldsmobile. Lavallee and Grabow were arrested at the scene and transported to the Sutton Police Department for booking. First things first – Keith is the new Shane. It’s quickly become a name you can’t name your kids or else they’re probably gonna turn out like this. No offense to my boy Keith, and all the other Keith’s out there living life the right way. But come on now, you know it’s true.

Anyway, talk about dumbass criminals. First of all, they’re lazy as shit. Marble Road is literally right off 146. They couldn’t even drive somewhere more secluded in town. They went to the first house they came across after grabbing a pack of Newports at the XtraMart.

Secondly, you would think that they’d at least have some sort of story to tell the cops or neighbors if they were asked why they were aimlessly sitting in front of someone’s house. And if your story is “leaky coolant” you should probably make sure that there’s coolant leaking out of your vehicle. Just sayin. Anyway, these two are real winners. Let’s check out their Facebook pages….

They are totally in love: Everyone is gonna be shocked when they see she has been arrested, because she has a great reputation in the Blackstone Valley:

She likes the $5 footlong, but she’s not talking about Subway!!

She also may or may not have a license to drive the car that probably wasn’t registered to either of them:

It’s weird that they would need to break into someone’s home and steal all their stuff, especially when she claims to be working all the time: Obviously she is the kind of girl you wanna wifey if you’re a professional dooshnozzle from Millbury, which is exactly what Keith Lavallee is. He’s really good at court: As a matter of fact court has become so routine that he started taking post-court selfies to celebrate his latest CWOF: He’s no stranger to jail, and he may or may not be a snitch: What’s kind of scary is that on that exact same day he had jury duty: The fact that people like Keith Lavallee can serve on a jury is the reason OJ Simpson was allowed to kill two people. Think about that for a second. We trust people like this illiterate career criminal to fairly evaluate evidence and decided whether or not to send criminals to jail. Fun times!!

I’m sure he was thrilled to be caught by a Sutton Police Officer while breaking into someone’s home, especially since he’s professed his admiration for the cops many times before:

This guy is the poster child for everyone who hates cops. Don’t think I’ve ever met anyone who feels this way about the police and isn’t the biggest loser I’ve ever met. Oh well, glad to see he finally found someone to hang out with:

And he’s got a great defense to use in court when he has to explain why he was robbing homes in broad daylight – no one would give him free money:

Well, that and he was just really “board”

Not working all week? Shocking. He might as well copy and paste this status for eternity. His struggles with the English language aren’t his fault though. It’s the school’s fault: And apparently he just got out of jail recently too: Safe to say it wasn’t him who liked that last status. Ya know, because he did the exact opposite of the advice his friend gave him. It’s cool thought because he fixed France: Oh well, looks like good ol’ Keith is going, going, back, back to West Boylston HOC. Hopefully Stacey has figured out how to send money to his canteen fund by now:

Nice job by the citizen who saw someone shady in his neighborhood and did something about, and the Sutton Police for getting these winners in bracelets. 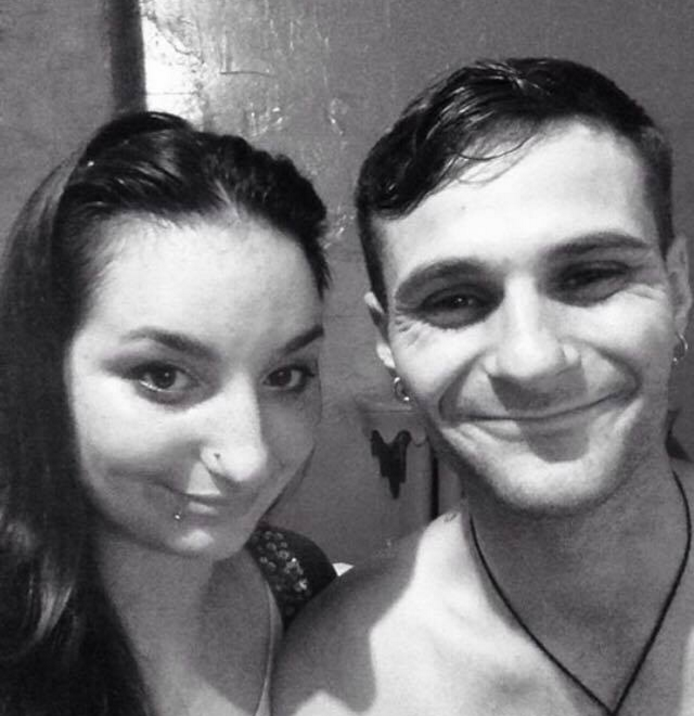