Splooge McShmuck From Materese Towing In Providence Calls Woman Racial Slur, Tells Her To Suck His Yogurt Slinger On Film In Front Of Her Kid Because He Misinterpreted A Hand Gesture Splooge McShmuck From Materese Towing In Providence Calls Woman Racial Slur, Tells Her To Suck His Yogurt Slinger On Film In Front Of Her Kid Because He Misinterpreted A Hand Gesture

Check out what happened to this poor lady in Providence…. And she’s got the videos to prove it:

Can’t decide which conversation was more pleasant. The first one:

Chud: “What are you gonna call the police?”

Chud: “I don’t give a fuck who you are, don’t throw me the finger. Suck my dick.”

On the one hand, in the first conversation Kenny used a racial slur towards a woman of color in broad daylight because he misinterpreted a hand gesture. On FILM nonetheless. So you know he ran out of fucks to give a long, long time ago.

On the other hand, the way he tells this woman that she can suck his porridge gun while pointing towards his grundle, just in case your most lips forgot where it was located: 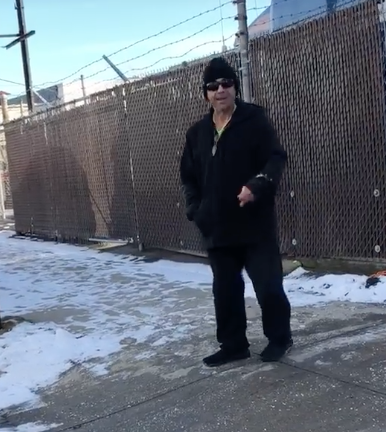 …..you can’t fake that kind of dooshnozzelry. It comes from a special place deep inside you.

Normally when we see a viral Facebook post like that which features serious accusations that were not caught on film, we are skeptical. But this guy? Oh yea, he did this 1,000%. I don’t need to see it on film. I know an asshole when I see one. And if you don’t agree with us then we have a horse ranch in Nantucket we’d like to sell you.

Want more proof? Just check out this Facebook page. He’s like your Dad that has no idea how to use Facebook and doesn’t understand that everyone can see everything he posts. He’s go n out this weekend:

He announces when he’s staying in for family issues:

I mean, just look at this look guy: The only possible career choice a chudstuffer like this has is opening his own towing company. Not that you’re a dooshnozzle if you own a towing company. Lots of tow companies are legitimate, well run, honest organizations.

But you know, and I know, that many are also run by shady mother fuckers like Albert Haynesworth, doing their thing and getting city contracts in the process.

And in Providence, which is notoriously one of the most corrupt places on earth, lugnuts like Kenny Matarese get contracts from the city to tow cars.

The bottom line is, Kenneth Materese is human garbage. If he wants to be this way that’s fine. But under no circumstances should a company like Materese towing be given contracts from the City of Providence.