Governor Charlie Baker was in Braintree today at Symmons Industries to do a photo op for the reopening of manufacturing businesses in Massachusetts. Baker, Polito, and CEO Tim O’Keefee did not wear a masks while lecturing people about the importance of wearing masks. But it’s OK because they were “socially distancing,” right? Except for when they walked by each other and rubbed shoulders. Or when they used the same microphone and touched the same podium. I hope this is all making sense now peasants. He picked Symmons because they converted after the pandemic started to making PPE.

Gov. Charlie Baker is expected to give COVID-19 updates after touring Symmons Industries in Braintree. The plumbing product manufacturer pivoted to making PPE. Now the company is preparing to resume regular operations while following the workplace safety standards. #mapoli

Gov speaking from Symmons Industries in Braintree;
It’s a plumbing company that switched to making PPE;

Except he forgot to point out that the bathroom supply company laid off over 100 employees on March 24, which they blamed on the commie cold. The jobs ranged from factory workers, to salespeople, to management. These workers received no warning and did not receive a severance. These are people with mortgages, families, and bills, and although they’re eligible from unemployment they make far less money now and would rather be working.

CEO Tim O’Keefe never “converted” any of these people to making or selling bathroom supplies. All they did was start selling ONE PRODUCT called the SAFEkey that hasn’t been selling at all.

Symmons Industries has launched SAFEkey™, an antimicrobial touch free door opener and multitool made from pure copper. 10% from every order is donated to Feeding America to help end hunger. https://t.co/NcAgCubaUX pic.twitter.com/IdfoRofCjX

They also didn’t start selling this product until May 5, so what did they spend the month and half prior to that “converting” to?

Notice how they brag about donating 10% to charity. That’s also deceiving considering they charge much more than it costs to produce one of those, so who cares if they’re donating 10% to “Feeding America,” when their former employees are now struggling to feed their families. But yea, “buy our product and you’ll feed the hungry,” or something.

The product itself is a joke. It’s basically an oversized bottle opener that you use to pull doors open, touch screens and pinpads, and then put back into your filthy pocket to use again later. Former employees tell us that they’re not selling well at all, and were nothing more than a cheap marketing ploy to make a profiting company seem like they were “doing their part” to stop the spread. It went over like a fart in church on their Facebook page. Symmons was also designated as “essential” by Baker so they never stopped manufacturing in the first place, and thus they’re not really reopening. Because God knows the world cannot survive without (checks notes) elegance and sophistication at hotels. Courtyard by Marriott is one of the most successful hotel brands in history, and Symmons is proud to be approved on the brand specifications for showers, faucets and accessories including ADA products.

They weren’t able to keep people on due to the economic slowdown, but they were able to expand businesses opportunities into Canada. 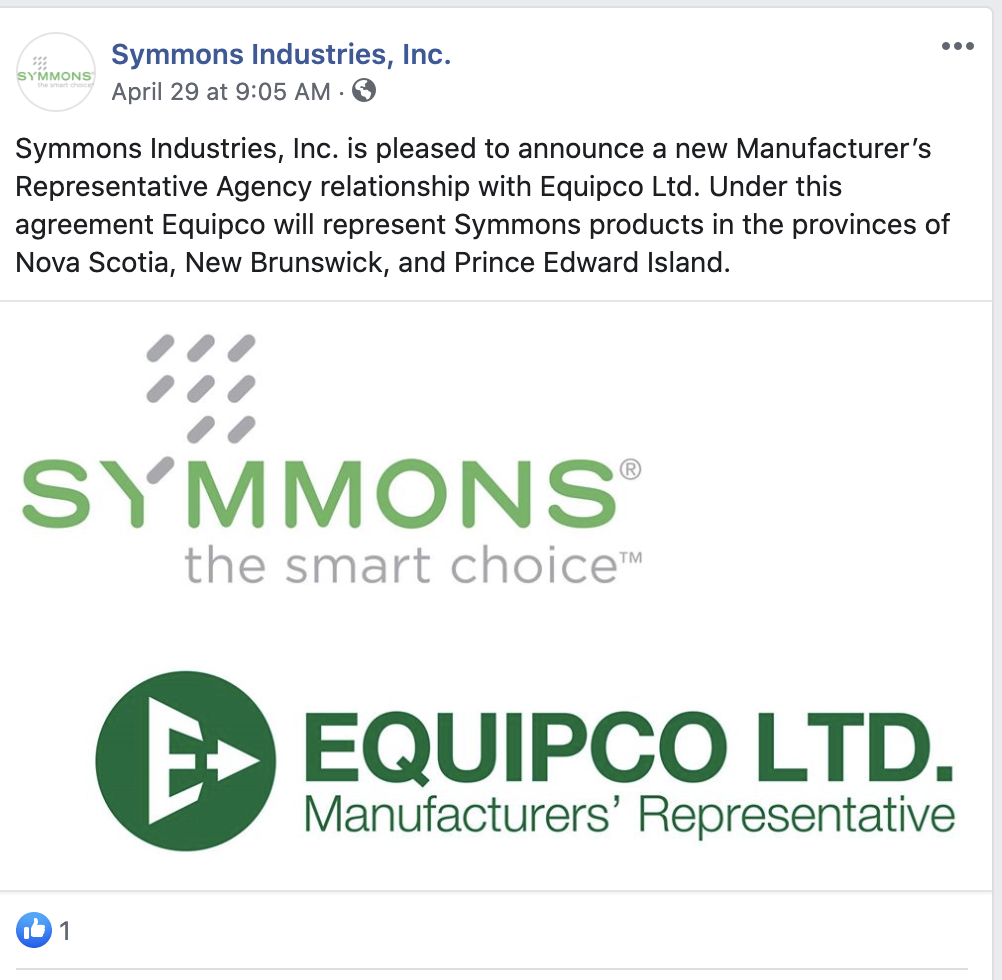 Yet despite the fact that they clearly never shut down or converted to PPE production, Charlie Baker was praising them for the way they were “reopening.”

Symmons is a strong example of how reopening can be done safely and correctly, says Baker, praising them for their efforts.

How can you reopen when you never closed in the first place?

But it’s cool because they play 80’s music now when they test their employees. Serious though, look at the headlines that EVERY MEDIA OUTLET has put out about this.

Gov. Charlie Baker is at Symmons Industries in Braintree today, which pivoted from plumbing products to producing personal protective equipment and other tools during #coronavirus #mapoli pic.twitter.com/yTWR9CLwaS

They were always making the same plumbing products, they were just selling less of them because of Charlie Baker’s lockdown.  “Pivot” makes it sounds like they stopped making faucets and started making masks.

Then Lt. Governor Karyn with a Y praised them for making it a “safer place to give workers confidence to do their jobs.”

Polito is now speaking. She also praises Symmons for its work, and on making it a "safer place" to give workers confidence to do their jobs.

Yea, as long as you have a job. The rest of the people who were laid off can suck a fat one.

So why is Charlie Parker giving this particular company such free advertising, considering that all they’ve done during the pandemic is lay people off and continue to profit? Well, Tim O’Keefe is a friend and a donor, and Charlie’s been doing photo ops at his company ever since he was elected. And God knows Tim O’Keefe isn’t struggling while riding around in his boat at his waterfront home in Hingham. I realize that companies have to lay people off a result of this forced Charle Baker shutdown. But don’t praise your rich donor buddy for being innovative and “reopening” when all he did was profit off of a bootleg protect that does nothing to stop the spread of the virus.

Charlie Baker’s lockdown affected middle class workers more than anyone. If you didn’t make much money prior to this then you’re making more now on unemployment. If you’re a wealthy CEO like Tim O’Keefe then you’re saving money by laying people off without severance packages. If you’re Charlie Baker you’re still collecting a salary while forcing millions of people to lose their jobs and businesses. Barber shops, clothing stores, gyms, restaurants, bars, and countless other businesses have lost everything because they weren’t “essential,” but Charlie’s friend who makes “sophisticated” bathroom faucets is because he also makes a do-hickey that you can use at the ATM.