Breaking news from the Turtlegram:

Oh wait, that’s not news. It’s just something we wrote about two months ago that Worcester County’s favorite toilet paper stole from us and passed on as their own. Of course a classy, non-butthurt newspaper would cite their sources. But the Turtlegram goes out of their way to pretend they don’t exist, except when they need a story: Even NBC credited us when they did a story on it.

But not the Turtlegram. They don’t have it in them, which just makes them look silly. This is what a journalism degree looks like. This is “real news”:

“Four people face charges stemming from two car crashes that police say were staged to collect insurance money. Two accidents, one Feb. 11 and the other the next day, were not what they were claimed to be, police said after reviewing surveillance footage. Police said that in both cases, drivers of the two cars involved were interacting with each other before one car was driven down Kingsbury Street and hit the other one, which was stopped. Siobhan Blaylock, 29, of 43 Woodland St.; Joseph J. Correa Jr., 43, of 37 Endicott St.; Davon J. Smith, 22, of 24 Westfield St.; and Tanya Hutchins, 36, of 14 Ferraro St. were charged with making a false motor vehicle insurance claim, conspiracy, intimidation of witness and attempting to commit larceny of $250.”

Newsflash – everyone already knows all that. And if Turtleboy doesn’t blog about this, they get away with the crime. That’s a fact, not an opinion. It’s undeniable. Four bad guys who were ripping off the rest of us and increasing the price of our premiums are now off the streets because of our “smut blog.” Take that and shove it up your whiny social justice warrior tail pipes.

Of course none of this is new to us. We already knew all the names, who the cars were registered to, where they live, etc. First we caught them on video staging the accident: Then the next day we found the Jeep used in the crash sitting in the parking lot of Central Auto Body, waiting to get fixed up: Then we made the connection between Pat’s Towing and Central Auto Body, and found out that Pat’s tried to illegally tow the cars from the accident scene. Then we found out that the Silver Jeep was registered to Tanya Hutchins, a woman who has been evicted from government subsidized housing three times, and has a long criminal record and zero credit to possibly purchase a car. Then we found the silver Jeep towed back to her house on Ferraro Street: And we found out that her husband “Sixto” Villalabos was a business associate of Central Auto Body. 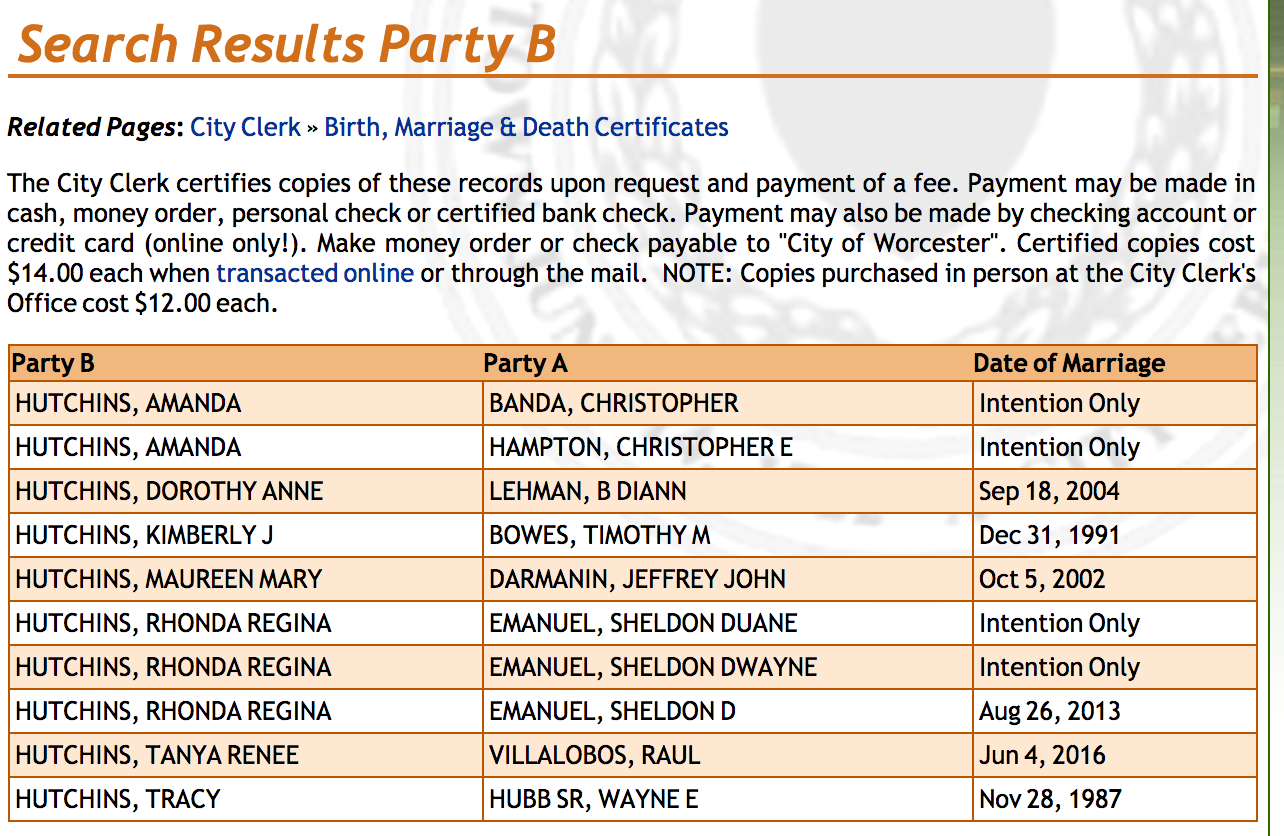 Then we established the Silver Infiniti in the staged crash was driven by Joseph Correa – a career criminal – after we ran the plates on the Infiniti that Pat’s Towing was trying to get rid of. Then we found out why the cars were brought to Central Auto Body. Turns out that their owner, Mike Sweeney, is well known in the insurance community for trying to inflate the amount of work done on cars that have been involved in accidents, and jacking up the price on insurance adjusters. He’s even threatened and assaulted insurance agents who questioned whether certain work was necessary, and attempted to commit fraud several times. The cars were brought to Central Auto Body because obviously Mike Sweeney is in on the scam, and so is Pat’s Towing. Doesn’t take a genius to figure that one out.

The problem is the four idiots who got arrested were just the fall guys. The masterminds are the people who work at Central Auto Body. The crash guys were just hired help. I’m sure they wont give up their friends, because, ya know, snitching is wack yo!! But obviously the plan was to crash the cars, bring them to Mike Sweeney, have him jack up the amount of work that needs to be done, and then bill the insurance companies who pass the costs on to the rest of us.

But their plot failed. Because Turtleboy is always watching. Always.