ant to advertise with Turtleboy? Email us at Turtleboysports@gmail.com for more information, and check out our website about types of advertising we offer.

Yesterday we broke the news that the silver Jeep involved in the insurance scam belongs to a local ratchet named Tanya Hutchins. She is a regular down at the Worcester courthouse for criminal charges:

And she’s even more well known in housing court. In 2000 she was brought in for non-payment of rent and lost: In 2002 she was again brought to housing court because she didn’t pay her rent in Plumley Village, which is government subsidized housing: In 2006 she was again brought to housing court for non-payment of rent at Plumley Village: In 2009 she was evicted from Lakeside Apartments, which is more government subsidized housing: I know, it’s hard to pay your bills when the government is paying most of them for you. Especially when you’re a grown woman living in the land of opportunity. But she ended up defaulting on her court ordered demand to repay the money she owed: Then in 2011 she was brought to housing court by the Village Store, which is the neighborhood market in Plumley Village: 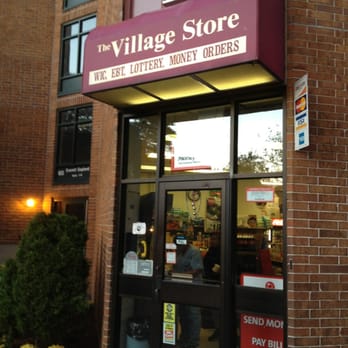 Because somehow after never paying her rent she was allowed to keep living in Plumley Village. As you can see in the judgements, the courts ruled against her after she didn’t bother showing up. This happens all the time in court. Seriously, sit in on a day of small claims court in Worcester. Ratchets show up 5% of the time because they know they don’t have to. Even when they have judgements against them, it’s still almost impossible to collect anything from them. After you get a judgement in your favor there is a payment review hearing, and the ratchets never show up there either, because they know they haven’t paid:

According to the docket Tanya made a deal to pay her debt in 2015, with a bi-weekly payment of $25. Of course she never made any of the payments and there is currently a capias issued for her default: But as you can see, the capias doesn’t give the Sheriff’s department the authority to arrest her. So……what good is it? This is why people don’t even bother with small claims court.

In 2012 she was brought to small claims court by I-C Federal Credit Union, which means she ran up a credit card that she never paid for. Naturally she didn’t appear and the judgement was made against her: But it doesn’t matter because she never bothered showing up for any of the payment reviews, and it’s been going on for almost five years now:

Yes SOMEHOW, this career deadbeat has a nice silver Jeep registered in her name. It was registered to her in 2013, despite this insanely bad credit history. And coincidentally, that Jeep was used in a staged accident to defraud an insurance company. Yup, this just keeps getting better.

As we pointed out in our blog yesterday, she recently married a guy named Raul Villalobos: There’s not much there, but it does say he is from Puerto Rico. However, his friends list is easily accessible. And you will notice that he is friends with a Mike Sweeney: And Mike Sweeney is the owner of Central Auto Body, where we discovered the silver Jeep parked yesterday, only to have it removed by a gypsy tow company an hour after we blogged about it. So we know Tanya and Raul are directly connected to Central Auto Body, which is where their Jeep was parked. Then we looked at Mike Sweeney’s friends list and we just so happen to see that he is friends with Albert Haynesworth: The disgraced former NFL star who is now the front man for Pat’s Towing, which has been renamed Patriot’s Towing. The same company that illegally tried to tow away the Silver Infiniti that was involved in the insurance scam. He’s also friends with the Santa Maria family, who used to own Pat’s Towing, and are buddy-buddy with Fat Albert:

So if you’re keeping score at home. A broke, degenerate woman named Tanya Hutchins somehow was able to purchase a nice silver Jeep. This silver Jeep ended up being involved in a staged insurance scam car crash, in which she was not the driver. The Jeep ended up at Central Auto Body, which is owned by Mike Sweeney – a friend of Tanya’s husband. And Mike Sweeney is friends with both the current and former owner of Pat’s Towing, which illegally tried to get rid of the evidence at the crash scene before the cops got there.

Stay tuned. There is MUCH more to this story.