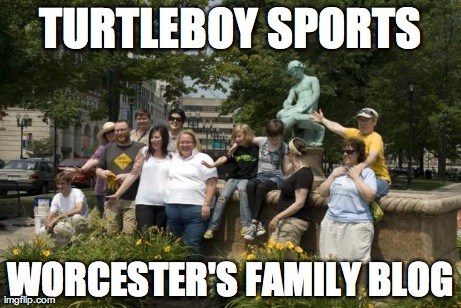 Despite being a family blog, we’ve still somehow offended a gaggle of people at Turtleboy Sports. It’s a pretty standard side effect of the hot takes. But one article we wrote back in February about why the Winter Olympics suck apparently just set off the biggest Turtleboy Sports troll job of all time. Someone using the name “Didn’t” left three of the greatest comments you will ever see.

First he had this to say:

“Have you even tried ice dancing. Or figure skating. Dissing other sports is plan out rude. People dedicate their lives to a sport and you say ice dancing is easy. How the heck would you even no? I ice dance, I have been skating for five years and starting is one of the most difficult things I have tried. So you should think before you full on insult the sport and the people who play it. Figure skating is one of the most hardest sports to pick up.”

This comment is a work of art. It really has it all – the grammar, the spelling, the ice dancing. I wish I could’ve been in the room when he read the blog for the first time. I have no idea what he googled to find Turtleboy Sports, but I assume it had something to do with ice dancing. So I went to my analytics and here are things people typed into google to find us yesterday: 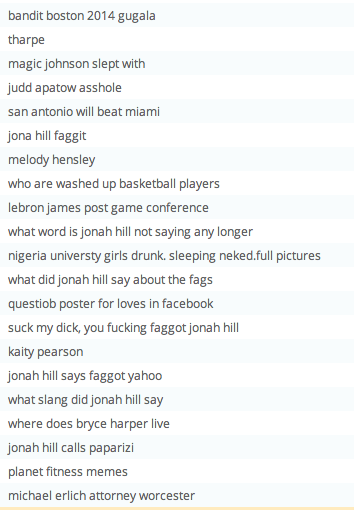 When you think “sports hot guys”, or “felatio”, you think Turtleboy Sports.

I wanna meet the fat bastard who actually wrote, “Is it true that planet fitness is for fat people” into a search engine.

But yea, nothing about ice dancing here so it’s a big mystery how he found us. But find us he did, and he HATED our takes on the winter olympics. So he left the one comment above. Then I got another email indicating he had more thoughts a couple minutes later:

This is like the most stupid article I have ever read. Making an entire page about dissing people’s life work should be illegal. Are you saying these sports are easy? Are you saying these people don’t deserve it? And if not what are you saying. And your points about figure skating were the worst part. ARE YOU SAYING THAT SKATING IS EASY? YOU TRY AND DO A TRIPLE AXEL, scratch that try to even stand straight on ice. YOU BARELY UNDERSTAND THE PHYSICAL DIFFICULTY OF THIS SPORT YOU IDIOT!!!!!!!!!!! PRANCING AROUD AND DOING JUMPS IS NOT WHAT SKATING IS ABOUT YOU FREAK! GO LOOK UP SKATING AND TELL ME IF YOU CAN JUST LAND ONE OF THOSE JUMPS!!!!!!!!!!

Turtleboy Sports takes are so hot they should be illegal. That might have to be our new slogan.

Meanwhile I can see the steam coming out of this guy’s ears as he writes this to me. I’ve been called a lot of things – fuck boi, butthurt, asshole, etc. But this is the first time someone’s called me a freak when they disagreed with me. Because if you aren’t entertained by men dancing around in strange outfits on the ice, then you’re obviously a freak.

YOUR POINTS ARE JIST SO STUPID I CAN BARELY FUNCTION!!!! I HOPE YOU OPEN YOUR EYES NEXT OLYMPICS

I wonder what this guy’s day was like at work today?  He must’ve been trying to do his job, but his mind just kept wandering back to that blog he read yesterday. How could ANYONE not like figure skating and ice dancing? How could they write those sort of things….ON THE INTERNET???!!! How has Turtleboy not been arrested for writing these things? I have a feeling this guy has that fateful blog from February tacked up on his bulletin board and he’s been using it as motivation all day to do…..whatever the hell it is an illiterate ice dancer does all day.

Safe to say this guy could be our next great agitator/commenter. Unfortunately for me I am an immobile boy of stone sitting in downtown Worcester, so I’m pretty vulnerable down here. Hope he doesn’t find me!!! 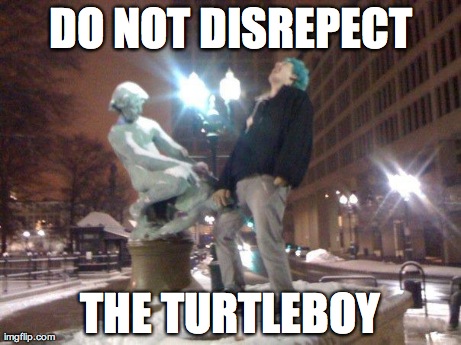 I need this guy to be a regular commenter and I need him now.

Two Years Later, The Flaws In The Freeh Report Finally Come To Light