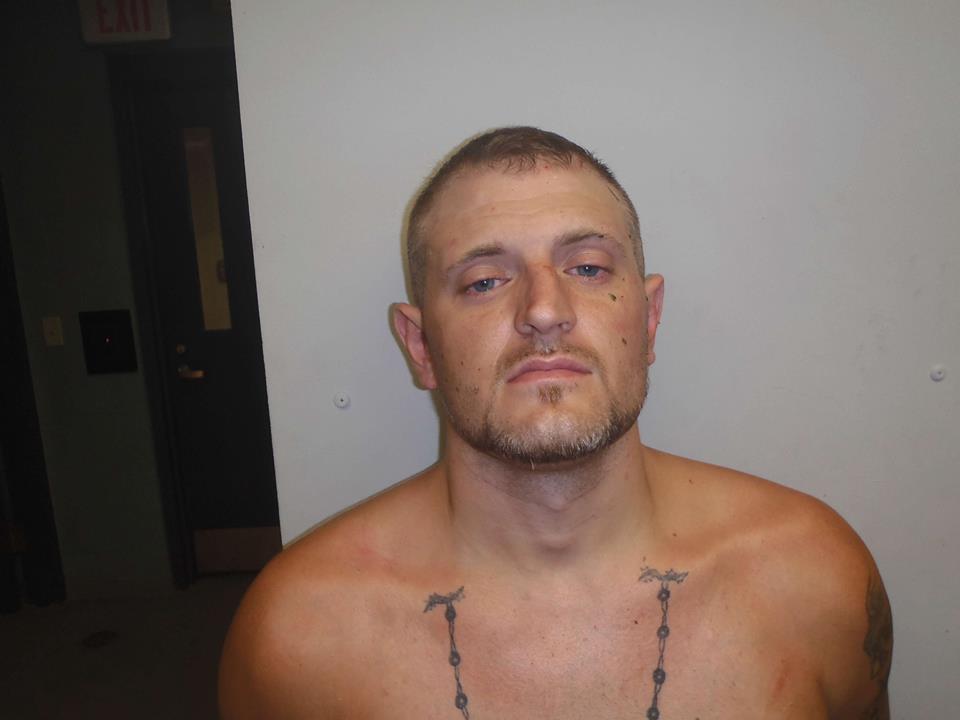 Dudley Police Department Facebook Page: On Friday, July 31, 2015 at approximately 3:10 am, Officer Tyler Smith and Sergeant James Hutchinson were dispatched to 17 Wysocki Dr. in Dudley for a report of a single car motor vehicle accident. Wysocki Drive contains multiple condominium units knows as the Stone gate Apartments. Upon arrival, the officers saw a 2004 Gray Honda Civic against a tree in a wooded area behind one of the buildings. The vehicle owner was located and he is a resident of that complex. Further investigation revealed the car had been driven, without the knowledge of the owner, from its parking space near #17 Wysocki Drive prior to the crash. Several items in the vehicle did not belong to the owner, including a white baseball cap. It was believed the vehicle was in the process of being stolen at the time of the accident and some of the contents may have been taken from other locations.

While leaving the scene, and driving east on Chestnut Street, Sgt. Hutchinson observed a 2013 Kia Optima parked in the Wysocki Drive area. He saw a male subject flee the vehicle, jump over a fence, and head towards neighboring Green St. Officer Smith pursued the subject on foot. He located a white male crouching behind some bushes in the area. He was later identified as Michael Prim age 31 of Webster Mass. Mr. Prim was wearing only a black leather jacket, underwear, and sneakers. He also appeared intoxicated. He was taken into custody without incident. Multiple items were in his possession, including car chargers, loose change, and a Pontiac owner’s manual from an unknown vehicle. Mr. Prim had a plastic bag in his possession. It contained multiple items including several GPS devices, phone chargers, an IPOD, loose change, and several other articles. Prescription medications were also located.

The white hat found in the stolen motor vehicle was identified as belonging to Mr. Prim. In addition to this stolen car, it was discovered several other vehicles in the area had been broken into.

Prim was transported to the Dudley Police Department and charged with numerous offenses including larceny of a motor vehicle, breaking and entering a motor vehicle, possession of burglarious tools, larceny, and possession of a Class C and E substance. Mr. Prim is reported to be a registered sex offender in the State of Connecticut. It is believed he removed his GPS ankle bracelet. The Connecticut Department of Probation was notified on this matter. I’ve said it before and I’ll say it again – no town in Worcester County got a better screwjob with their location than Dudley did. It’s a nice place an all, but it’s basically the Southbridge to Webster expressway. And nothing good ever comes from those two God forsaken cesspools of debauchery.

I mean, just look at that man. He just oozes Webster from his pores. The best part about this story is the guy’s outfit:

“wearing only a black leather jacket, underwear, and sneakers. He also appeared intoxicated.”

Because when it’s 3 in the morning on a 85 degree summmer night, and you’re a drunken Websterite stealing cars on the other side of the French River, why WOULDN’T you be wearing a leather jacket, sneakers, and underpants? You don’t wanna stand out after all, and no one will notice the shady crackhead in his underpants breaking into a Kia Optima.

Ya gotta love this guy’s spirit though. First he steals the Honda Civic, and because he’s so wasted he crashes it into a tree, ditches it, and leaves a bunch of his crap in it. Because no one would notice the abandoned car that’s crashed into a tree. Then instead of cutting his losses and going home, he tries to steal a Goddamn Kia. I’ve owned a Kia before. There’s nothing I wanted more than someone to steal it. But nevertheless, you can’t help but respect his never give up attitude. Never change Webster. Never change.