I’ve said it before and I’ll say it again – Turtleboy Sports is a feminist website. But our problem is with the insane feministos who want to make a mockery of everything we stand for by saying really stupid things that make all rational feminists look bad. Valerie Alexander who writes for the Huffington Post and Jezebel just became one of these feministos with her article World Cup Stat’s Erase The Sports Most Dominant Player’s: Women. 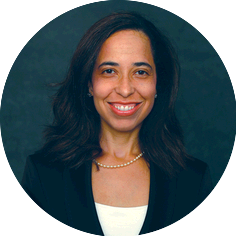 What she wrote is in italics:

There are few sporting events I get as excited about as the World Cup. I played soccer in high school, in the NCAA, and for five years post-college, including two glorious years in the Golden Gate Women’s League, Premier Division. What the U.S. Men’s National Team has accomplished is extraordinary, with a second consecutive appearance in the knock-out round and incredible teamwork and fortitude against four formidable opponents.

OK right off the bat she’s wrong. Obviously she wasn’t watching if she thinks what the USMNT did was “extraordinary.” They went 1-2-1. On what fucking planet does America go 1-2-1, lose to country the size of Belgium, and call that extraordinary? Celebrating our second consecutive appearance in the knock out round is the definition of lowered expectations and is basically as anti-American as you get.

Only one thing mars my enjoyment of watching the World Cup, and it’s the absence of one small word. Just a tiny qualifier in a statistic that really should be corrected as our men’s team continues to gain respect internationally. So I ask the American commentators, please stop announcing that Landon Donovan is the “all-time U.S. leading goal scorer.” He is not. With 57 international goals, he’s not even in the Top Five.

You see that right there? That’s why no one takes the feministos seriously. This is by far the dumbest thing I’ve heard in quite some time. Literally making a federal case out of something for no reason except to make a federal case out of it. They call Landon Donovan the “all time U.S. leading goal scorer” because in the context of the discussion that’s exactly what he is. This is the men’s World Cup. The women will have theirs. When the women’s World Cup arrives Abby Wambach will be referred to as the leading goal scorer of all time and men won’t freak out about it. 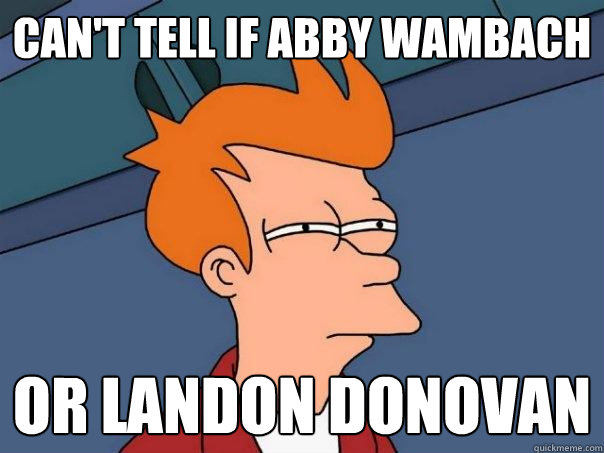 I don’t want to take anything away from what Landon Donovan has achieved. It is commendable. But every time he sits there, silently allowing that phrase to be rattled off — “all-time leading U.S. goal scorer” — without pointing out that he is the all-time leading men’s goal scorer, it does take away from what Abby Wambach and Mia Hamm have achieved — total world domination.

She doesn’t wanna take anything away from Landon Donovan? Well yea, except accolades that he’s earned. She has a problem with him sitting there as he’s called the “all time leading U.S. goal scorer?” What the fuck is he supposed to do? Chime in and say, “actually I’m the leading MALE goal scorer you misogynist pig!!” Because that seems to be what she wants him to do.

Newsflash – Abby Wambach and Mia Hamm achieved “total world domination” because they live in a country where women aren’t stoned to death for driving a car. Whereas the men play a sport that the rest of the world has been perfecting for centuries, the women’s tournament started in 1991. The U.S. won that year because they beat the mighty powerhouse of Norway. Then they won again in 1999 and haven’t won since. Sounds like world domination to me!!

Oh yea, and guess what countries have NEVER made the women’s World Cup? Spain, Chile, Uruguay, Belgium, Paraguay, Portugal, the Netherlands, every country in Central America and all but two countries in Africa. You know what those countries all have in common? They’re all really good countries traditionally in men’s soccer. So while the men’s team has to face the rest of the world where men’s soccer programs have been developing and perfecting themselves, the women face Norway, Japan, Brazil and a handful of ragtags.

Oh, and you know what Portugal, and Uruguay, and Spain DON’T have. Title IX. They don’t fund women’s sports’ programs the way we do, so logically girls in those countries don’t develop athletically like boys do.

Besides that it’s an AWESOME comparison.

In sports like tennis and gymnastics, where the U.S. women clearly outstrip their male counterparts, no one talks about the men’s statistics without that clarifier. Why is soccer different? Why are almost all other sports different? Why do people consistently claim that Mike Krzyzewski is the winningest coach in college basketball when he is still 115 wins behind Pat Summit, with a significantly lower win percentage (his .763 to her .841)? How hard would it be to simply slip the word “men’s” into the conversation, if nothing else, in the interest of accuracy?

People call Coach K the winningest coach in college basketball because that’s exactly what he is. Even mentioning Pat Summit’s name in the same conversation makes a mockery of the feministos. You know why Geno Auriema is a joke? Because he refuses to coach men’s basketball. Why? Because it’s obviously easier to win in women’s. He’s found something that works and he ain’t leaving. It’s a million times easier to win a championship in women’s basketball. You just get behind a giant like Brittany Griner and you can’t be beat. In women’s basketball the team with the best player always wins. It’s science.

In men’s there’s much more parity throughout all the conferences. There’s way more upsets in men’s basketball in the tournament, and the championship games are almost always contested. UConn just won the women’s national championship. They won tournament games 87-44, 91-52, 70-51, 69-54, 75-56, and beat Notre Dame in the final 79-58. Exciting stuff right there.

So obviously it’s apples and oranges to even attempt to compare what Coach K has done with Pat Summit. Anyone with a brain knows what Coach K did was a million times harder, because unlike Summit he loses players to the NBA a year into their scholarships, has to play his way through the best conference in the country, and then has to win six straight games against the best college basketball has to offer in the tournament. Pat Summitt’s job was a million times easier.

The issue of establishing women’s achievements as “women’s” but allowing the male position to be the assumed baseline goes far beyond sports. When Sonia Sotomayor was being confirmed for the Supreme Court, members of Congress repeatedly asked her (repeatedly) if, as a Latina, she would be able to remain neutral. I don’t recall ever in the history of confirmation hearings, anyone asking, “As a white male, do you think you’ll be able to remain neutral when deciding issues of law?” Given some recent decisions, maybe they should have!

I’m not even gonna go there, but the fact that she’s drawing a parallel to the Supreme Court is a fucking joke. What the hell does any of this have to do with Landon Donovan?

From there she just went on a rant about how she was at work and someone said something that she thought was misogynistic. Then she attempted to say it’s the same thing Landon Donovan did. Meanwhile anyone reading it with a brain realizes that this lady is just looking for something to be upset about.

We have to stop comparing men to women. We’re built differently. That’s why our sports are separate. Attempting to compare the accomplishments of women to men is like comparing apples and oranges.

In 1998 two cocky young tennis players named Venus and Serena Williams said that they could beat any male tennis player in the world ranked under 200th. So some 30-something schmuck named Karsten Braasch took the challenge since he was ranked 203rd. He beat Serena 6-1 and then Venus 6-2.

Oh yea, and check out his bio from his Wikipedia page.The guy wasn’t exactly a model of fitness:

He was well-noted for his service motion and his habit of smoking during changeovers. Braasch competed in a “Battle of the Sexes” contest against Venus Williamsand Serena Williams at the 1998 Australian Open when he was ranked 203. A decade and a half older than the sisters, Braasch was described by one journalist as “a man whose training regime centred around a pack of cigarettes and more than a couple bottles of ice cold lager.

That is a bad ass German ladies and gentlemen. Of course he won. He should’ve won. Doesn’t diminish anything the Williams sisters have ever done. When it’s all said and done the Williams’ will be legendary players and will spend an eternity in the Hall of Fame in Newport. Braasch will just be a German guy with an awesome Wikipedia page. But he’s a dude and they’re not, so the fight was never a fair one to begin with.

Look, Floyd Mayweather is the greatest pound of pound boxer in the world today. You know what would happen if he fought Mike Tyson in 2002? He’d be knocked out in 30 seconds. Because Tyson outweighs him significantly. That’s why they’re in different weight classes. So attempting to compare them is really, really stupid. Just like comparing Abby Wombach to Landon Donovan is.

So please, stop embarrassing us real feminists. We’re trying to spread hot feminist takes over here and you people are hijacking our movement Valerie Alexander. Please step aside and let the real feminists handle this.

Feel free to share your thoughts to keep conversation going.