Meg Bitton – the “artsy” photographer who takes pictures of 9-11 year old girls pretending to be street hookers. You’ll notice one of the featured photographs she chose was this one: And as you can see, those little hookers are doing cocaine: 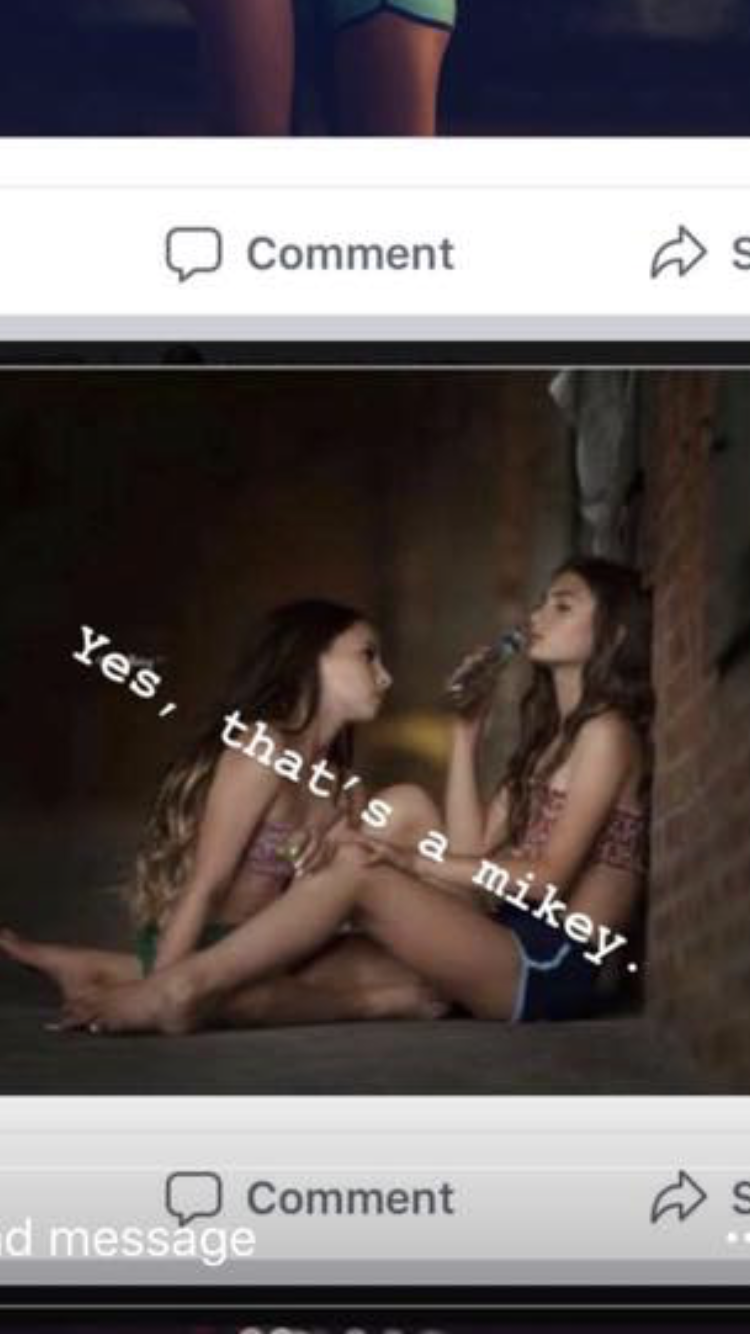 In order to get that “sponsored” post up Meg Bitton had to pay Facebook, and the ad went through an approval process. This is OK, but we get shut down for Christmas trees. Makes sense.