Yesterday at a Rattlesnake Review Working Group meeting in Ware, people were allowed to speak out for or against a proposed rattlesnake island on Mount Zion in the middle of the Quabbin Reservoir. We wrote about this last year. It’s literally the dumbest idea in the history of mankind. It’s a stupid snake that’s too dumb to survive on its own. I could care less if it goes extinct. That’s how Darwinism works. If you’re a stupid animal that isn’t smart enough to figure out how to eat without being given your own island, then your species doesn’t deserve to exist any longer. If anything, throw them in Vermont, or some dumb state no one cares about. And if we have a spare island in the middle of the Quabbin Reservoir that we wanna store dumb animals on, might I propose our idea of ratchet island? We take all the fupasloths, gutterslugs, laardvarks, cheesehogs, and gravy dumpsters, and we toss them on that island. No rules. No laws. No GoFundMe’s. Just anarchy. We could make money by having tourists from all over the world come and ride a train through the island as they watch the ratchets draw 100 emojis in the sand in their natural habitat. All our problems could be solved.

Anyway, that’s the argument Turtleboy would use. But a Northampton hippie named Sue Grant apparently had a different method of arguing for keeping rattlesnakes out of the Quabbin Reservoir – singing a song:

Western MA is a strange and terrible place. I wish I could say that people like Sue Grant were an anomaly, but they’re not. You can drive through Amherst or Northampton or Wendell or Ashfield or Leverett and see no shortage of Sue Grant’s doing yoga with a buddhist monk while eating granola in the middle of town square.

That video was cringeworthy though. This is why you can’t trust chicks with long gray hair. If you’re gonna go gray, then just get the bob and get it over with. The only broads who are supposed to have long gray hair are witches. You’re not a witch are you Sue Grant?

But seriously, I can’t believe how many verses she sang. There were several points when I thought she was done, but then she’d just go right back to the chorus. The whole thing was incredibly uncomfortable. There’s nothing worse than someone who sings when no one asked them to sing. Like the guy who whips out the guitar at the campfire and starts singing Nickelback. Seriously, just fuck off already. The expressions from the guy in the red sweater said it all: For the love of God, make it stop!!

Meanwhile some of the selectmen are giving her the awkward, uncomfortable look, while others are doing their best to avoid eye contact altogether by pretending to take notes like they’re American Idol judges. Not gonna lie, since this was in Ware I was expecting the board members to be a lot more ratchet. And except for farmer Bob, who clearly stopped giving a shit a long time ago, they’re all wearing button up shirts. And none of them have face tattoos. Didn’t know it was possible to take 10 people from Ware, put them in the same room, and not see any visible tattoos. All I know is, they don’t look like anyone from our Top 25 Ware Mugshots blog. 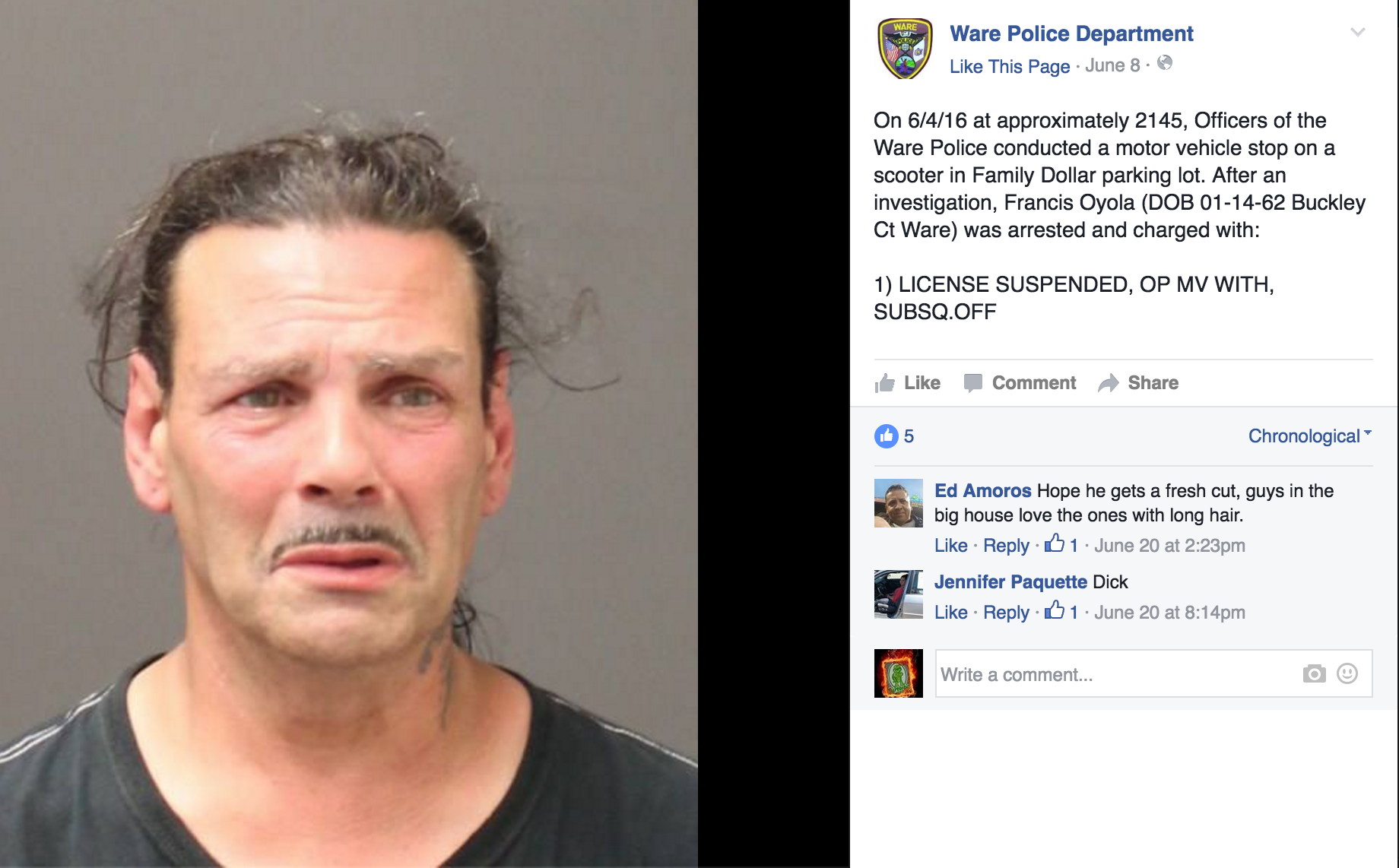 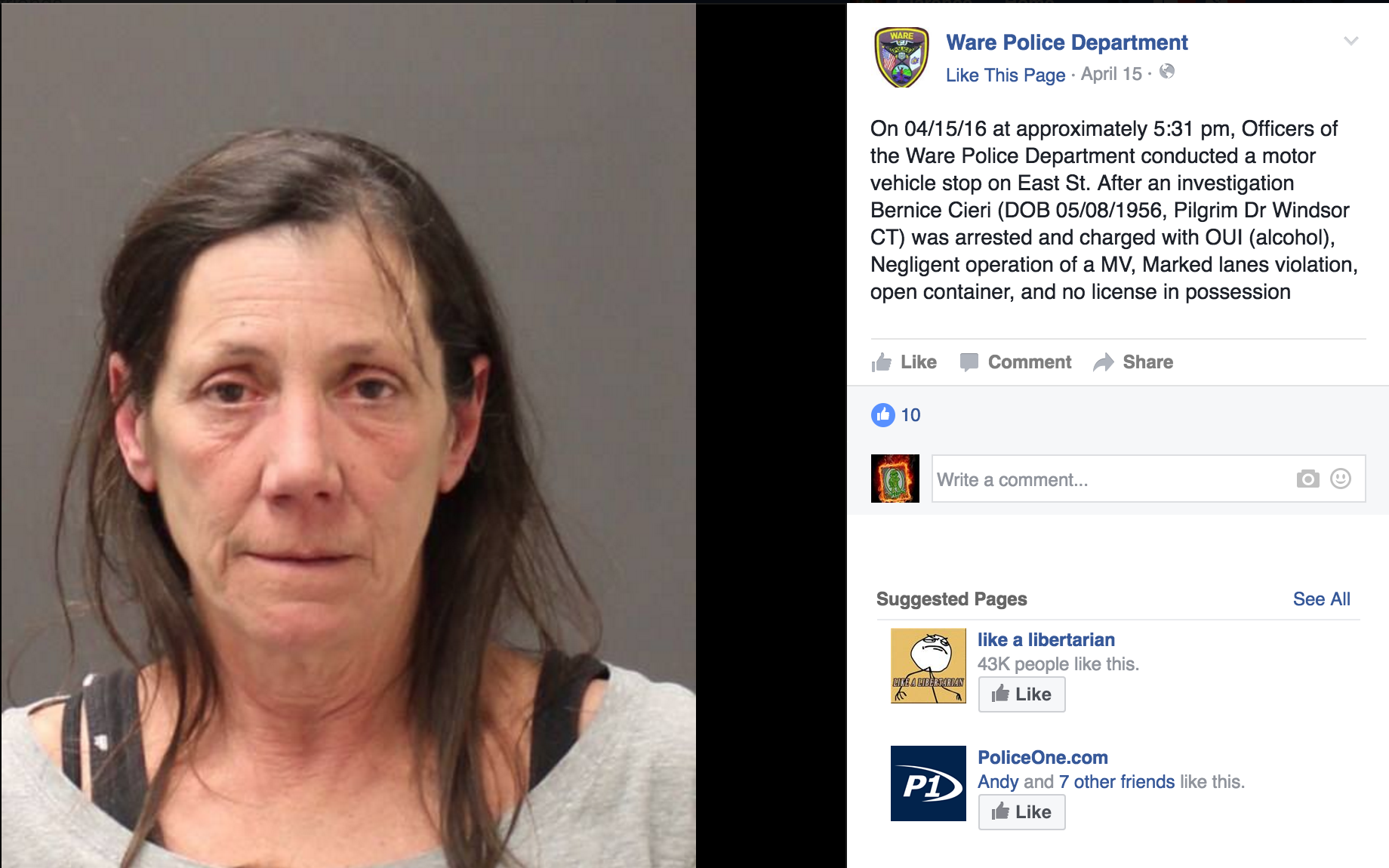 The Ware Police Department’s Facebook page is still the greatest page going on the Internet.