Mike Motta, An All-Star Rapeysaurus Rex, Who Can’t Take A Hint, Shows Us How Real Men Deal With Women After They Decline Unwanted Advances For His Dinkadoodle *Mike Motta, An All-Star Rapeysaurus Rex, Who Can’t Take A Hint, Shows Us How Real Men Deal With Modern Women After They Decline Unwanted Advances For His Dinkadoodle

Back in the days when I was a younger Turtle, Mr. Turtlegirl decided that he wanted to court me. So, he plotted to take my cell phone number off my business card, text me at all hours of the night, and when I brushed him off, he called me a cunt until I let him throw it in my backdoor. That’s how babies are made, right? Oh, wait. Just kidding. I’m mixing MY love story up with this winner from Ludlow harassing the shit out of a girl who didn’t like him. Whoops.
This blog is a fine example of what romance looks like these days, folks!
First off, let’s discuss how rapey this guy seems. When I see a face like this I think “mmmm consent.” I know you’re saying “SSTG! You’re being judgmental! You’re going to tarnish this guy’s stellar reputation and you have no right to do that!”

Shhhhh! I don’t usually scrap my surprise endings but I want you to keep that in mind while you read these! 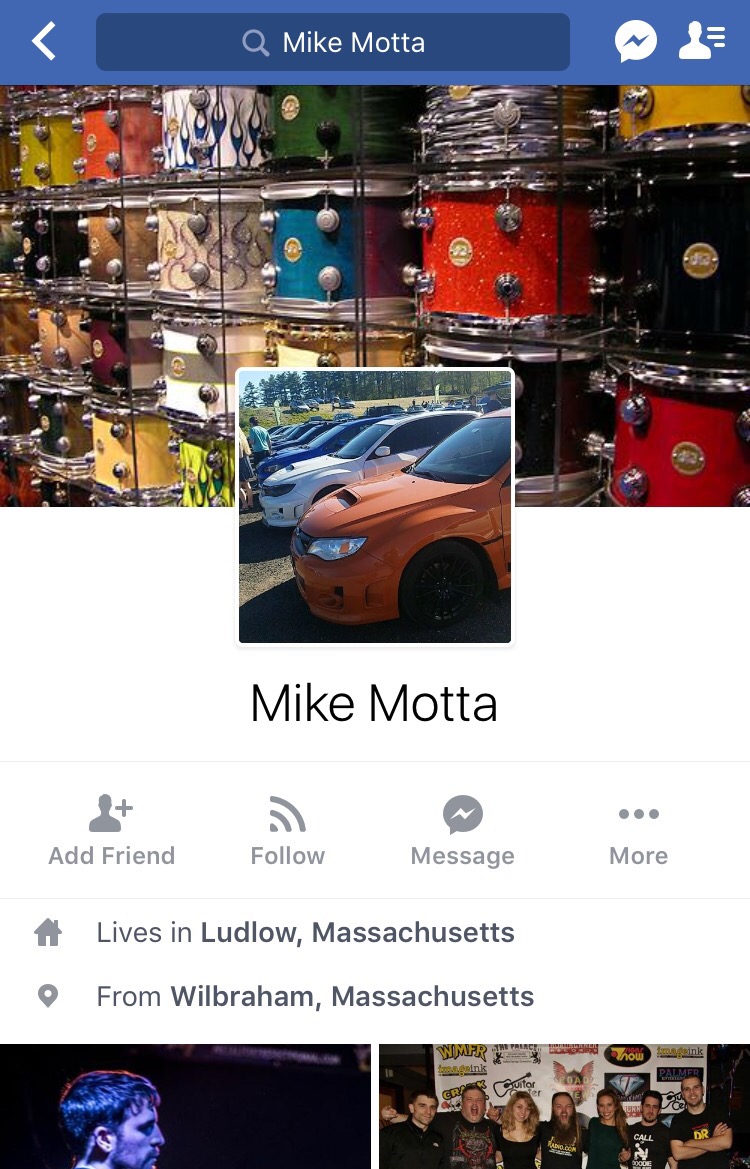 Just call it a girl’s intuition. We know creepy when we see it. It’s the same set of she-powers that lets us know you’re not listening to our ranting and forgot our anniversary. We know these things. Bet you five bucks that he’s a drummer for a Godsmack cover band.

Anyways, back to what I was saying… So, when my new pal Lydia handed her business card to Mike, as she’s a hairdresser and that’s how they get business, she thought it was for a haircut referral. NOPE. The creeptastic texting began almost immediately. Now I see these messages and can tell she’s not interested. She plays it cool though.

I guess in Mike’s world that means she was all his. As time went on, Mike would text. Lydia would politely pass off the invites and unwanted attention. Mike got tired of the mating dance they were doing. He decided to kick it up a knotch!
I want you guys to take notes. THIS is how  you woo a lover. If they run… That means they aren’t in to you. This isn’t about what Lydia wants. This is Rapey Rex’s time to shine. But he poured his heart and soul out to her! Sure, his typing looks like someone pelted a fridge with those alphabet magnets to see what stuck instead of actual words… but he’s lonely! He ain’t got time for spelling!

Well, I guess Mike didn’t like being called an asshole. He thinks because she doesn’t want him, and didn’t appreciate his bullshit, that there is something wrong with HER. Shocker. I know that would make me soften up. Nothing gets me ready for an unsolicited pounding like when Mr.Turtlegirl calls ME a cunt! Tell her she’s crazy next! Bitches love it when you tell them to “relax” too! Oh, now she sucks because he trusted her to give him a haircut and she declined a drink. God Lydia! What were you thinking?! RAH-OOOOD. How dare Lydia, stand there looking all cute, with her shoe-lace personality, and not take her pants off for him! He’s been texting her forever! This is the 20th century! Women are supposed to just throw their party pieces all over him for not getting a hint! We, as women, don’t care if we don’t want it! Creepy pricks know what’s best for us!

Mike wasn’t done though. He decided to go and trash Lydia all over her work Facebook page. You know, because that’s what any rational person would do.

Lydia, obviously pissed, decided to make a giant post letting people know about Rapey Rex. Seems he has a rep for this type of stuff! Obviously we were mentioned too… Now, if you’re like me and you’re not really sure what the second-degree harassment meant from earlier, let’s take a look! Ah. That really strings this whole thing together. It’s good to know he’s dangerous.However, I do believe Sara puts it best… Have you been harassed by Mikey? Shoot me a message to the Turtleboy Sports inbox. I’m sure the stories just get better with this, going-to-die-alone-with-dead-animal-fur-to-rub-on-his-micro-dick, herpie yodeler.