This is Tyrelle Depina from New Bedford: He’s a gang banger who was arrested in February for kidnapping, strangulation, and suffocation of his ex-girlfriend:

He ended up getting his sidechick Jessica Pereira pregnant, and they recently had a baby. She’s got a couple others from different spam javelins, both of whom are named after the tuna torpedo who conceived them. She collects stamps, and sells percs, so her and the new weekend Dad can make lobster dinners at home, courtesy of the taxpayers and the opiate epidemic. As you can see, she’s the kind of chick who only accepts gangsta cervix scrapers: 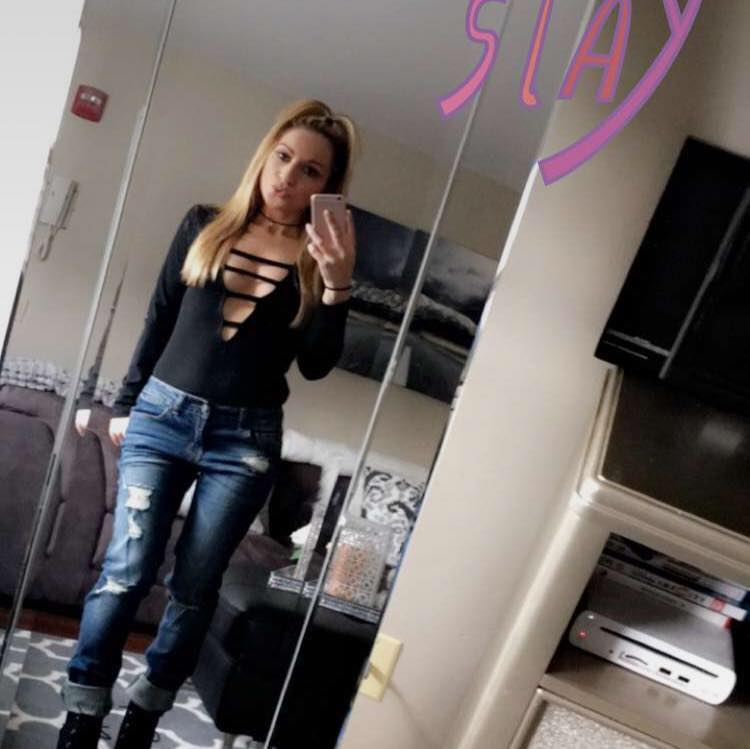 Nevertheless he’s a good Dad because he occasionally posts pictures on Facebook of skin to skin with his spawn: Sure, he’s a woman beater and his face is covered in gang tattoos. But he’s a great parent because he kissed a baby one time on Facebook. As a father who actually loves and cares for hid kids, and wants them to grow up to be caring and law abiding members of society, I really cannot stand when people like this try to act like they’re role models. You’re not. If you were then you’d set a good example for your kid by not being a scumbag. You just like having a baby because because you get to buy them Jordan’s and raise them to be derelicts just like you.

Watch out though, he’s focused on the really important parts of parenting: Nothing like advertising your chudstuffer’s proclivity to beat women when he’s angry on a t-shirt. Classy.

You had one job Jessica – But since you’re from New Bedford this was obviously not a realistic goal.

Anyway, these lovebirds had a ghettofabulous choice of Halloween costumes. They went as themselves, and the child she spit out of her penis fly trap with some other yogurt slinging courthouse regular went as the cop who would be arresting them: This seems like a healthy way to raise a family.

Oh, and Dad even put a tattoo above the newborn baby’s right eye depicting the Crip’s three point crown and three dots in a triangle: Because nothing’s cuter than when a baby dresses up like their father for Halloween. After all, this is a lifestyle any good mother would want her baby to emulate. A gang-banging woman beater.

You’ll also notice that he called the newborn, “baby ruger”

As in, the brand of guns. Ruger just so happens to be his gang name as well, which is weird because he’s never actually shot anyone. He sticks to strangling and beating the shit out of kidnapped women instead. Like a pussy.

Anyway, since Mom is a hoodrat spunk receptacle she seems to value this sort of father figure, and proudly boasts that her baby “looks mean like Daddy.” Because “mean” is a quality that any good mother would want to describe her baby as.