Sister Of Leominster Cash 4 Noodz Butterfluffer Threatens To Go To Cops For Harassment, Desk Girl Agrees To Send Her Noodz For Cash, Gets Rejected 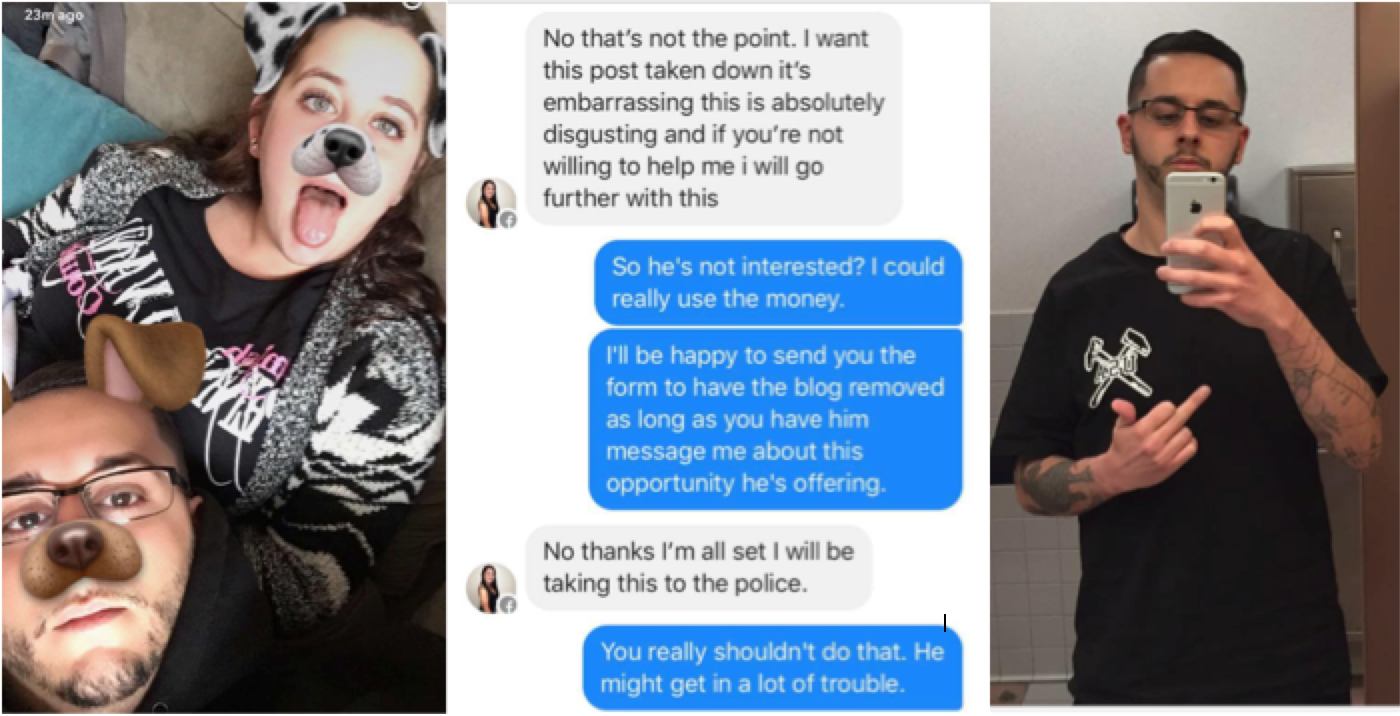 Sister Of Leominster Cash 4 Noodz Butterfluffer Threatens To Go To Cops For Harassment, Desk Girl Agrees To Send Her Noodz For Cash, Gets Rejected

The other day we blogged about Travis Palermo, the Leominster chudmuff who has messaged at least half of Central Mass women and attempted to befriend them in order to eventually offer to pay them cash for noodz. 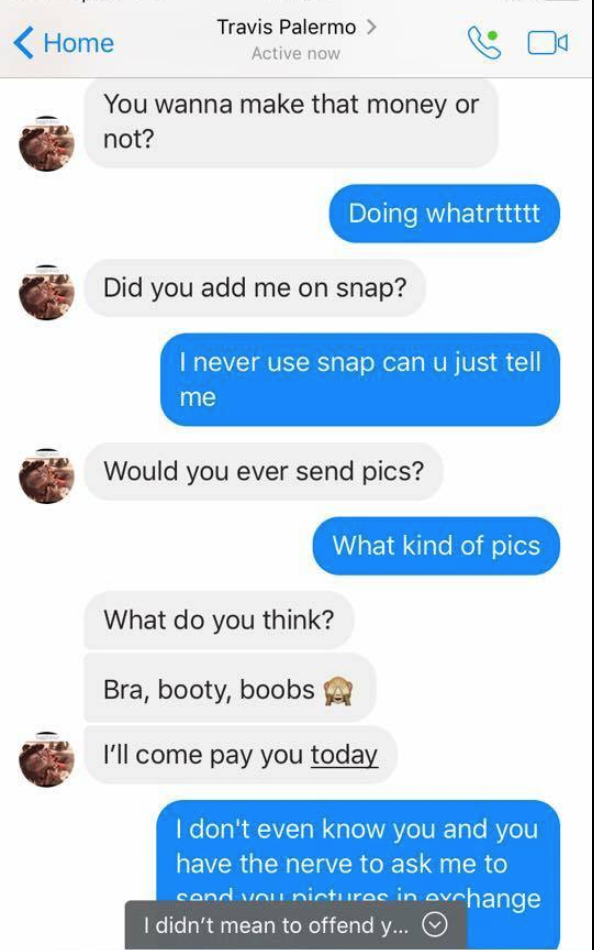 Well yesterday his sister Daphne contacted us on his behalf. This is what we’re dealing with here: 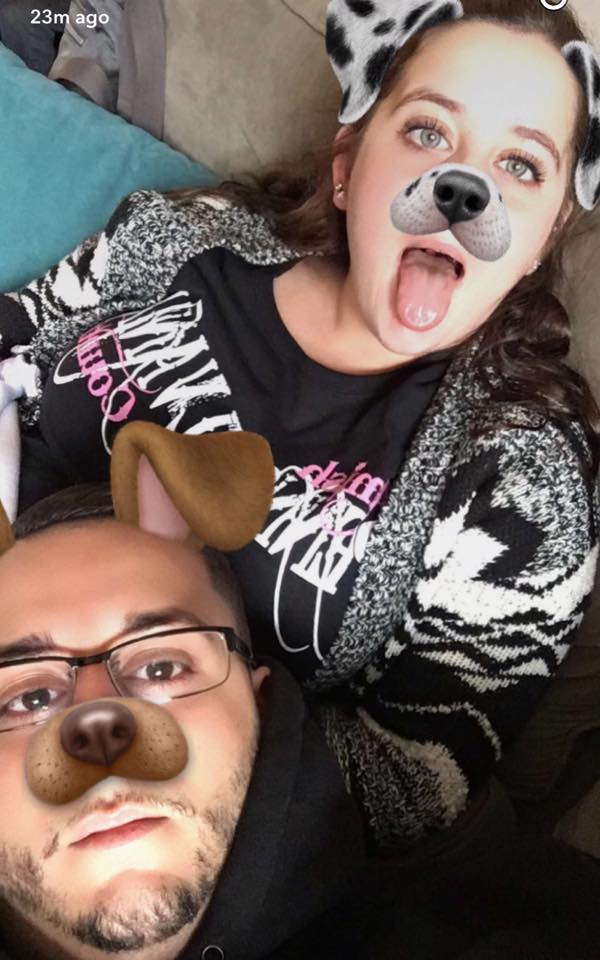 So you know this is about to get fun. Yup, you read that right. The sister of Central Mass’ most infamous serial sexual harasser is going to the cops to report Turtleboy for harassment. That’s a new one.

Too bad because she started off strong. When you message us respectfully like she did in the first sentence we can actually work with you. But the second you mention going to the cops or Internet lawsuits, we hand it over to Desk Girl……. When isn’t Deskie in the bathroom? I swear she eats Moe’s four times a day.

But since Deskie is desperate and has basically no standards or expectations in men, she saw an opportunity to be had here….. 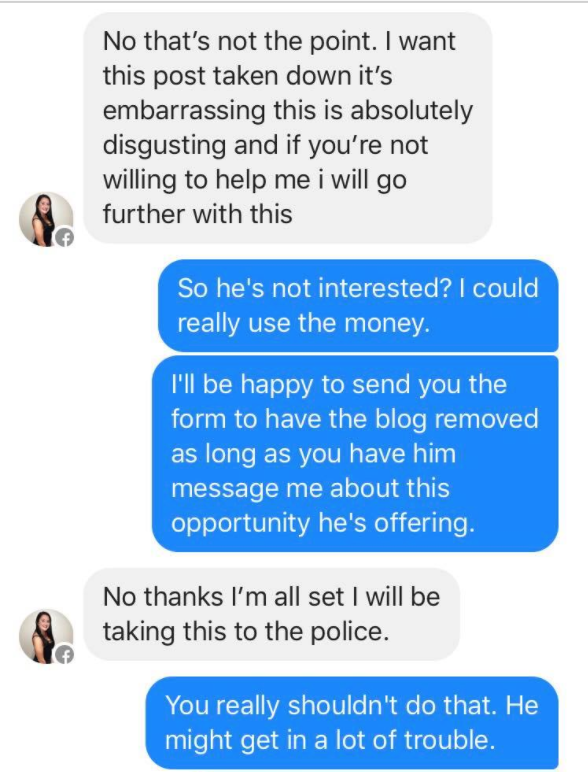 A strange man willing to pay for noodz? Abi has literally been waiting her entire life just for this moment. But I guess little sis wasn’t interested. And she pointed out that what her brother did wasn’t a big deal because lots of guys solicit noodz from strangers over the world wide internets…. Yes, you are correct Daphne. Lots of men do indeed ask women for noodz. The difference of course is that the women they usually message are people they actually know. As opposed to your brother who plays Facebook roulette and messages every woman he can find within a 25 miles radius.

Oh, and if you’re gonna become a teacher: You should probably get in the habit of disassociating yourself with big bro when he does stuff like this. Just sayin.

Anyway, we look forward to hearing from the Leominster PD about this. Sounds like the charges are pretty serious and Turtleboy might FINALLY be taken down after all.