For the first time in my lifetime we will finally have a possible gang member serving in the State Senate on Beacon Hill. 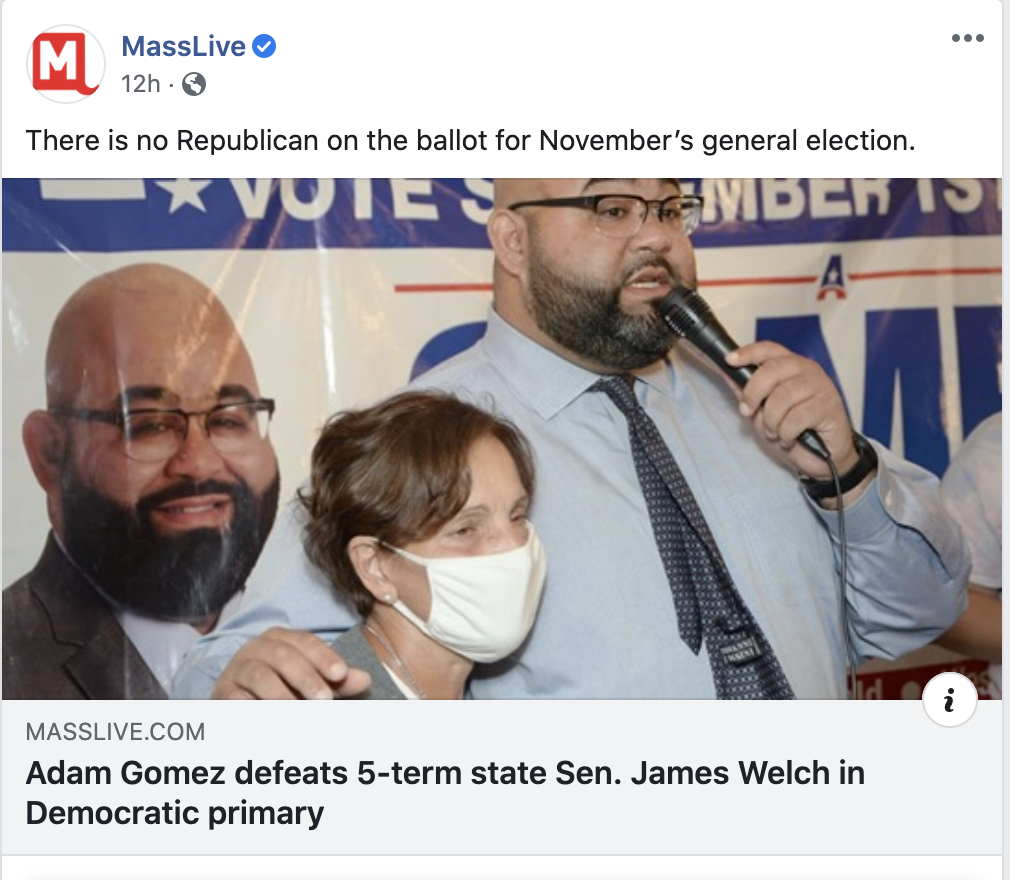 City Councilor Adam Gomez soared to victory in Tuesday’s primary for state Senate in the Hampden District, defeating five-term incumbent Sen. James T. Welch. Gomez took 10,270 votes to Welch’s 6,929, for a margin of 60% to 40%. There is no Republican on the ballot for November’s general election, meaning Gomez is almost all but certain to claim the seat. Gomez, barely won because he won Springfield, despite getting dominated in Chicopee and West Springfield. But Springfield has more people, most of whom are of the ratchet variety, which explains why they’d vote for a guy who was flashing gang signs in a 2013 rap video with notorious Latin King Pedro Rivera, who was arrested in 2016 for threatening to kill two Springfield cops.

A 40-year-old Chicopee man who was found with a gun in his pants and two open Hennessey bottles in the front seat of his car during an early morning traffic stop is charged with threatening to kill the two officers who stopped him, police said. Pedro Rivera of Bonner Street, Chicopee, is charged with two counts of threatening to murder, possession of a loaded firearm without a license, possession of a firearm with three prior violent offences, possession of an open container, and failure to stop for a red light. Same guy who shared pictures of rioters urging people to shoot back at cops while claiming to be “committed to non violence.” But he’s totally not affiliated with gangs, despite being besties with Latin Kings who invited him to appear in their rap videos. There are only 40 state senators in Massachusetts, and now a potential gang member who wants people to shoot cops is one of them. It should be noted that the guy he took out also voted for the “police reform” bill, but the fact that he’s white and doesn’t have any homies in the Latin Kings severely hurt his chances of getting the Springfield vote.

This is why Massaachusetts can’t have nice things.