Stabby McMethface Stabs Dude Who Won’t Let Him Into His Hampton Beach Party, Gets Arrested For Billionth Time, Says He’s “Breed” For Jail This guy right here is the reason you’re crazy if you still go to Hampton Beach. It’s full of animals. Come for the syphilis, stay for the stabbing. This is the kind of guy who’s wandering around at 2 AM looking for a party. And if you tell him you’re all set because he looks like a wildebeest’s asshole, then he’s probably gonna slit your throat.

Let’s take a look at his Facebook page to see what this stable genius is all about.

Here he is posting in 2017 about going off to prison after “only” facing seven charges.

According to a woman who commented on it he burnt a woman’s face, with a cigarette, beat her up, stole her kid’s social security cards, and was threatening and harassing her for quite some time. He’s also got mugshots for strangulation, four counts of domestic violence, violation of a protective order, and breach of bail. He allegedly made a fake Facebook profile, pretending to be his ex-girlfriend’s dead one-year-old son, but according to his buddy’s he’s a good guy because he works hard. He’s not afraid of prison though because according to him he’s “breed for it.” 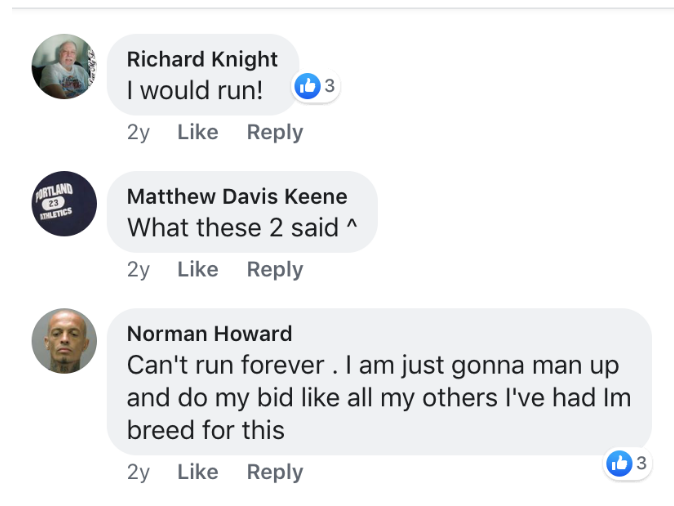 Plus he’s been saving up for commissary.

Going in and out of prison is just kind of part of life at this point. Heavens forbid we actually lock monsters like this up permanently. Looks like life in prison really isn’t that much different from life outside of prison based on the butt patrol he smokes crack with back in Hampton Beach. Save some pussy for everyone else guys!

Of course he can’t afford an attorney, so the taxpayer’s take care of that for him. He refers to the people who defend him for free as “public pretenders,” and refuses to pay them the minimal amount of money they require for their service. According to him, “I ain’t paying you shit run it concurrent fuck it run it consecutive I don’t care.” He also told the Judge to suck his dick.

And there were witnesses.

Does this look like the kind of guy who wouldn’t tell a judge to suck his dick in front of his public pretender? 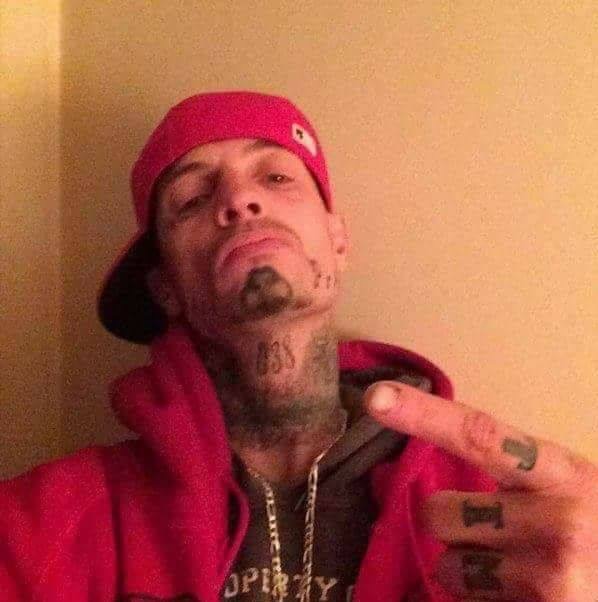 He also purports to be a Hell’s Angel and says he’s looking forward to their upcoming war with a rival bike gang.

But by all means, keep releasing this shithead back into the wild. What could possibly go wrong?