The Fitchilantes busted what is quite possibly one of their biggest pedos yet yesterday, and it’s allegedly Ralph Marino, the Stow, MA Chief of Police. They are releasing the video later, but he (predator poacher) has got images of him from the bust, he’s been visited by the State Police for questioning, the Town of Stow has put “acting police chief” on their website and taken his name down, and they’ve taken down all their social media. 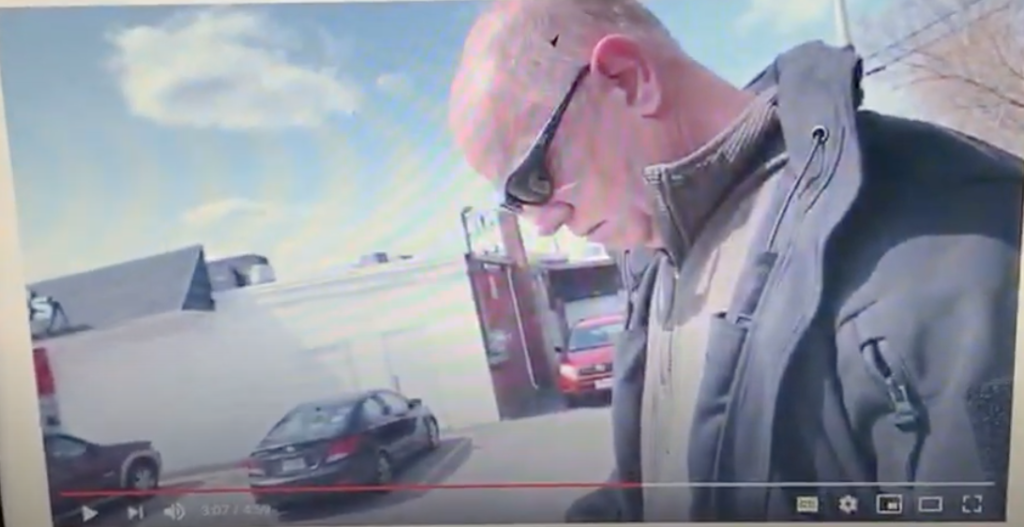 Yea, I would say that’s clearly him based on video of him 5 days ago after a two year old girl went missing in Stow and he was on the news. They have not published the chat log yet, but based on their past history they are always accurate. He has read some of them out loud on a live stream, and Marino asks him how big the imaginary 14 year old kid’s male member is, says that his is six inches, and claims to live in Leominster. He also agrees to meet at the boy’s house while he thinks his mother is at work, and drive him into the woods. This messaging was happening on the same day the child in Stow was missing. The vigilantes have now caught over 30 pedophiles and many have been arrested as a direct result of their work. They plan on putting the video up this afternoon.

I know I gave these guys crap the other day about the flat brimmed hat, but this is a huge public service and they should be commended for it. If this turns out to be true, which it almost certainly will based on the evidence, then this is the biggest story we’ve seen in quite some time. A guy who would gladly oversee the arrest of a pedo in his town is actively trying to bang teenagers when he thinks no one is looking. He also did it during a pandemic in which people are urged to social distance, and here he is trying to do the exact opposite with a child. Un-fucking-real.

How the fuck does the Chief of Police not know about these pedo hunters? They’ve caught a million people in a concentrated area in just a couple months. They’ve been featured on Turtleboy many times. If you’re still dumb enough to go out looking to fuck kids, knowing that these guys are out there, then you are a fucking moron on top of being a filthy, disgusting pervert.

Greg Hill does a weekly “Stow 5-0” segment on his show, because he lives in this town, in which he reads the police call logs. Wonder if he’ll be reading this one this week.