It is with a broken heart that today I announce my resignation from Congress. This is the hardest thing I have ever had to do, but I believe it is the best thing for my constituents, my community, and our country.

See my official statement below. pic.twitter.com/nG97RQIwvO

She really had no choice, considering the entire basis of the #MeToo movement revolved around the idea that people in positions of power can’t have sex with their subordinates because their subordinates cannot consent with someone who holds power over them and pays their salary. I actually didn’t hear that she resigned at first and only noticed it because we were getting a bunch of traffic on the blog we published about her on Friday from all over the country, and here’s what they were typing into Google before finding us. TB Daily News But like I said, it was really just a big let down, considering the fact that she’s actually got a really pretty face. 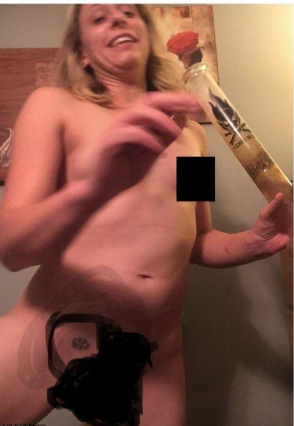 I know some right wing sites have run with the whole, “that’a a Nazi tattoo above her stench trench” thing, but I find it hard to believe that this woman is secretly a Nazi. And if we’re gonna call out the left for calling everyone Nazis the same rules should apply to the right.

Anyway, she didn’t HAVE TO resign, but she did so because she barely won in her first election and she’d almost definitely lose her second. Might as well quit now because it’s just bad optics for the party. Pretty interesting that AOC and Ilhan Omar couldn’t use their platforms to defend a member of their team. Guess “The Squad” doesn’t have any extra room for basic Becky’s from California.

Now you go to Katie Hill’s Twitter account and it’s just this embarrassing stream of her retweeting articles that portray her as some sort of victim here. Retweeting people who cry for you on your behalf is such a passive-aggressive douchey move.

To be clear, her husband is obviously a chud too. With her consent he was posting pictures of her on those “bang my wife” videos. Now don’t get me wrong, I’m a fan of those. I just like it when it’s not my wife. To me there’s nothing more emasculating than being a dude and begging other dudes to do your job for you because you’d rather punch the clown in the corner and watch.

But at the same time, the fact that she thinks she’s a victim in this is remarkable. She resigned because Nancy Pelosi told her to. Let’s not forget, Nancy and crew run to the defense of Ilhan Omar every time she says something stupid or marries another one of her brothers. She could’ve done the same for Katie Hill, but instead she remained silent publicly. Behind closed doors there is no doubt in my mind that her people told Hill’s people that she needed to resign. This has nothing to do with republicans and everything to do with democrats cutting bait with dead weight. There is no room in that party for a 32 year old white woman on a bang my wife website.

And no, it’s not something any millenial can relate to. To each their own, but this shit is just weird. I can safely say that I’ve never sat naked in a room with a fully clothed 21 year old lover, combing her hair.

The bottom line is that Katie Hill is a massive hypocrite because she ran on a platform of attacking Brett Kavanaugh and demanding that women be put in positions of power because they’re less likely to fuck their subordinates. And while she was doing that she was scissoring with a hot 22 year old who she was paying with campaign contributions, and who she had complete control over. General rule of thumb – if you’re fucking your boss, it’s probably unethical.