Update: After publishing this I discovered that Bristol Blarney wrote about these two winners in 2018. Read it here. Which is hilarious that she took shots at people who likely ran in her social circles.

This is Danielle Demaio, a “self employed,” totally non-junkie contributing member of society from War-wack. Yesterday she decided that she was gonna sell her bus pass for $50, which she almost definitely got for free from some sort of government program that rewards spunk gargoyles like her for doing absolutely nothing. The problem is she forgot to remove something from the picture first. Oops!! Might wanna get rid of that needle you just used to pump yourself full of Diego’s finest product before selling your government issued bus pass on a community yard sale page next time.

She must’ve realized what she’d done and tried it again without the syringe, and for $10 less. Unfortunately for her people noticed. She’s totally not junkie though. She doe NOT look like the face of a person who would polish your knob for a $25 gift card to Applebees. Some might suggest that this skag is so thirsty for the product that she steals shit and then sells it online to finance her “disease.” I don’t see the evidence though. It’s not like this her and her man routinely sells shit on Facebook that’s “never been used” before. 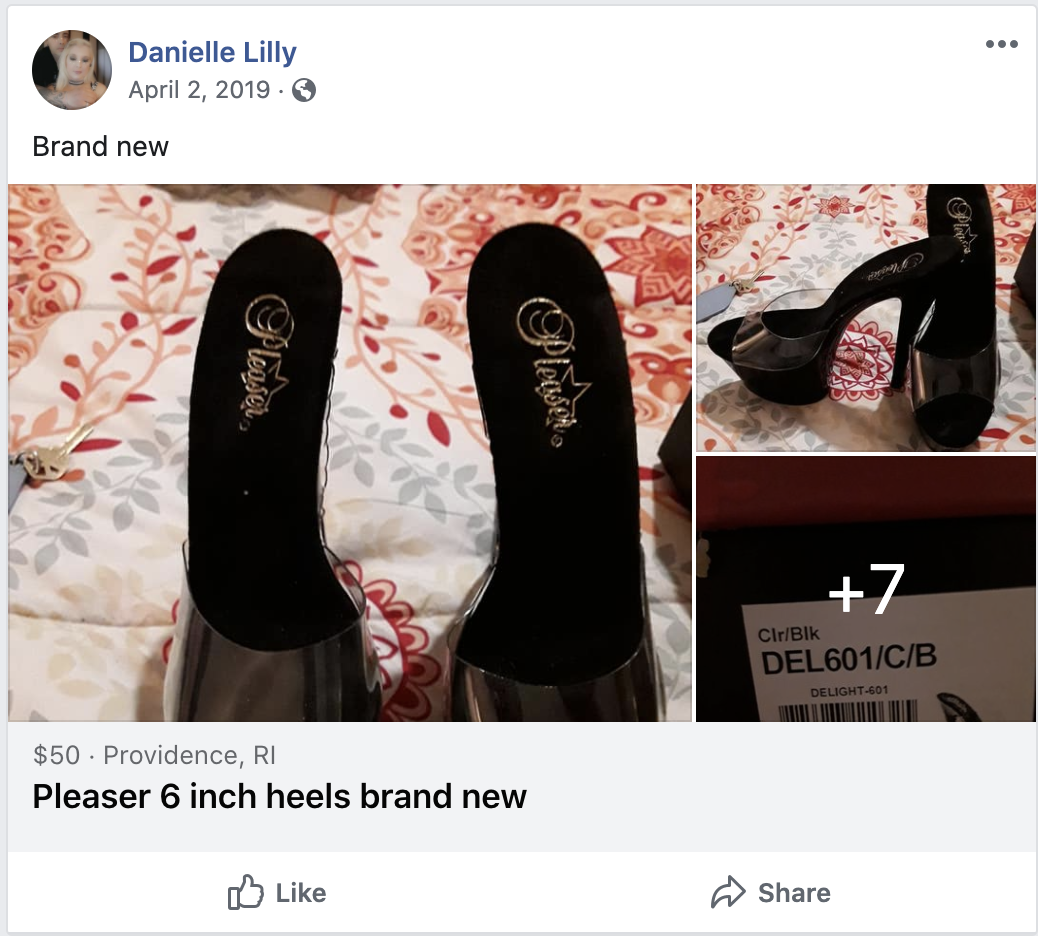 Nor has she EVER been charged with Failure to Appear for Arraignment on an original charge of Conspiracy-Violation of Controlled Substance Act originating from the Warwick Police Department.

Her lifetime “fiance” Brandon DiLorenzo seems like a reputable guy himself. Except for that time last year when the two of them were arrested at a motel in Providence because she was wanted for warrants on possession charges and he was arrested for being in the same motel as her since she had gotten a no-contact order against him.

Oh, and did I mention she’s a Mom? Yea she got called out for that underneath one of his posts by her family member when he was totally NOT pawning stolen goods for drug money.

Go away mother in law! They’re trying to sell their brand new TV’s for $250 which they bought and decided they don’t need! Stop encouraging them to take care of their kids or find jobs. That will greatly interfere with their online bus pass business.

Anyway, if Brandon or Danielle wants to come on the live show tomorrow to discuss this they’re more than welcomed to. Hit me up on Facebook at Clarence Woods Emerson or email turtleboysports@gmai.com.