Back in October we did a blog on some douchebag from Wilmington named Cam Burns after he kicked the shit out of his girlfriend, then said that he accidentally backhanded her with his fist. In today’s episode of “Ratchets: Where Are They Now?”, Cam Burns apparently got a job plowing for a company in his area. 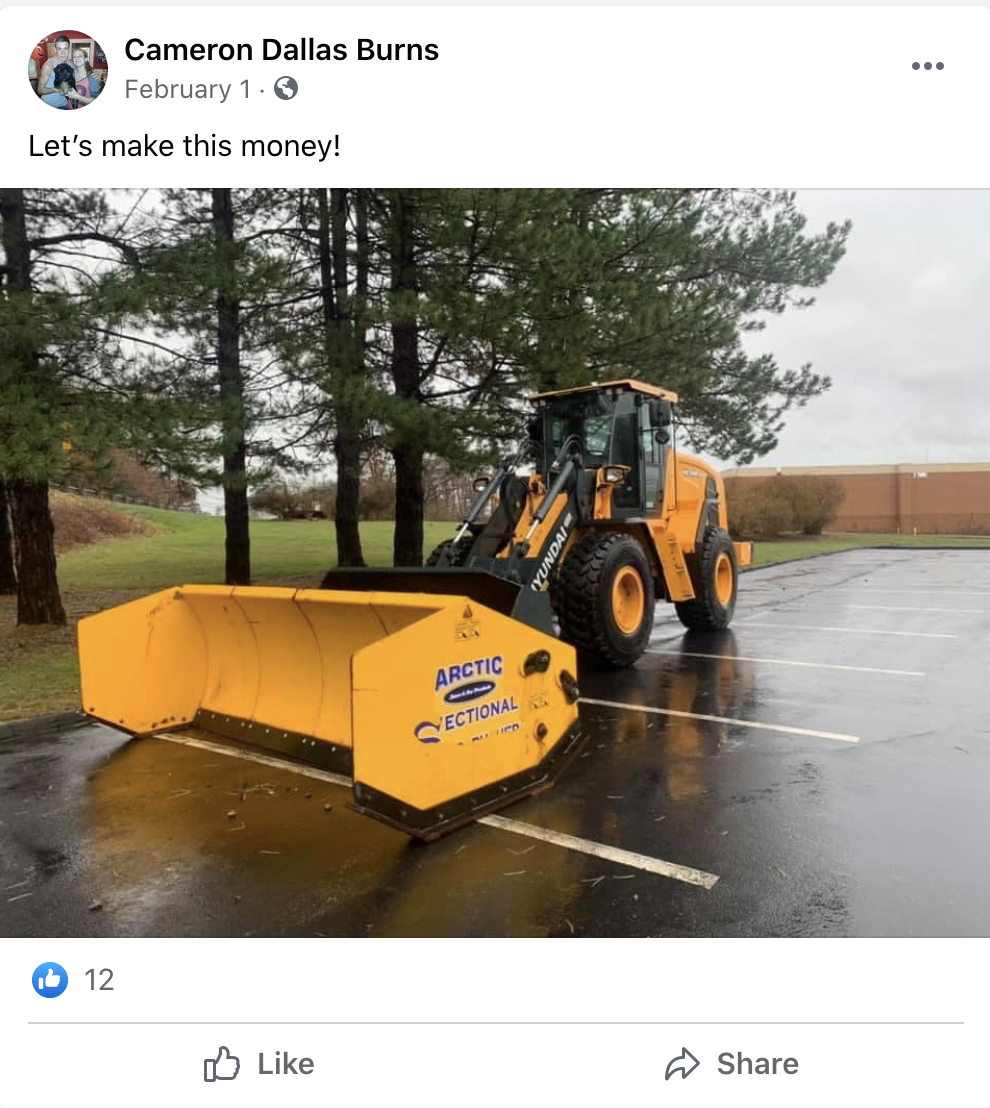 He often films himself working, because this is what people wanna watch on Facebook. To be clear, he is not remorseful in the least about what he did to that woman, which isn’t surprising since his father literally killed his ex-wife before killing himself, so it runs in the family. During one of his riveting hour long live streams he was pounding a bottle of vodka while operating heavy machinery and referenced the brutal beating of that woman: No clue who he works for, but the company should probably be alerted that their very expensive machinery is being operated by a drunk who says stuff like this about domestic violence victims:

“I’m fucking beat right now, even more than my ex.”

Again, this is what he is referencing. One thing I’ve learned from working at Turtleboy is that most ratchets cannot change their stripes. Although I’ve taken down plenty of blogs before about people who have reformed and genuinely want to move on with their lives in a productive manner, the majority are like Cam Burns and cannot change who they are. They’re just shitty, horrible people. Hell, I’ve even taken a couple of them under my wing and let them blog for me, or come on the Live show, or rehab their image. But I get fucked over sometimes because people like this cannot change due to the fact that they are incapable of ever admitting that they did something wrong, and they will ALWAYS blame other people for their actions.

Cam Burns is the perfect example of this. In his mind the girl had it coming, just like the woman had it coming when his father murdered his ex-wife. He’s been reflecting on the damage he caused by having tattoo parties with his boys, where they make small talk about their upcoming court dates and discuss who gets to take their ankle bracelet off first. Imagine being a grown man and still referring to your friends as “my boy?” At least they kept their pants on that time. Just a little butt play with special friends. Nothing to see here.

He’s been blaming his victim for hacking into his phone because he’s a raging alcoholic. Establishing how thick is too thick. Bragging about the thirsty females lining up to get a tongue bath. And keeping bitches at bay. Like I said, I believe in ratchet redemption, but sometimes your first instinct was the correct one.