Kyle Kennedy, AKA “Pure,” is best known as Aaron Hernandez’ prison bitch, who once had his attorney hold a press conference after Hernandez died claiming that Herenandez promised him a $50K rolex, and who once allegedly sold his soul in juvey for a Gameboy. He is now out of jail and his Instagram posts seem to indicate that he’ll be back there shortly (his page is private but he’ll let anyone follow who requests it). Here’s a video of dipshit driving 160 mph on the highway in a Maserati, which somehow he has acquired since leaving prison last month.

Perfectly normal. I’m not an attorney or anything, but I think going that fast is a little bit more than a speeding ticket, and may in fact be a felony. Good thing he filmed it and posted it on social media, and then accept Turtleboy’s follow request.

If you’ll recall, he went to jail where he became Aaron Hernandez’ play toy after being arrested in 2015 for robbing a convenience store and driving 110 mph on the highway in a failed attempt to escape.

So obviously his time in jail taught him a lot. Perhaps if he took some classes or reflected on how shitty jail was then he’d consider changing his ways. But instead he was engaging in gland to gland combat with the guy who would’ve been Super Bowl MVP if Wes Welker had just caught that fucking ball, and consequently he learned absolutely nothing. Waking up in Hilton suites with Louis Vutton on. 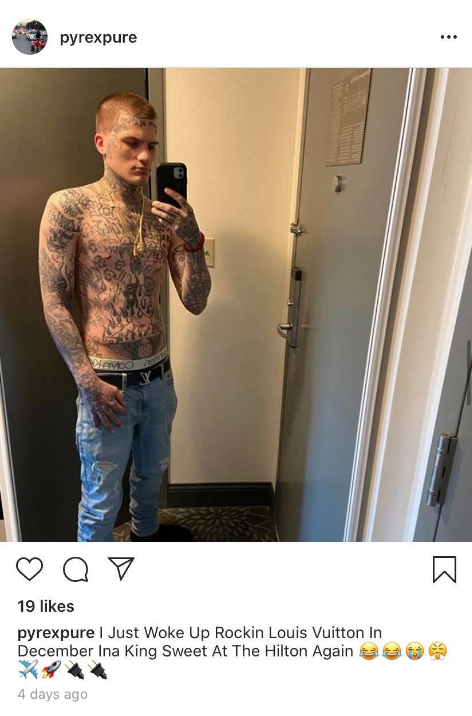 Referring to himself as a “big bag getta.” 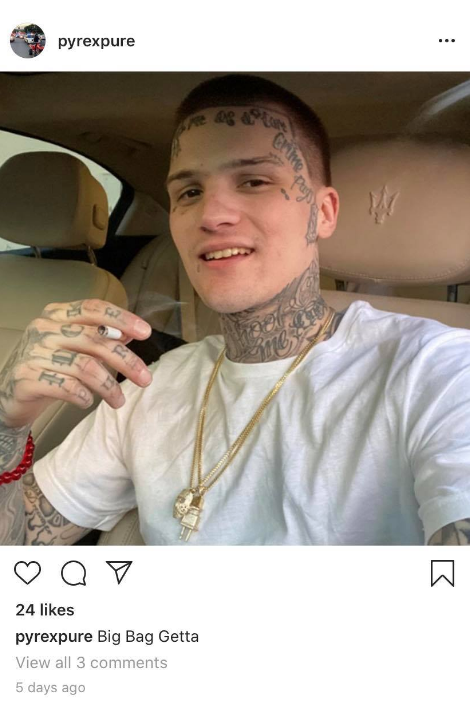 Can someone please inform Mr. Pure that you can’t pretend to be gangsta if you’re on record claiming to be Aaron Hernandez’ cuddle buddy?

Based on his prison exit photos, he might’ve got that watch though. I dunno, maybe he’s living off that interview money after he milked the media for all it was worth after his side piece killed himself. 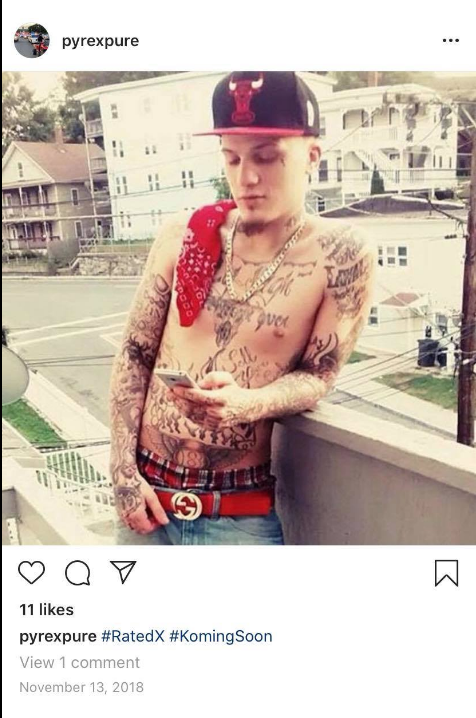 Anyway, I reached out to Pure to see if he’d like to come on the live show but have yet to hear back from him. As always, our door is always open, kind of like Kyle’s bunghole.