Desk Girl Takes Brunt Of Militant SJW Who Threatens Massive Lawsuit, Arrest By Maura Healy Herself If We Don’t Take Down Blog About Uxbridge SJW Friend Desk Girl Takes Brunt Of Militant SJW Who Threatens Massive Lawsuit, Arrest By Maura Healy Herself If We Don’t Take Down Blog About Uxbridge SJW Friend

Earlier today we published this blog about some local SJW from Uxbridge who decided to attack a couple local businesses for having signs that read “locally owned and operated.” Because it’s apparently racist now to have pride in owning a local small business. Real life. Anyway, we were done with the story, but a great way to keep your name around is to have someone message us on your behalf, with hilarious threats like this: 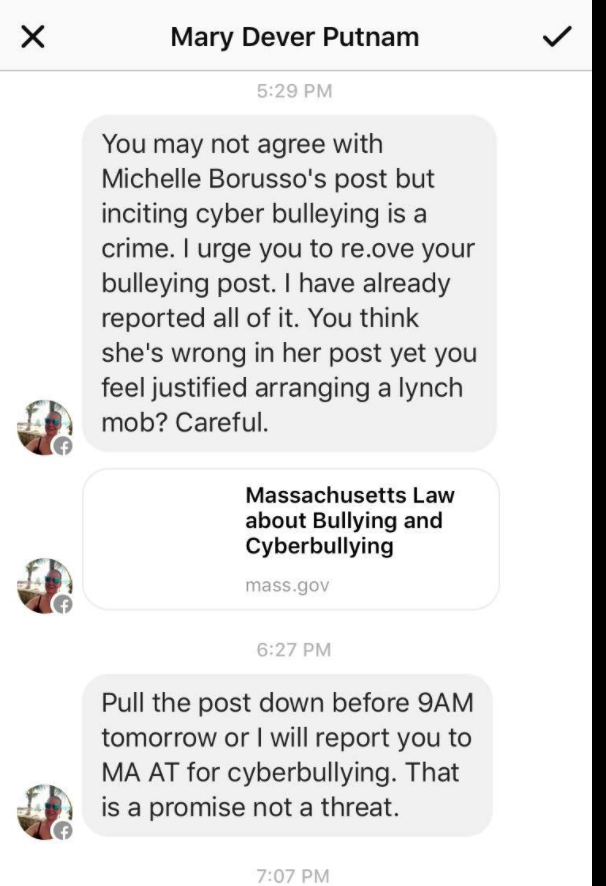 You know they’re serious when they, 1) have a link, and 2) have a deadline to meet their demands. This could be it turtle riders. By 9 AM tomorrow expect the site to be down for good as SSTG, MVTB, Intern Turtle, Doctor Turtle, Turtleboy Jr., J-Dubz, NSTB, RITS, Uncle Turtleboy, and the rest of the Turtleboy clan will all be in handcuffs, thanks to his genius: She’s resisting!! Things are about to get serious. VERY serious!!

See, we thought we knew the law and the constitution pretty well. We thought it was our right to criticize people who attack small businesses and intentionally try to divide Americans along racial lines. Little did we know there are anti-bullying laws on the books that prevent us from doing so. Foiled again!! 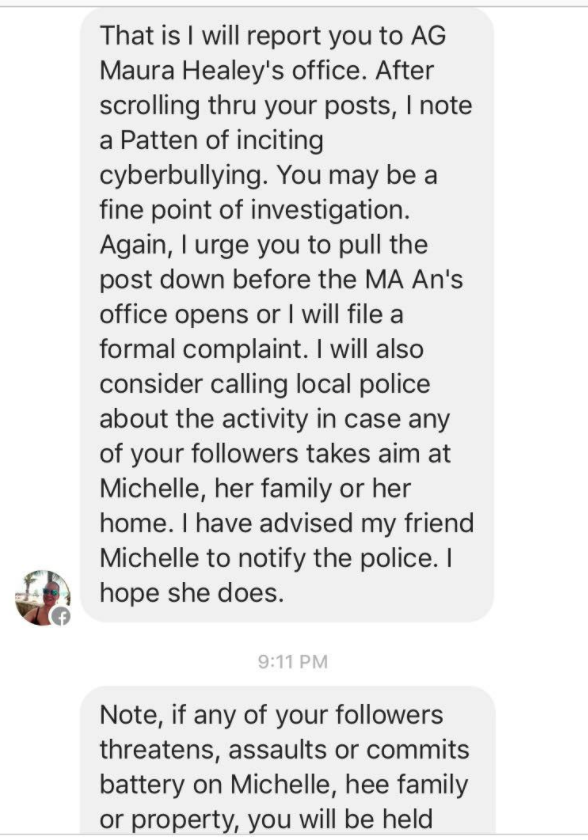 Uhoh, she’s not just filing a complaint. She’s filing a FORMAL complaint. It’s gonna be notarized and everything. By 9:05 tomorrow Maura Healy is gonna have it on her desk and her minions will be going town to town tossing Turtleboys in the paddywagon. Sure, we could explain to this woman how dumb she is for believing that we would ever be held criminally responsible for “inciting hate, toward stalking, toward assault, battery or worse,” but it’s better to just mock her and let her do her thing: After that it was time to call in the reinforcements. The one, the only, Desk Girl: After a while Deskie started doing what she normally does with winners like this – going off on tangents about her stench trench and explaining her background story to people who didn’t ask about it: She likes a challenge Deskie!! Challenge her to a wing eating contest. Or better yet – a dump off. Where you both take a huge dump and see whose dump is bigger. You’d destroy her girl!!

But Deskie didn’t do that. Instead she did what she always does – start talking about her bowel movements and dark cave: Predictably this legal scholar has some strong words for the Neo Nazies and the alt right from her Facebook page:

Hey lady, it’s hard to lecture Neo Nazis when you kind of look like one. Oh, she went to Theology school. She’s a pastor!! Because what SJW isn’t a pastor these days? Obviously Perry Mason here has us in checkmate. It was a great run, but every turtle ride comes to an end. We’ve met our match. Turtleboy is officially finished as of 9 AM tomorrow.