Kirk Minihane Says Erin Andrews Is 15 Pounds From A Waitress, Deadspin Pretends To Be Feminist Superhero And Fails Kirk Minihane returned to Dennis and Callahan today for the first time since he called Erin Andrews a “gutless bitch.” We wrote about it last week and we don’t really need to go over that whole thing again. Click here if you haven’t seen it yet. The gist of it is that any who gives a shit about sports knows that Erin Andrews is there for one reason and one reason alone – so that you can think about her naked. That’s it. She’s not even remotely close to being considered competent. There isn’t a person in the world that could even attempt to justify that. Doesn’t make you a misogynist, it just means you’re living in reality.

Anyway Minihane is taking shit from Deadspin and the PC rags out there for his “apology” upon his return today. Here’s what he said:

Of course Deadspin’s title was “Idiot’s Apology to Erin Andrews: If She Was 15 Pounds Heavier She’d Be A Waitress.”

Yea, no shit. Minihane isn’t an idiot for saying that. Anyone who denies that is an idiot. Please, find me one thing Erin Andrews has said that you would consider insightful. I’ll be waiting.

Deadspin is just doing what most PC dingbats do – trying to show off to the PC crowd how evolved they are. Rather than nod their head in agreement that Andrews would be a waitress if they weren’t at home fantasizing about her, they jump to her rescue because the thought of seeing their blonde barbie doll get brought down a rung is something they just can’t allow.

Wannabe male feminists are the worst people on earth. I’m a real feminist. I want the best and most highly qualified women to have access to the best paying jobs. Erin Andrews is not one of those women, and I would argue that by attempting to shield their damsel in distress, they are the ones who are acting patriarchal. Shouldn’t a strong, capable woman like Erin be able to defend herself with her own credentials? Shouldn’t she be able to handle some fair criticism from a Boston radio sports talk show host?

The problem is that these guys from Deadspin all were brainwashed by insane feministos and pinkos in college. One of my first classes at UMass was called “Men and Women in Literature.” We spent an entire semester learning about how evil the classical authors were for how they portrayed women. One by one I watched the other male students in the class raise their hand and talk about how evil men are, as if they were gonna somehow score brownie points with the men-hating feministos in the room.

This phenomena is all the rage. Just check out these guys: 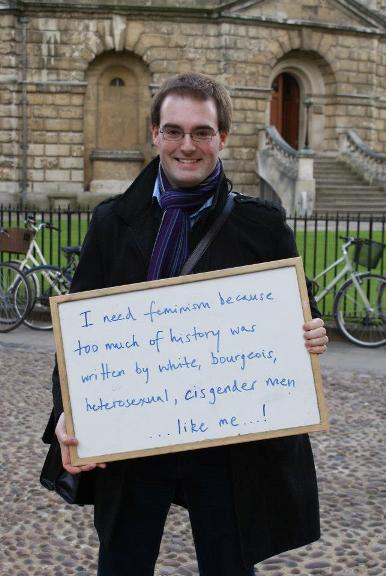 See that? He has gender bias and he doesn’t want to. He’s such a misogynist at the core that he hates himself for it. This is the brainwashing you go through in college. Some of us are smart enough to see through it. The rest get jobs at Deadspin.

The funny part about this is that Deadspin is the one throwing mud. Because they have such a flawless track record in journalism……

Remember when Deadspin wrote a column that suggested that Sarah Palin had slept with Glen Rice? I do. I also remember them irresponsibly publishing a second hand witness who claims Palin said, “I fucked a black man! She was just horrified. She couldn’t believe she’d done it.” There’s nothing sexist or irresponsible about that though right? Because Sarah Palin is pro-life and has a gaggle of children, so she’s not REALLY a woman.

Or how about the time they published naked photos of Grady Sizemore? Nothing like cock shots for the purveyors of journalistic integrity at Deadspin.

Or when they jumped on the bandwagon and accused the Duke Lacrosse players of being rapists, because they were white and male. Weird, because every major contributor who writes for Deadspin is both white and male. But hey, when you’re born into the bad guys you have to make sure you go over the top to show everyone else you’re not one of them.

And you definitely can’t call her a bitch. Despite the fact that Deadspin just released their results from the ongoing blog about the Bitchiest People on the internet. The list includes Twitter feminists, Christian conservatives, and all hockey fans. Because it’s OK to call some people bitchy, as long as it fits Deadspin’s agenda. 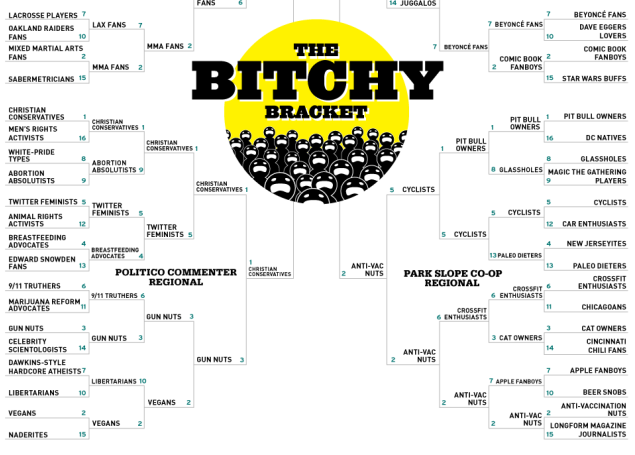 Here at Turtleboy Sports we don’t think anyone should have to apologize for merely stating the truth. Too many assholes out there don’t wanna hear it and they yell and scream until it’s taken away from us. Kirk Minihane is telling these people to go fuck themselves every time he speaks his mind on the radio. And for that we salute him.