WBSM: A New Bedford woman is under arrest after police say she punched a pregnant woman during a fight in the parking lot of a fast food restaurant. Police responded at about 10:04 p.m. Wednesday night to a report of an incident between two women outside the Taco Bell located at 141 Coggeshall Street. When police arrived, it was determined that 35-year-old Rebecca Rose Mendes of 74 Osborne Street in New Bedford punched a pregnant woman during an encounter between them in the parking lot. It appears the two women were known to each other. Mendes was arrested and charged with assault and battery on a pregnant woman. 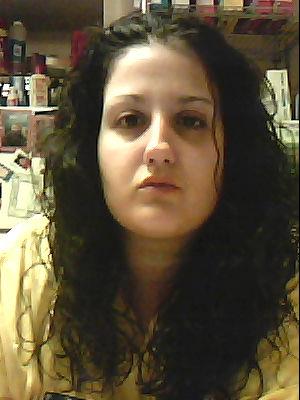 It wouldn’t be a Wednesday in New Bedford if a butter glazed cheesehog wasn’t punching a pregnant chick right in the placenta outside of a Taco Bell. That’s what you get for not sharing your Burrito Supreme!!

We also happened to notice that she was tagged on this winner’s Facebook page: Because we blogged about him in November after he and his flat brimmed Chicago Bulls hat donning butt buddy were arrested for armed robbery. Turns out Tommy Boy is the father of at least one of her children. Yes, that’s right – she’s reproduced. A woman who punched a pregnant woman in the stomach has known what it’s like to have a human being inside of your stomach. She looked at this thing…. And said to herself, “Boy, I sure would like to treat that man to some raw dog. Better make a baby with him. He seems like the kind of guy who would never be late with a child support payment.”

He’s the same chudbanger whose parents rushed to his defense to tell everyone to stop being mean to him, even though he’s robbed half the liquor stores in New Bedford, because of his “disease”: