Pardon me if you’ve heard this before – but a creepy looking dude got caught selling heroin in Spencer. 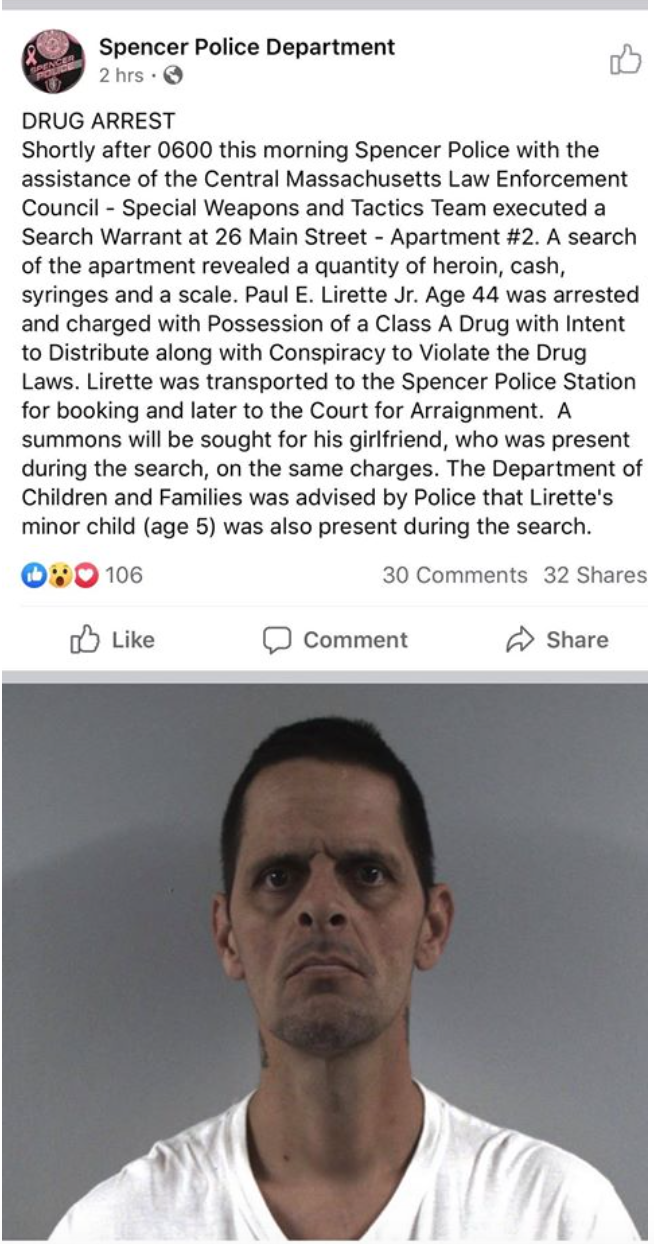 Keeping the heroin in the general vicinity of your 6 year old crotch fruit. Nothing gets by this guy. Jessica Lirette. And a post that she made last month was just too deliciously ironic not to point out. Sure, the guy listed as her husband on Facebook was arrested with a crotch fruit that could be her’s, because he was selling heroin. Sure, she didn’t think this was worth posting about on Facebook and if she still lives with him she made no effort to get the kid out of there.

But a sad looking dog outside on a leash? Better steal that shit.

The irony of it all.

At least he knows what to expect in the can.