Turns Out Daddy Dick Pics Wrote The Most Ironic Post Ever To Grace The Internet On The Kingston Locals Page, Has A Creepy Twitter, And Has Been A Huge Creep Since The 90s Turns Out Daddy Dick Pics Wrote The Most Ironic Post Ever To Grace The Internet On The Kingston Locals Page, Has A Creepy Twitter, And Has Been A Huge Creep Since The 90s

Earlier today I wrote about this level 3 creepstick who was arrested for “accidentally” exchanging noodz on snapchat with a 17 year old girl he was also sexually involved with in real life, presumably because he tripped, fell into her, and unwittingly became a sleazy child predator.

Well, according to our comment section, anyway, Mike is super accident prone, because this apparently is a longstanding habit of his. You mean this guy is a serial sleazeball? No way. 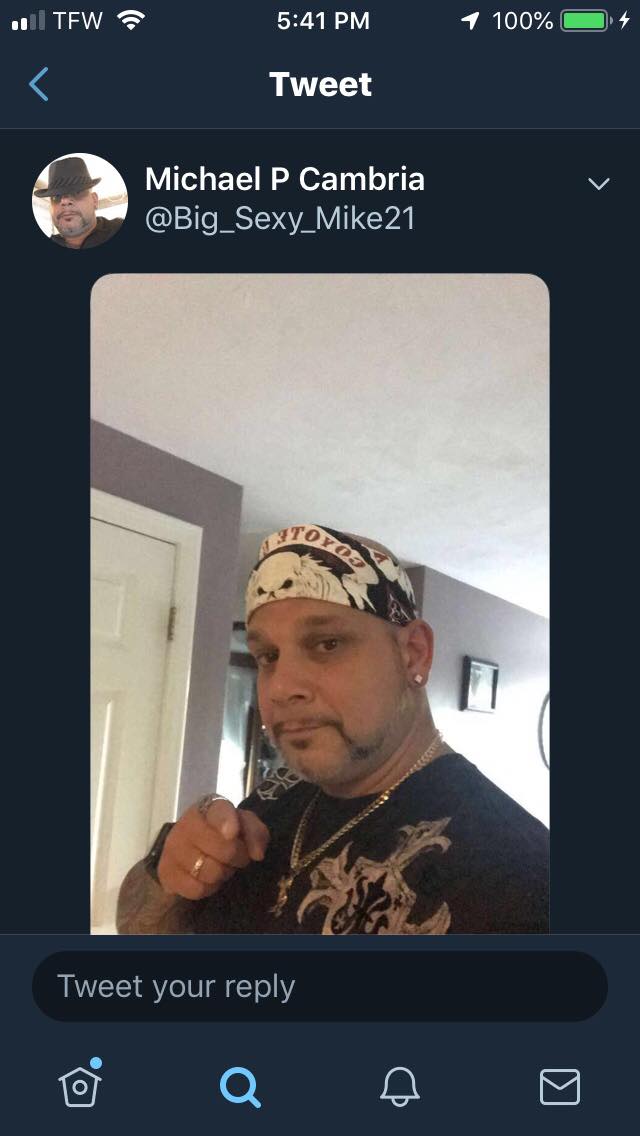 He seriously looks the the tubby love child of Mr. Clean and Brett Michaels.

In an utterly sick and somewhat hilarious twist of fate, turns out human douchenozzle went out of his way to warn the community about potential sexual predators messaging the town’s young teenage girls.

Now that’s what you call eliminating the competition.

His twitter, where he goes by the name “Big Sexy Mike”, is full of the most cringey videos and images I have set eyes on in quite some time, and I go down a lot of internet rabbit holes.

“Call me by my name”

I just threw up a little in my mouth.

I honestly want to know what sort of witchcraft this chud is employing to get laid at all, let alone by his cougar smoke show wife and a bunch of young girls. Who looks at this And does anything but recoil in horror? How do your nethers not dry up like the Sahara as soon as the shirt comes off, let alone get even a tiny bit moist? I’m honestly perplexed by this. But hey, Mrs. Smokeshow – if our comments section is any indication of the real world (it is), you’ll have plenty of choices at your disposal should you chose to lose the fat balding creepshow. It should be a cakewalk to find a guy who won’t slip and fall into statutory rape charges every time it’s his turn to drive carpool.